Princess Beatrice is clearly a devoted stepmother. During a post-Christmas shopping trip, the Queen’s granddaughter was seen in a necklace with the initials ‘W’,’E’ and ‘S’.

The ‘W’ stands for Wolfie, the nickname of her five-year-old stepson, Christopher, whose middle name is Woolf.

The ‘S’ stands for Sienna, the name of the Princess’s three-month-old daughter. 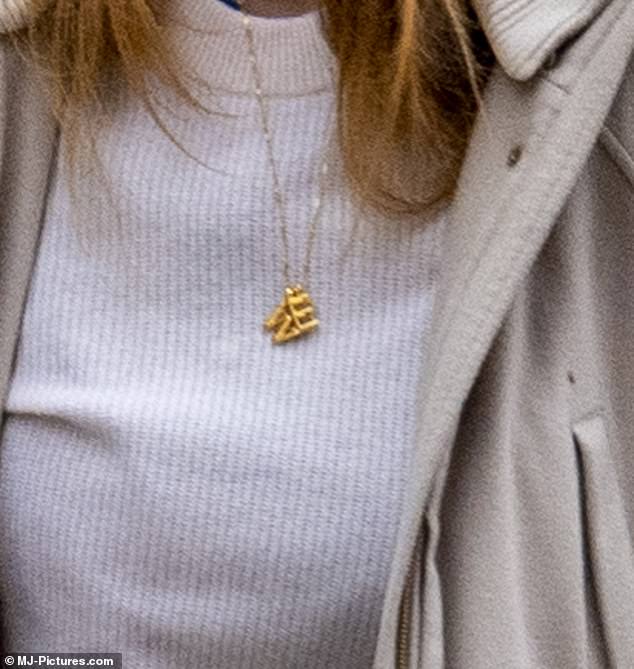 The ‘E’ stands for Edo, the nickname of her husband Edoardo Mapelli Mozzi, whom Bea married in a 2020 lockdown wedding attended by the Queen.

Gentleman Jack star Suranne Jones, who’s previously admitted to suffering from ‘crippling anxiety’, has called for actors to be given experienced ‘mentors’ at the start of their careers.

‘What I do feel is missing from our industry is some kind of mentor system,’ says Jones, who also starred in BBC dramas Vigil and Doctor Foster. ‘I’m talking about when someone joins a show, or when someone gets a new job and they don’t know the industry.’ 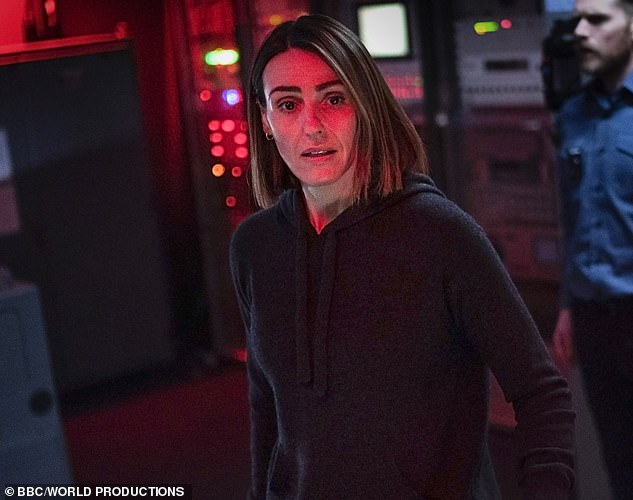 Gentleman Jack star Suranne Jones has called for actors to be given experienced ‘mentors’ at the start of their careers.

The 43-year-old actress, who’s married to scriptwriter Laurence Akers, adds: ‘It would be great to have people looked after, and a duty of care that I think might be missing. It isn’t frivolous.’

Florence’s boots are made for walking… off a hangover!

Little Women star Florence Pugh is determined not to be so little.

The privately educated daughter of Oxford restaurateur Clinton Pugh has taken her style to new heights by hitting the town in platform boots with eight-inch heels.

She describes the £2,600 ‘heels for queens’ as ‘my Christmas present to myself’. The Blackout H-Boot was created by British-American designer Harris Reed, who promotes ‘the beauty of fluidity’. 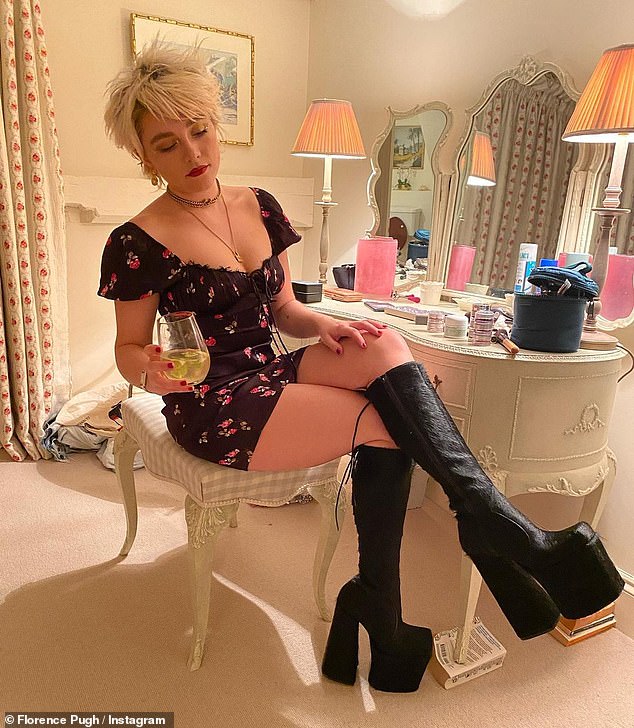 She describes the £2,600 ‘heels for queens’ as ‘my Christmas present to myself’

Pugh certainly appears to have found the beauty of fluids on New Year’s Eve, as she admits she was still ‘nursing’ a hangover two days later.

Yesterday, the celebrations continued as she turned 26. Her boyfriend, the American actor Zach Braff, is 47 in April.

Sadie Frost’s sister, Holly Davidson, has spoken publicly in the past about her heartbreak after suffering a series of miscarriages.

So the former Casualty star’s family are delighted that she’s just given birth to her first child at the age of 41.

She and her fashion photographer husband, Sebastian Roos, 45, have named their daughter Frankie. ‘The labour was a dream, and I can honestly say I enjoyed it,’ notes Holly, who’s now an author of best-selling fitness books.

‘Frankie is doing very well. She is super chilled.’

This could be hard to swallow: Christian Dior has brought out a Thermos-style flask costing £620. A similar unbranded version costs a tenner.

The French firm gushes: ‘The Dior Aqua bottle is an exceptional work of technical savoir faire and elegance.’

The stainless steel bottle is equipped with isothermal technology to keep drinks hot for 12 hours and cold for 24.

It comes with a ‘grained calfskin bottle holder with shoulder strap’ and is made in Italy. Sounds like something for fashion victims with cash to burn.

Appearing in the Christmas special of BBC detective drama Death In Paradise was far from heavenly for actress Juliet Stevenson, who filmed in windy Guadeloupe, in the West Indies.

‘It was either a gentle breeze or a raging hurricane,’ wails the Truly, Madly, Deeply star, 65. ‘I was meant to be this elegant expat, but most of the time I looked like Boris Johnson with a mop of crazy blonde hair, and with my skirts up around my ears.’

Upstairs, Downstairs star Nicola Pagett has ensured that her daughter Eve remains in the upper echelons.

The actress, who died suddenly from a brain tumour last March aged 75, left Eve £1.1 million in her will.

Pagett, who played Elizabeth Bellamy in the hit 1970s period drama, was married to Eve’s father, the playwright Graham Swannell, for 22 years.

Newly published probate documents disclose that she left a gross estate of £1.3 million, reduced to £1.2 million after settlement of her financial affairs.

Pagett became infatuated with Tony Blair’s spin doctor Alastair Campbell, bombarding him with love letters, even though they had never met.

She was treated for mental health problems and documented her battle with manic depression in her 1997 book, Diamonds Behind My Eyes.

When the Queen breaks the ice with strangers by asking, ‘What do you do?’, she is listening carefully to the response. George Goudsmit, the boss of a solar panel firm who met the monarch in the Isles of Scilly, says: ‘She asked what I do and I told her I make solar panels. She was very interested in that. As she walked away she turned around and said, ‘Maybe I should have solar panels at Balmoral’.’ He followed it up and later installed some at the Queen’s Scottish estate.