John Motson became the voice of football during his 50 distinguished years as a commentator, but seems worried about the arrival of women behind the microphone.

‘Motty’, who retired from the BBC earlier this year, suggests that the higher pitch of female voices is not suited to radio.

‘I’m quite happy to accept them, but there’s a certain voice for football,’ he tells me at the Oldie magazine lunch at Simpson’s in the Strand.

‘The lady’s voice is fine in front of a camera — or pundits in a studio, I’ve no problem with that. But, when a goal is scored, the voice is something they’ve got to address.’

Motson, 73, came out of retirement to work for the commercial station Talksport. ‘I’m loving it,’ he enthuses.

‘It’s so much easier. The BBC drains you; it gets hold of you and it sucks the life out of you.

‘At Talksport you go in and everyone’s cheerful; you can say what you want, it’s much better.’

The course of true love never did run smoothly for Chelsy Davy.

Prince Harry’s 32-year-old former girlfriend, who looked so forlorn at her ex’s royal wedding, has been courted by dashing television producer James Marshall since April.

Zimbabwe-born Chelsy put on a very public display of affection with James just weeks before Harry’s wedding, below, but they already seem to be heading in opposite directions. 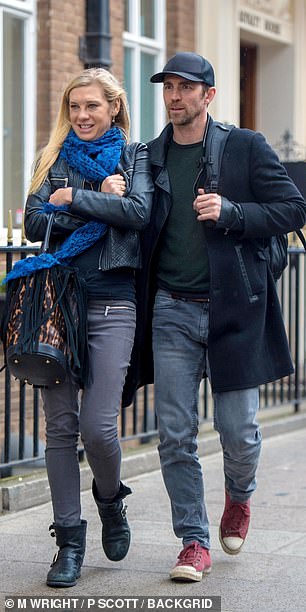 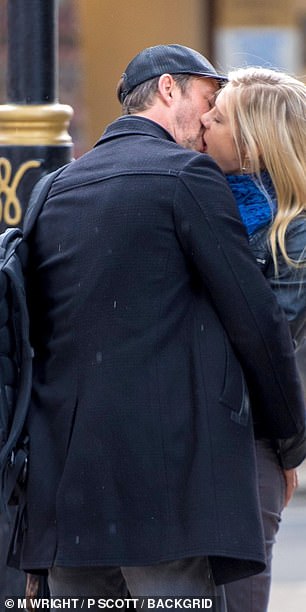 James, 44, who was previously married to Elettra Wiedemann, granddaughter of Hollywood legend Ingrid Bergman, has told friends he’s planning to buy a house in Los Angeles.

However, one of Chelsy’s chums tells me: ‘She has no intention of moving to LA. She splits her time between South Africa and London and she’s not going to uproot her life so early in a relationship.’ 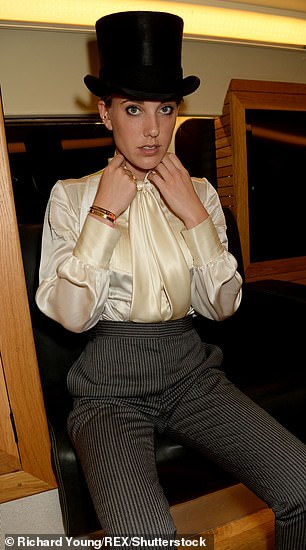 Daisy Knatchbull made a grand statement at Royal Ascot last year when she defied convention by arriving at the race meeting in a gentleman’s morning suit, complete with a top hat, left.

Now, the 25-year-old great-granddaughter of the 1st Earl Mountbatten of Burma hopes to make a lasting mark in the fashion world by creating her own brand.

‘I’m setting up my own bespoke women’s tailoring company, called The Deck, which will specialise is tailoring for women,’ she tells me.

‘I’m opening a shop in Chelsea in March.’

She has already conquered male-dominated Savile Row by rising to a senior role at Huntsman & Sons, a tailor featured in the Kingsman action films starring Colin Firth.

Daisy, whose uncle Nicholas was murdered by the IRA in the 1979 atrocity that also killed Lord Mountbatten, will be supported by her new boyfriend in her venture, even though he’s no fashionisto.

She tells me: ‘I’m seeing a guy, but I can’t tell you anything about him except to say he is not part of this world.’

The grim events of 2013 have returned to haunt Artem Berezovsky, son of the late Russian oligarch Boris.

Four months after Boris was found hanged in the bathroom at his Ascot mansion, Artem lent his 3.2 litre Audi — registration number A3TEM — to an improbably named male model, Storm Burger.

Burger took a friend of his, Alfie Grimes, for what was nearly a fatal spin, ending when the Audi slammed into a house at 80mph.

Grimes, who suffered severe head injuries, is now suing Burger for £200,000 in the High Court.

This has prompted Artem’s insurer, Allianz, to warn Artem that, if it is liable for any damages, it intends to retrieve them from him — because he allowed Burger to drive while uninsured. 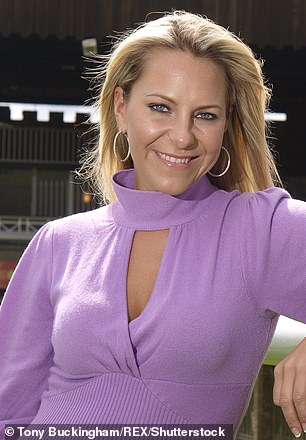 Emma, 40, who was married to top Irish jockey Jamie Spencer, is to wed Adrian Gott, boss of the Clarence Court ‘posh eggs’ firm.

‘It’s time for a new chapter,’ says Emma, who is to work as the PR and marketing boss of Gott’s company.

The presenter, who was Channel 4’s face of racing until 2016, is selling her 19th century home in Newmarket for £3.5million to move in with her fiance in Berkshire.

Let’s hope the mother of three isn’t putting all her eggs into one basket.

Keep it to yourself, but… a celebrated actor is known for texting saucy aubergine emojis to pretty girls as tokens of his ardent desires.

What should you do if the object of your affections fails to respond positively?

In the case of ostentatious gold bullion trader James Stunt, you shower her with romantic messages and even offer to donate a valuable painting to the museum of her choice.

Stunt, 36, who was divorced from Formula One heiress Petra Ecclestone last year, is besotted with art curator Princess Maria-Anunciata of Liechtenstein, 33.

He is said to have racked up tens of thousands of pounds in mobile phone bills calling her, but has still failed to make any progress. Now, Stunt makes a public plea for ‘this true thoroughbred’ to get in touch.

How could she resist such ardour?