She stripped off with Dominic West in The Affair, but Ruth Wilson admits she’s never satisfied when filming in the bedroom with prudish Brits.

‘You often do sex scenes and it’s never talked about until the day of shooting,’ says the investment banker’s daughter, 38, who’s currently starring in the hit BBC Sunday night drama His Dark Materials.

‘It’s people’s inability to talk about it and the conservatism around nudity and — certainly in the UK and the U.S. — about nudity and sex and intimacy.

‘People would just prefer not to talk about it rather than deal with it.’

She stripped off with Dominic West in The Affair, but Ruth Wilson admits she’s never satisfied when filming in the bedroom with prudish Brits (pictured together)

‘You often do sex scenes and it’s never talked about until the day of shooting,’ says the investment banker’s daughter, 38, who’s currently starring in the hit BBC Sunday night drama His Dark Materials

The smart set’s talking about… Hollywood royalty moving to London

As the daughter of £228 million Warner Bros chairman Terry Semel, she was Hollywood royalty who partied with Tom Cruise and went to school with Paris Hilton and the Kardashians. 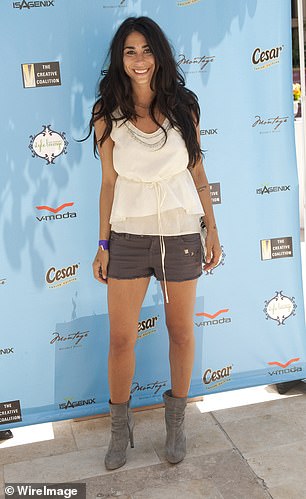 But now Courtenay Semel’s moved to Belgravia after deciding that tinseltown has lost its glitter and London is the world’s most exciting cultural centre.

‘I was only meaning to stay for a month, but found this beautiful place so I moved,’ she tells me.

‘Knightsbridge has the cleanest supermarkets and there’s no trash on the streets.’

Courtenay, 41, declares: ‘I had to run because the Hollywood I know doesn’t exist. The chic old Hollywood is over. I noticed that when #MeToo came crashing down.’

‘I’m totally single,’ she declares, adding: ‘I would like to bridge the gap between the film industry in the U.S. and the UK. A female coming here and kicking ass needs to happen.’ Look out!

Dawn French has donated a Rolex watch from a mystery ‘celebrity lover’ to a charity auction.

The Vicar Of Dibley star, who declines to name names, is just one of the stars who has dug deep for the Griff Rhys Jones’s online Celebrity Bottom Drawer auction to raise money for East Anglia Children’s Hospices.

The oddest item donated are a pair of red underpants worn by Tom Hollander in movie In The Loop. ‘He insists they’re well-laundered,’ Griff chuckles. 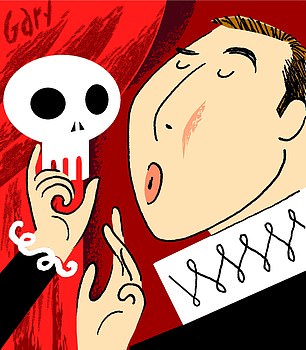 Being a funnyman isn’t all it’s cracked up to be, according to Little Britain star David Walliams.

‘I wanted to be a serious actor,’ the comedian-turned-children’s author admits.

‘At one stage I wanted to be like Anthony Hopkins, but then I realised that whenever I tried to act people just laughed at me.’

Walliams adds: ‘I sort of had to enter comedy because, I think, sometimes there’s something faintly ludicrous about you that you don’t necessarily realise.’

The Rolling Stones, Pink Floyd and Oasis are among many to have rocked Knebworth, but the gothic Tudor pile is now to play host to a far more intimate celebration.

I can reveal Burberry model Morwenna Lytton Cobbold, whose family own the Hertfordshire stately home, has got engaged and the wedding is set to be held there.

The winsome redhead, 30, is to marry stylist Phil Bush, who used to sing with rockers The Cazals. ‘Their wedding is going to be out-of-the-box and spectacular,’ claims a pal. 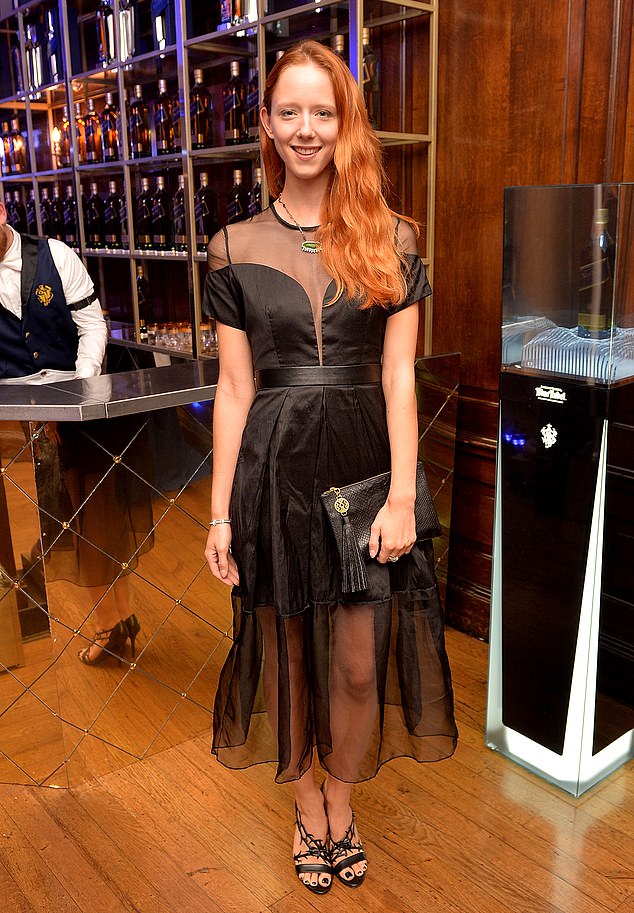 I can reveal Burberry model Morwenna Lytton Cobbold, whose family own the Hertfordshire stately home, has got engaged and the wedding is set to be held at Knebworth

He has the BBC running through him like a stick of rock, but David Dimbleby admits he now switches over.

Speaking of U.S. election coverage, he says: ‘I watched ITN on the night quite a lot as they had quite a good studio set-up and Tom Bradby was really good.’

Princess Eugenie’s baby is due early next year, but her mother’s already toasting a new arrival.

I hear Sarah, Duchess of York’s half-sister, Eliza, 34, has given birth to her own first child with her husband, tuition director Harry Cobb. And to add to the jollity, baby Elba Pear Rosemary was born on Fergie’s 61st birthday.

‘The Duchess is thrilled,’ her spokesman tells me. ‘It was the perfect gift for her birthday.’ Lockdown means Fergie hasn’t yet seen her baby niece’s nursery in South London.

‘We really hope we will be able to get together for Christmas but obviously don’t know yet,’ Eliza tells me. She and Sarah share the same father, the late Major Ronald Ferguson, but have different mothers.

When Prince Andrew joined the board of Naples Gold Ltd in 2003, he used the name Andrew Inverness, which disguised his involvement.

Now, the company, which was set up with Andrew’s pal Johan Eliasch, is to be closed down, after this newspaper disclosed the prince’s involvement earlier this year.

Andrew had described himself as a ‘consultant’ at the business, which has applied to Companies House to be struck off the register. 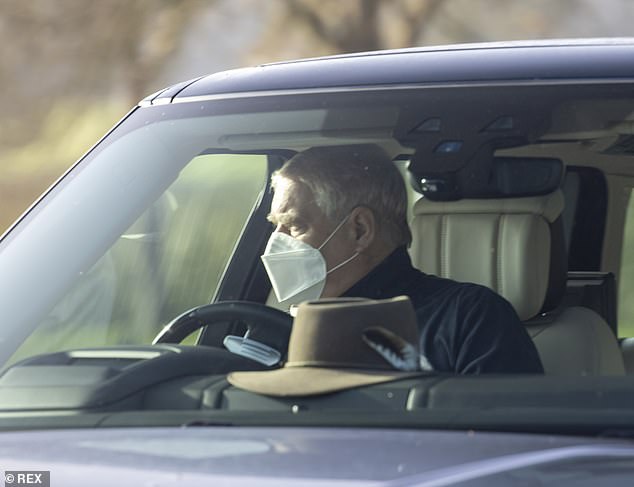 When Prince Andrew joined the board of Naples Gold Ltd in 2003, he used the name Andrew Inverness, which disguised his involvement

Neither he nor Swedish sports tycoon Eliasch had ever discussed Naples Gold publicly.

Eliasch signed off the document to close the business on Wednesday.

Last month, I disclosed that Eliasch’s relationship with Andrew had deepened after he was made director of one of the prince’s projects, Pitch@Palace Innovations.

The brother of handbag designer Lulu Guinness has left his widow a fortune. Investment banker Simon Rivett-Carnac, who was found dead outside his country home last December, bequeathed Sarah more than £10 million.

Documents from the probate office in Oxford disclose that Rivett-Carnac, 53, left a gross estate of £11.73 million, reduced to £10.2 million when his outstanding affairs were settled.

He died after a gunshot to the head; police said there were no suspicious circumstances.