Sir Mick Jagger knows you can’t always get what you want, but is, nevertheless, facing up to a rare romantic reverse.

The wrinkly rocker’s much younger paramour, Noor Alfallah, seems to have abandoned their three-year love affair in favour of a new suitor.

Woundingly, her new man is both richer and younger than the Rolling Stones singer, 75, and has been wooing Noor, 23, for several months.

She has shared pictures online of herself with billionaire philanthropist Nicolas Berggruen, 57. 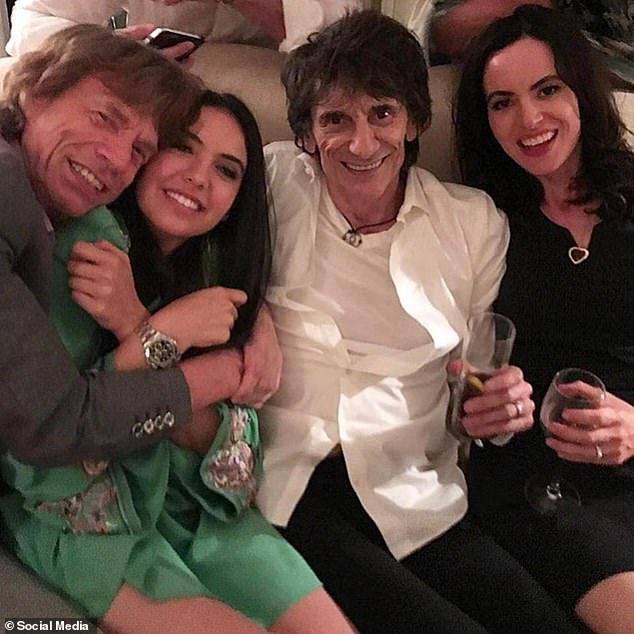 Her new boyfriend is both richer and younger than the Rolling Stones singer, 75, and has been wooing Noor, 23, for several months. Pictured: Mick Jagger (left), Noor Aflalah (second left, with Ronnie Wood (second right) and his wife Sally Humphreys (right)

The son of an art collector and an actress, Berggruen, who previously escorted supermodel Claudia Schiffer, was schooled in Switzerland but made his fortune in America, mostly in property.

The tycoon, whose craggy looks are often likened to Jagger’s, was first seen having lunch with Noor in New York in April, although at that time sources indicated she and Jagger were still an item.

In a gushing post in August she posted a picture of herself and Berggruen, and wished her ‘partner in crime’ a happy birthday, adding: ‘So happy I get to celebrate with you.’

In October, Noor and Nicholas were also spotted at an art exhibition together in Los Angeles, and they spent at least some of the summer together in Capri and St Tropez.

A serious Oscar contender for his performance in the forthcoming Hollywood film Stan & Ollie, Steve Coogan has decided to clear out the skeletons from his closet.

The actor and comedian, 53, who is best known in this country for his politically incorrect alter ego Alan Partridge, has spoken for the first time about his tumultuous, drug-fuelled romance with Courtney Love, 54.

Coogan has made the astonishing claim that the hugely wealthy widow of Nirvana rock star Kurt Cobain paid people to follow him after their split.

Speaking at a party in London’s Soho, Coogan tells me: ‘She hired a private detective to stalk me — she’s nuts.’

Actor and comedian Steve Coogan, 53, has spoken for the first time about his tumultuous, drug-fuelled romance with Courtney Love, 54

Courtney does not deny the allegation, but expresses disappointment that Coogan has chosen to speak about their romance, which took place back in 2005.

‘I truly believed we all had moved on from this wreckage of the past,’ she tells me.

His remarks do not, however, diminish her respect for his work. She adds of Coogan, who plays Stan Laurel in the film biopic of Laurel and Hardy: ‘I think he’s a comedic genius.’

Hopefully, the guy [Coogan] leaves us alone in this town and goes back to Brighton, or wherever the hell he’s from, and just maybe stays there.’

Coogan, who revealed in his 2015 memoir, Easily Distracted, that he was once rushed to hospital after taking too much cocaine, insists he’s not concerned about new revelations from his past.

‘I’ve nothing to hide,’ he tells me. ‘I’m not worried about anyone coming out against me — all my relationships have been consensual.’

You will not, however, find him on hook-up websites. ‘I don’t do dating apps,’ he says. ‘I’m not on Tinder.’

Vivacious Amanda Eliasch, a long-term lover of Oscar-winning lyricist Sir Tim Rice, is a stalwart of the London party scene. But now she has to vie for attention with an even more colourful character — her own son.

Sporting figure-hugging dresses and striking make-up, Evie not only lights up the stage in the capital but also in cities around the world. 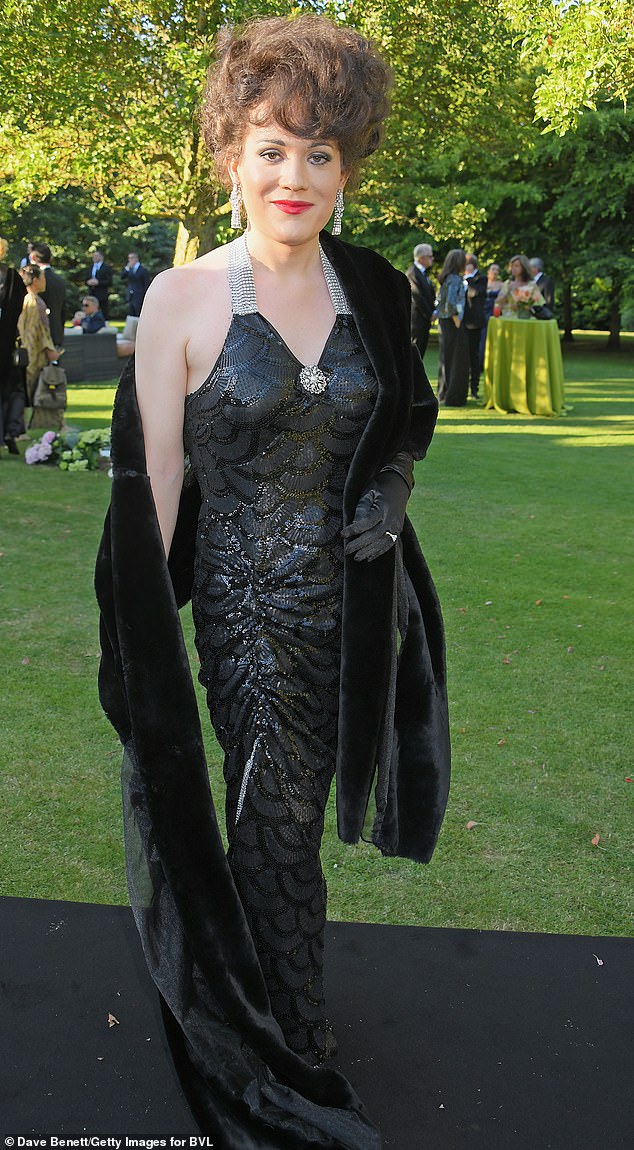 Amanda Eliasch’s son Charles, 26, is making a name for himself as a cross-dressing cabaret performer called Evie Lake (pictured)

‘How do I say this? I am a female imposter, a female impersonator — a gender-bender, I suppose,’ Charles says.

‘Evie Lake was born at my music college in Cardiff, but the act was banned, so I took her to London.

Amanda, 58, is a photographer and filmmaker, and her son adds: ‘I’m not the first person in my family to go into showbiz, but I am the first to cross-dress.’

Now, the amiable 31-year-old marshmallow-maker is sweet on a mystery blonde.

This week, he took her to meet his parents, his sister Pippa and Prince Harry and Meghan at a Christmas carol service in Chelsea. 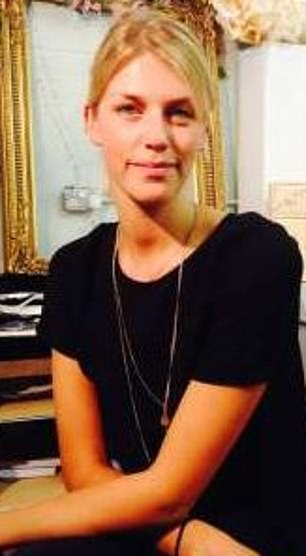 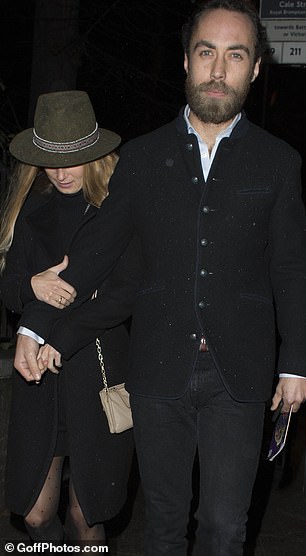 This week James Middleton took a mystery blonde to meet his parents, his sister Pippa and Prince Harry and Meghan at a Christmas carol service in Chelsea

But when photographers appeared, she hid her face beneath her felt fedora (right).

But any romance is denied by Laura, who insists she would not even recognise James in a photo. How curious, given that they follow each other on social media. 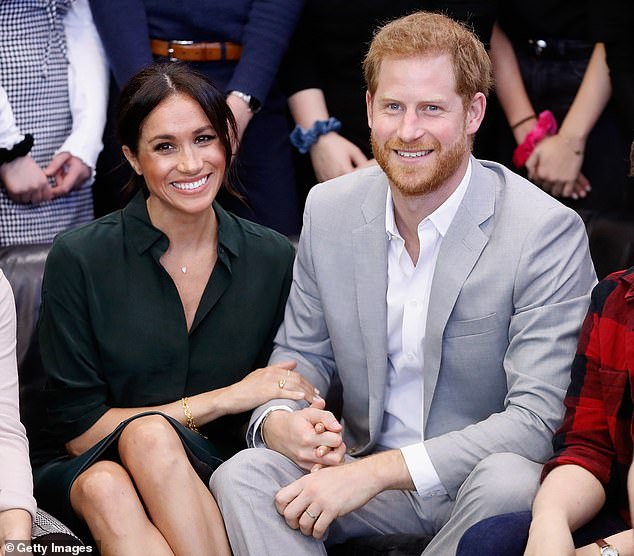 For I can reveal that Prince William and Kate did not attend a board meeting this week of the charitable Royal Foundation they lead with Prince Harry and Meghan.

‘Not only were Harry and Meghan there, but they went to the staff Christmas party afterwards,’ I am told.

‘It was a very jolly affair. It’s a shame that William and Catherine did not turn up.’

Kensington Palace insists the Cambridges had not been expected.

‘Their Royal Highnesses attend these meetings in turn,’ a spokesman says.

‘This session was focused on programmes led by the Duke of Sussex.’

When the quartet attended their first official event together in February, they were described as the Fab Four, just like The Beatles.

Surely, Meghan won’t prove to be their Yoko Ono?

David Cameron is mourning his beloved Aunt Cecilia, who has died aged 87.

Known as Cylla, she was the sister of Cameron’s mother Mary and married to colourful baronet Sir William Dugdale, who was the chairman of Aston Villa in their glory days.

Cameron will, of course, attend the funeral in Warwickshire.

After Cylla’s husband died in 2014, Cameron ended questions abruptly after a major immigration speech, explaining: ‘I’ve got to go to the funeral of a much-loved relative, a man who fought at Monte Cassino, landed on the beaches of Anzio, rode a horse in the Grand National and was chairman of the world’s greatest football club, Aston Villa.

‘So I don’t want to dishonour him by being late.’

Dame Shirley Bassey, who has kissed Prince Charles and performed for the Queen, is still astonished that Prince Harry married Meghan Markle.

‘It’s wonderful, but I was blindsided,’ admits the 81-year-old singer, whose hits include Goldfinger.

Cardiff-born Dame Shirley, who is mixed-race like the Duchess of Sussex, adds: ‘I never thought I’d see that in my lifetime.

‘It kind of came out of nowhere, but good for Prince Harry.’ 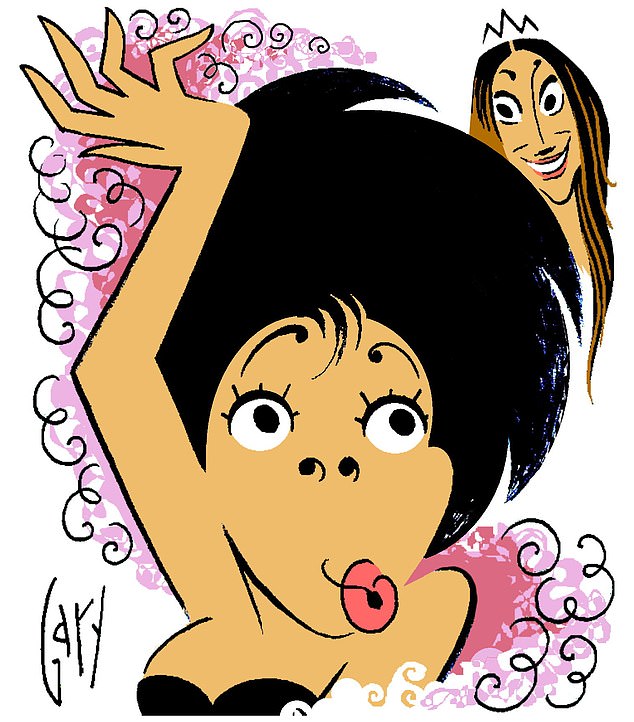 Despite only arriving back from George Bush Snr’s funeral in Washington at 3am on Thursday, Prince Charles hosted a dinner at Clarence House that evening.

It was for the charity World Jewish Relief, and he lit a Hanukiah. ‘It was very moving,’ one of the 38 guests tells me.

‘I think it’s the first time a Hanukiah [a nine-cup candelabrum] has been lit at a royal residence.

How do you judge a prospective lover? Hollywood star Hayley Atwell does so by examining their bookshelves.

‘I wish I could be open-minded, but I’ve just not been in love with someone who doesn’t love books, too,’ admits the 36-year-old Londoner, who starred in the BBC’s acclaimed 2017 adaptation of Howard’s End.

‘They’re such a huge part of my life.’ Hayley, who has played the Marvel heroine Peggy Carter in several TV series and blockbuster films, including Captain America, adds: ‘Whenever I go to someone’s house, I head straight to the bookshelves.

‘It’s a way of working someone out.

‘My book collection is my most treasured thing.’

So that rules out men who read on their Kindles.