EDEN CONFIDENTIAL: Why did Adele and Harry Styles turn their noses up at the Jubilee gig?

She was the humble Londoner who grew up in a small flat above a discount furniture store, but now Adele is so grand that she turned down the Queen.

I hear that the organisers of the Party at the Palace asked the Los Angeles-based superstar to perform at the concert held to celebrate the Queen’s Platinum Jubilee.

‘They were told she couldn’t do it,’ a source tells me. ‘Scheduling issues, or something like that, were given as an excuse. It caused a lot of surprise, particularly as she was awarded an MBE. After all, how many chances will there be to perform in front of Buckingham Palace for the Queen?’

And Adele, 34, is not the only British mega-star to snub the monarch. I can disclose that Harry Styles also rejected the opportunity to sing in front of a global audience of millions. A source close to the 28-year-old former One Direction star confirms: ‘He was asked.’

At least it meant there wasn’t a last-minute pull-out by Adele. In January, she cancelled her Las Vegas residency with less than 24 hours’ notice in a teary Instagram video in which she said the show had been ‘absolutely destroyed’ by Covid and what she called ‘delivery delays’. 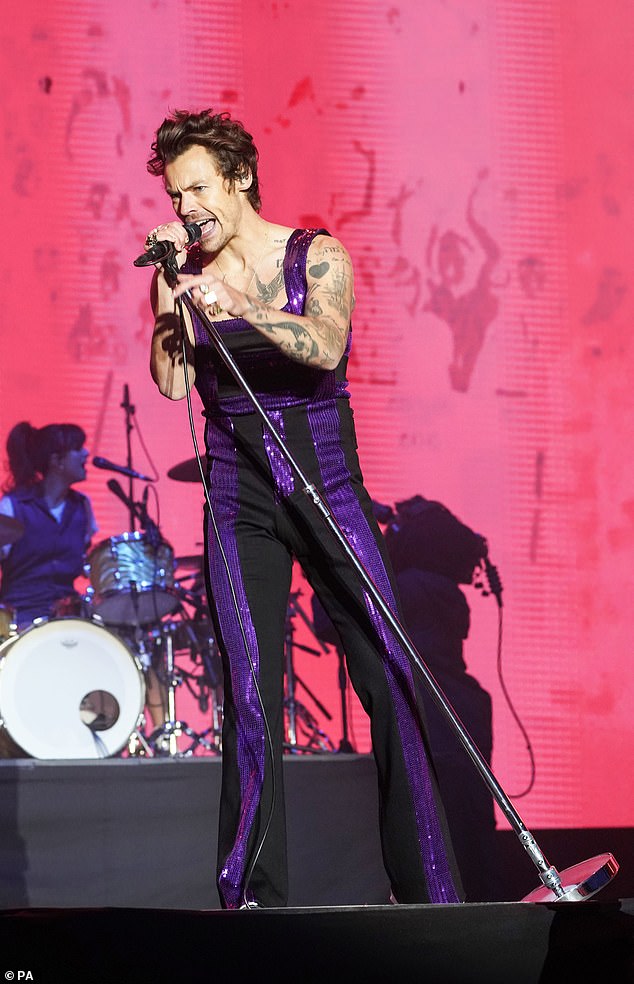 Some fans were furious as they faced losing hundreds of pounds from flights and hotel reservations.

Adele could not be reached for comment, while a spokesman for Styles declines to discuss the snub. However, a source close to him claims: ‘He could not participate because of timing with his schedule.’

A spokesman for the BBC, which organised the concert, declines to comment. 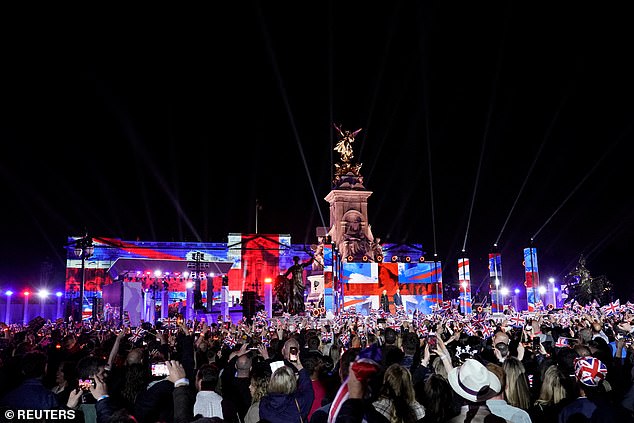 She’s rumoured to be the first girl Prince Harry ever kissed. But Sophia Hesketh cast such youthful frivolities aside for ever yesterday when she married ‘Turnip Toff’ Ollie Birkbeck, who runs his family’s 2,000 acre Little Massingham estate in Norfolk.

The fashion stylist daughter of former Tory treasurer Lord Hesketh alerted friends by sharing this wedding snap. The baby on Birkbeck’s knee is the couple’s son, Frankie, born eight months ago — and conceived just three months after Birkbeck, 49, was introduced to Sophia, 37.

He describes their whirlwind romance as ‘a bit mad’, which is fair enough: barely four years ago he married Laura Trenchard, Viscount Trenchard’s daughter, but insists that it was over by the time he and Sophia became an item.

How times change. Royal Ascot used to have such a strict moral code that divorcees were banned from the Royal Enclosure. Yesterday, the Queen’s divorced grandson Peter Phillips, 44, took his new girlfriend, Lindsay Wallace, with him in his carriage in the Royal Procession up the Straight Mile from Windsor Castle. The oil tycoon’s daughter, 40, is still married to her husband, whose name has not been disclosed. 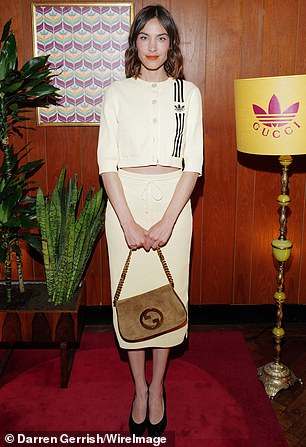 The model and TV presenter’s current beau, Orson Fry will have to make do with a more modest berth next week at Worthy Farm, Somerset.

I hear the Fry’s chocolate scion, 25, is due to perform with his four-piece indie band, Some People, at the tiny Strummerville stage, hidden away in a wooded glade. ‘The magical location will make up in atmosphere what it lacks in audience,’ an insider tells me, diplomatically.

Chung, 38, and Fry, right, who’ve been going out since 2019, are said to have bonded through their love of music.

Why is it that those who lecture us about climate change have the biggest carbon footprints? I hear that David Cameron, who posed with huskies and changed the Tory Party’s symbol to an oak tree to trumpet his green credentials, made a 21,000-mile round-trip to Sydney to attend the National Conservative Climate Conference. Happily, the three-day event wasn’t all hairshirts and lentil stews: he managed to attend a private party on a superyacht, Shadow, moored in Sydney Harbour belonging to financier John Kolenda.

Frankie bares all in jungle…

Frankie Herbert once strutted her stuff down the catwalk for the Queen — the only time Her Majesty has ever attended a fashion show.

But the Earl of Carnarvon’s niece has gone considerably further for ‘Mama Julia’, the shaman in Ecuador preparing her for what Frankie, 26, describes as ‘this journey into nature’ in the Amazon rainforest.

Describing the process as ‘truly a magical experience’, Frankie — daughter of royal confidant Harry Herbert — clearly revelled in Mama Julia’s powers to ‘remove the outside and Quito city energies’.

She explains: ‘Being in the presence of this beautiful shaman and receiving this clearing, I felt so deeply grounded . . . and so liberated being totally naked with her.’

Well, it’s a change from Benidorm.

Historian Andrew Roberts is aghast at suggestions that Prince Charles might use a different name when he becomes King. It has been claimed that he might reign as George VII, just as his grandfather, Prince Albert, became George VI.

‘It would be incredibly discombobulating and strange for foreigners, especially in America, suddenly to call someone who has been called Prince Charles for 70-plus years by some other name,’ he tells me at the launch party for the Cliveden Literary Festival, at Nobu Hotel in Marylebone.

‘It will be considered to be an English eccentricity taken to a ridiculous degree.’ Charles I was beheaded, while Charles II had 14 illegitimate children.

With its own tennis court and swimming pool, and reached by a 150yard drive through private woodland, it’s the sort of house of which most can only dream. 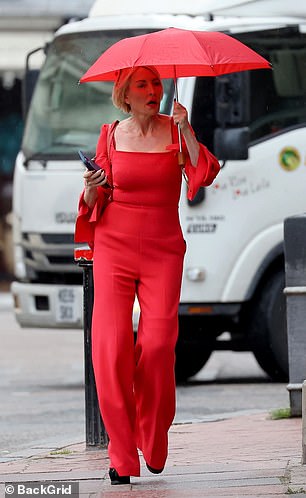 But 15 years after paying £3.25 million for her eight-bedroom, oak-panelled sanctuary in East Sussex, Heather Mills has sold up, I can reveal. The former model and vegan entrepreneur declines to comment, but she acquired the property after separating from her second husband, Sir Paul McCartney, in 2006.

She completely refurbished the house the following year — before her divorce was finalised with the former Beatle, who turns 80 today.

This time, the asking price was £3.5 million. Let’s hope she got it. After securing £100 million less in her divorce settlement than she hoped for, Mills, 54, poured a jug of water over Fiona Shackleton, Macca’s solicitor.