EDEN CONFIDENTIAL: Will the Queen scuttle plans for a new royal yacht wanted by politicians?

A campaign for a new Royal Yacht to be commissioned to help Britain secure post-Brexit trade deals has growing support from politicians and captains of industry.

There is, however, one crucial flaw: I hear that it does not have the backing of the Queen.

During a conversation with a close friend who had observed that the idea of a new Britannia was gaining momentum, the Monarch’s response was described as ‘lukewarm’.

I’m told: ‘Her Majesty said the last thing she wanted was for the Royal Family to be seen as “angling” for something that detractors could claim was just another royal bauble. She was effectively saying she did not want the hassle.’

And although Prince Philip had been initially keen on the idea of a ‘floating embassy’, he now holds the view that the subject has just become the ‘inevitable political football’.

Reports last weekend said Philip would welcome a go-ahead for a new Britannia as the ‘ideal present’ for his 100th birthday next year, but a royal source tells me: ‘HRH does not believe the concept of a state yacht is feasible at this time.’ 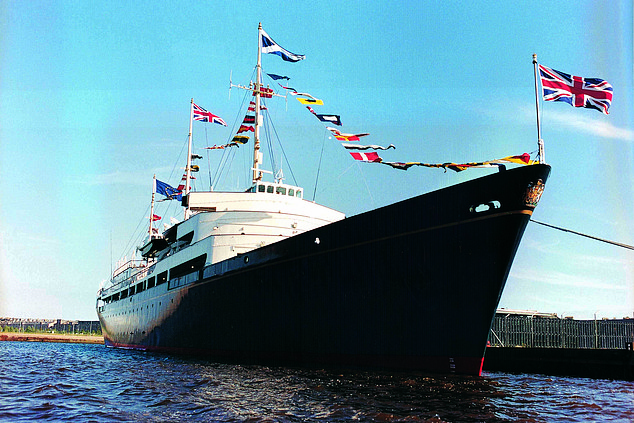 The Royal Yacht Britannia at Leith. Reports last weekend said Philip would welcome a go-ahead for a new Britannia as the ‘ideal present’ for his 100th birthday next year

John Major’s Government announced in 1994 that it would be decommissioned. Watching it being taken out of service in 1997 was one of the few times the Queen was seen to shed a tear in public. The yacht is now a tourist attraction, berthed in Leith, Edinburgh.

A new yacht, which would cost at least £100 million, was backed by Boris Johnson when Foreign Secretary. He said it would ‘add greatly to the soft power of this country’.

Car parks tycoon Sir Donald Gosling, who was close to the Queen, had pledged £50 million. But shortly before his death last year he said: ‘It would have to be paid for by industry. It could only be deemed a “Royal Yacht” if it had the support of the Queen and the Navy.’

In the acclaimed recent film version of Little Women, Florence Pugh’s character, Amy March, became the model of refined elegance. But in real life, the actress is fed up with her generation’s poor table manners. 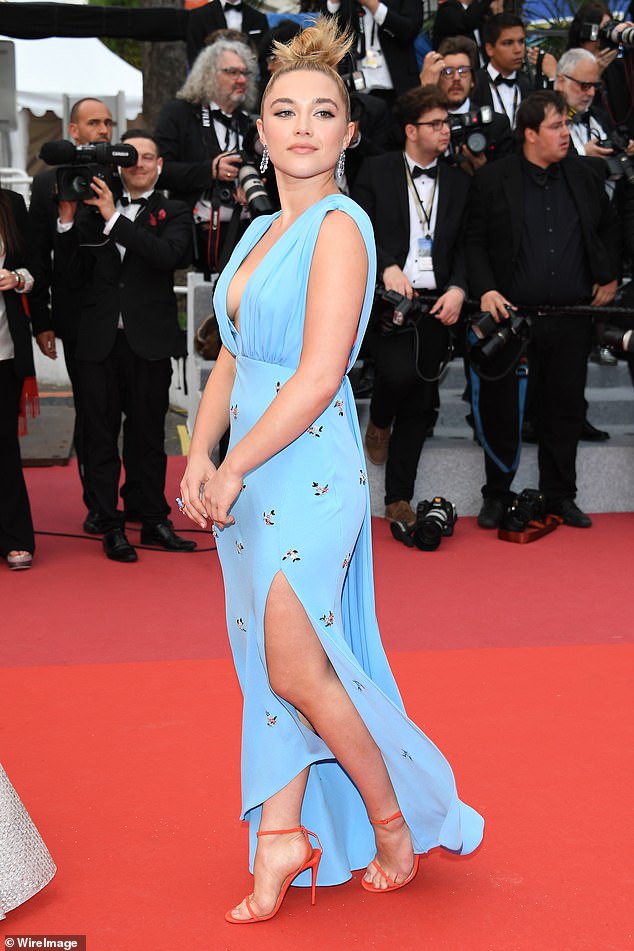 Florench Pugh, pictured attending the screening of ‘La Belle Epoque’ at the 72nd annual Cannes Film Festival in 2019, is fed up with her generation’s poor table manners

‘I know how to go to a dinner and be my most polite self,’ declares the daughter of Oxford restaurateur Clinton Pugh. [But] ‘when you go for a dinner with strangers and someone is not listening to you whatsoever, and talking at the top of their voice, that really bothers me.’

Dinner-party bores are not the only bugbear for Florence, 24, (left) who’s courting Zach Braff, an American actor 20 years her senior.

‘Also, chewing with your mouth open is not good,’ she says. ‘It’s so easy just to close it.’

Earl Spencer has generously allowed his private chef to use the kitchens at his Northamptonshire stately home, Althorp, to spend the past six weeks preparing more than 11,000 meals for NHS staff.

‘Cooking for the people working day in, day out to fight Covid-19 was an incredible experience,’ says chef Danny Tompkins.

‘It was one of the biggest challenges I’ve ever undertaken, but definitely the most rewarding.’ Lord Spencer, brother of Princess Diana, says it’s ‘the least we could do’.

Quote of the week

‘Talking to losers, but the cash is decent’

Comedian and radio presenter Jack Dee describes his unlikely — but lucrative — sideline as a motivational speaker.

Of all the hospital exits by Covid survivors, none can have been so dramatic as that of Oscar-winning songwriter Don Black.

He’s revealed that nurses lined up to sing one of his most famous tunes as he was pushed out of Chelsea & Westminster Hospital in a wheelchair.

‘The door opened and about 30 nurses clapped me and sang Born Free,’ the lyricist tells me. ‘It was an incredible goosebump moment I’ll obviously never forget. I wasn’t expecting applause, let alone the song.’

Black, 81, whose classics include the James Bond themes Diamonds Are Forever, fought a ‘touch-and-go’ battle against the disease for nine days.

‘I owe them my life,’ he says of the NHS staff. ‘They took all the terror out of it. A nurse would come and squeeze my hand and say: “You’re doing very well.” When I went to bed, a nurse would stroke my hair and say: “Sweet dreams.”

Chat show host Alan Carr, who is 44 on Monday, is not sure middle age suits him.

‘When you’re not the best-looking person in the world, you hope you’ll age like a fine wine,’ he says.

‘That hasn’t happened — I’m like that last bag of peppers that’s been left on the shelf after some stockpiling.’