Eden Hazard is DROPPED for Belgium’s crunch clash against Croatia, though Jan Vertonghen and Kevin De Bruyne both start as Roberto Martinez insists there is no rift in the squad… and Romelu Lukaku is on the bench again

Roberto Martinez on Wednesday insisted there was no rift in his Belgium squad, and today opted to name Kevin de Bruyne and Jan Vertonghen in his starting XI to play Croatia, though leaving out Eden Hazard.

Belgium have endured a difficult tournament in Qatar with star man De Bruyne telling reporters he believed the squad was ‘too old’ to lift the World Cup prior to their shock 2-0 defeat to Morocco, one which has left them in real danger of missing out on the knockouts.

French newspaper L’Equipe then claimed De Bruyne, Vertonghen and Hazard clashed in the dressing room following the defeat to Morocco, reporting Romelu Lukaku had to pull his team-mates apart. 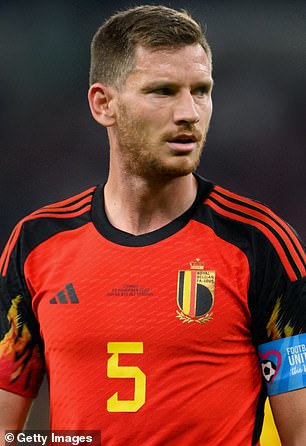 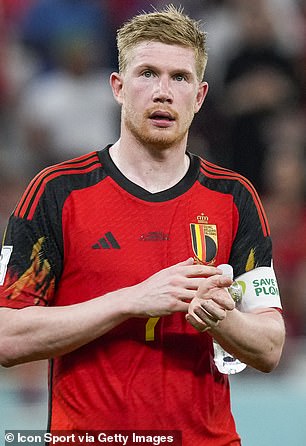 Martinez – who strongly refuted those claims – may have scouted today’s clash against Croatia as a potential opportunity to rest some of his ageing players, but that luxury was denied by Morocco last Sunday.

With defeat, it’s now Croatia who top the table, but only on goal difference with Morocco only just behind – and facing an easier test in a pointless Canada.

Belgium have therefore once again named their strongest possible lineup, with Vertonghen again starting next to his former Tottenham and Ajax partner Toby Alderweireld in central defence. 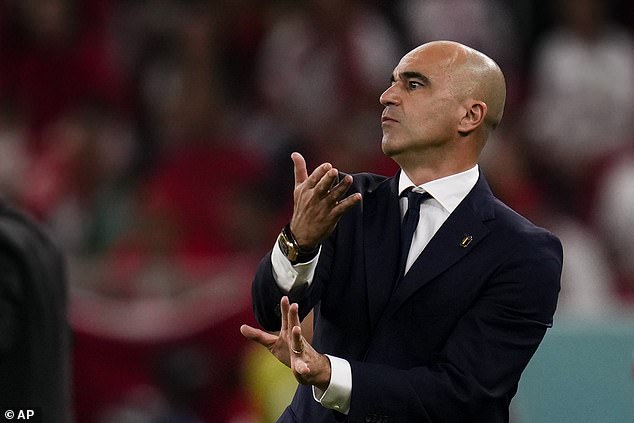 Belgium need a victory to guarantee their progression to the knockouts, with a draw only enough should Morocco lose to Canada, while their goal difference is also three worse off.

Croatia meanwhile can afford to draw the game to go through, though only a win will guarantee them top-spot in the group.

The team that does eventually win the group will play their last-16 clash on Tuesday, December 6 at the Education City Stadium, with kick-off at 3pm. It will be against the Group E runners-up, which is currently Japan.

The team that finishes second in the group, meanwhile, will play the Group E winner – currently Spain – on Monday, December 5, again at 3pm, though this time at the Al Janoub Stadium.