Edin Dzeko has revealed his exit from Manchester City in 2015 was down to a falling out with former boss Manuel Pellegrini – while he also admits Antonio Conte twice tried to sign him.

The Bosnian forward was a popular figure at the Etihad Stadium between 2011 and 2015, scoring 72 goals in 189 matches which helped him and the club to two Premier League titles, the 2011 FA Cup and the 2014 League Cup.

Dzeko then completed a move to Roma in the summer of 2015 on an initial loan deal, before making that deal permanent for £9million the following summer, a decision that was influenced by a row with Chilean boss Pellegrini. 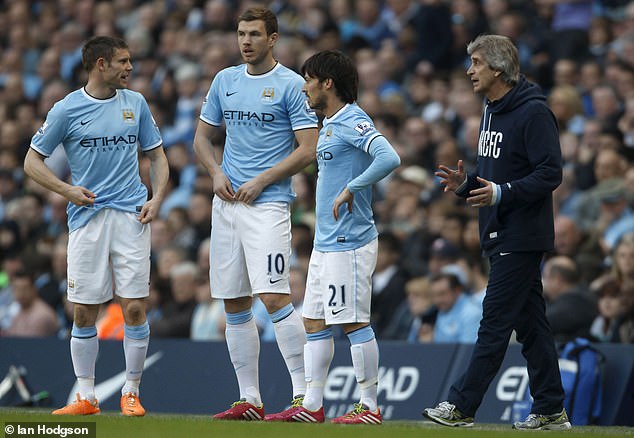 Dzeko (second left) was popular at City, but claims he did ‘not agree’ with Pellegrini (right)

‘I was at the best moment of my career and I didn’t want to be on the bench, so I chose Roma,’ Dzeko told Corriere della Sport about his City exit. ‘I do not regret it at all, on the contrary.

‘By the way, I left England with a three-year contract, I did not agree with coach Manuel Pellegrini in City.

‘I didn’t manage to win only a trophy in Roma, but it was a wonderful six years. A few ups and downs for me and Roma, but I carry that club in my heart. I’m at Inter now and I want a Scudetto.’ 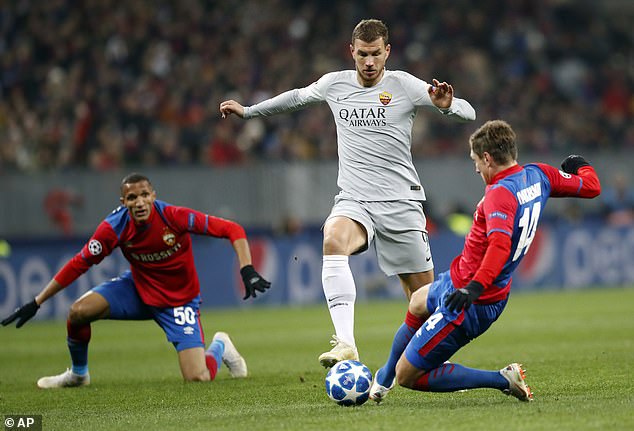 Dzeko was an even bigger hit at Roma, scoring 119 goals in 260 matches in the Italian capital but failed to win a trophy with the Giallorossi.

The 35-year-old then completed a shock move to Inter Milan last summer to replace now-Chelsea striker Romelu Lukaku at the San Siro.

It was not the first time Dzeko was pursued by Inter, as Antonio Conte tried to sign the Bosnian forward when the Italian coach first joined the Nerazzurri in 2019. 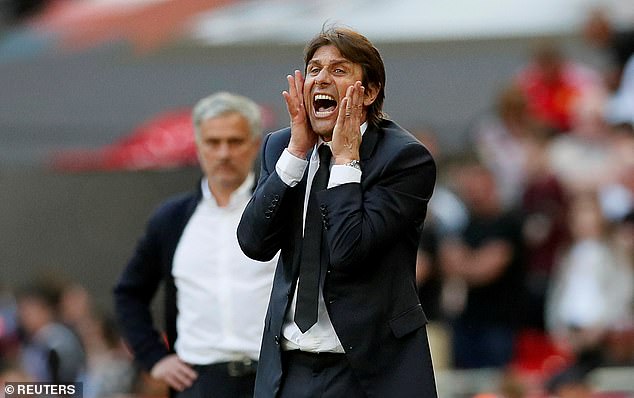 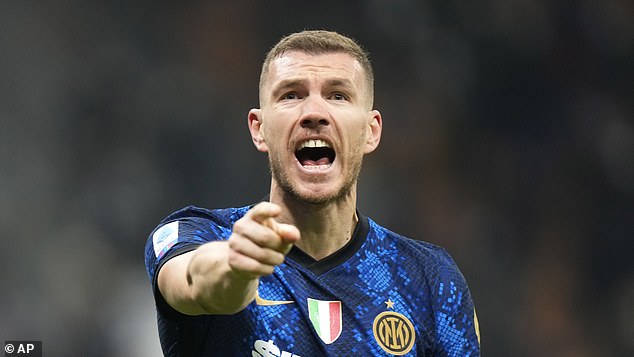 Dzeko revealed that Conte also tried to sign him when the former Inter coach was at Chelsea between and 2018.

‘He wanted me, but I was not sure about returning to England,’ Dzeko added when asked about Conte’s interest. ‘As soon as he arrived at Inter, he tried to bring me in again. Now is the time for me to play for Inter, our paths have joined.’

Dzeko has been in impressive form for Serie A champions and current league leaders Inter, as the Bosnian has 12 goals in 29 appearances this season after linking up well with Lautaro Martinez and Alexis Sanchez up front.