A former model fought off a mugger when he tried to grab her £1,000 Yves Saint Laurent bag despite losing clumps of her hair and most of her fingernails in the attack.

America Singh Bhai followed Claire Pentony along a road in Edinburgh as she made her back to work from a lunch break before jumping her from behind.

Bhai, 34, forced Claire to the ground and attempted to wrestle the designer bag from her grasp.

But the brave model managed to fight off the violent mugger and hold on to her prized clutch bag during the attack on December 12, 2016.

Ms Pentony, 27, said: ‘He was grabbing at my bag but there was no way I was giving it up without a fight as it is one of my favourites and cost me a small fortune.

‘I punched and shouldered him off me – I just had to fight him off. I didn’t have much money in the bag at the time but the bag itself was worth fighting for.

‘It’s a rare Yves Saint Laurent clutch bag and I don’t really want to say how much its worth but I had to save for months to get it.

‘It wasn’t until later I realised he had pulled chunks of my hair out during the fight and most of my fingernails were gone.’

Bhai also pleaded guilty to a second sex attack on a woman where he touched her vagina over her clothing later the same day on the same street. 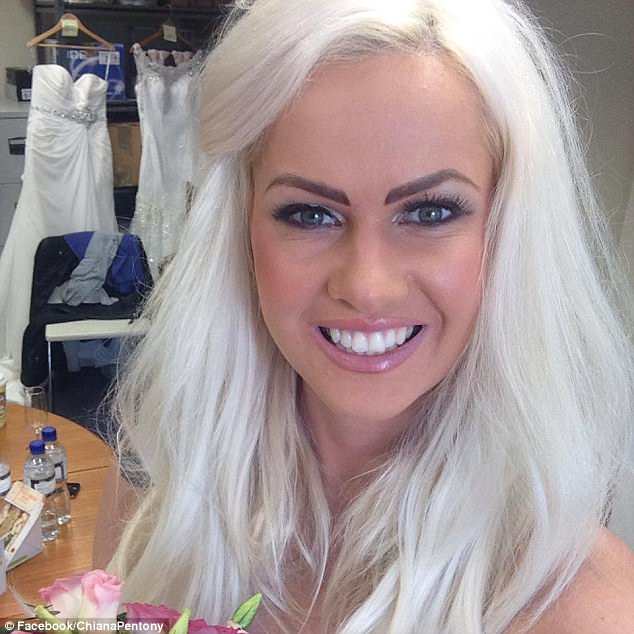 Ms Pentony, pictured, fought back for the bag and was left with most of her fingernails missing and chunks of her hair pulled out

He had previously admitted the handbag attack and the sex assault and was jailed for 16 months when he appeared at Edinburgh Sheriff Court today.

The attacker, who carried out a similar attack on a lone woman ten years ago, was forced to run from the scene after passers-by heard Claire’s loud screams for help during the assault.

Sheriff Michael O’Grady QC said: ‘These were predatory attacks on lone women on a public street.’

Sheriff O’Grady jailed Bhai for 16 months and placed him on the sex offenders register for 10 years forthe sex attack.

Ms Pentony, who works for a fashion outlet, added: ‘I have to thank the people who came over to help me as I don’t know what would have happened otherwise.

‘I just wanted to make as much noise as possible to try and scare him off but he was very strong. Those people who heard me and ran to help were really brave and helpful.’

During her modelling career Claire took part in previous Miss Great Britain and Miss Edinburgh contests and was the UK finalist in the world’s second biggest beauty pageant Miss Earth in 2009.