It is an astonishing tale of lies and deception that gripped viewers watching the BBC drama Mrs Wilson, about a woman who discovers her ‘spy’ husband had three other wives.

But it turns out the true story of Alison Wilson, portrayed on screen by her granddaughter Ruth, is not unique – for a Scotswoman found herself caught up in a similar bewildering experience.

As Mary Turner Thomson from Edinburgh watched the story of wartime ‘secret agent’, bigamist and serial liar Alexander Wilson unfold, it felt like her own life being played out on screen.

For like Mrs Wilson, the 53-year-old thought she had the perfect marriage – until she discovered her American husband, who claimed he was a CIA agent, had another wife and at least 13 children with six women.

William Allen Jordan was kind, attentive and a wonderful father to their two children, but also a serial liar who had another wife throughout their six-year relationship and in 2014 was jailed for bigamy.

Mary Turner Thomson, 53, of Edinburgh believed her American husband William Allen Jordan (pictured together after they got married with her two young children) was a CIA agent who was on a secondment to Britain for MI5 – but he turned out to be a serial bigamist and a conman 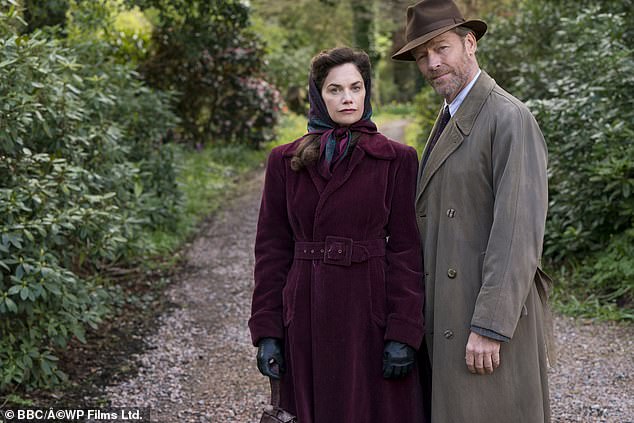 Miss Turner Thomson said: ‘Watching the series has been very like looking at my own story.

‘I met William online when I was a single mum with a nine-month old baby. He was very charming, and we sent emails back and forth. 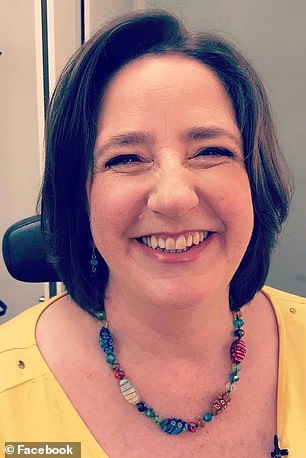 ‘We started dating and he actually asked me to marry him within two weeks of meeting – I said no, but we did eventually get engaged, then were married for four years.

‘After six months of being together I fell pregnant, which was a huge surprise because he told me he was infertile after having mumps as a child.

‘I thought he was going to think I’d had an affair because he was so utterly convinced he couldn’t have kids.’

Jordan manipulated his wife and led her to believe he was a CIA agent on secondment to MI5.

Time away on missions provided the perfect cover for seeing his other families.

He even persuaded Miss Turner Thomson to find almost £200,000 to pay ‘blackmailers’ he claimed had threatened to kidnap their children Eilidh, now 16, Zach, 13, and her daughter Robyn, 19.

She said: ‘In 2004 when I was pregnant with Zach, he told me somebody he met on an undercover operation was going to kill our kids, kidnap them, rip bits off and send them to us in the post if we didn’t give them money.

‘By this stage, I was four years in and completely under his control, so I sold everything I owned – my house, my car, my life insurance, everything.’ 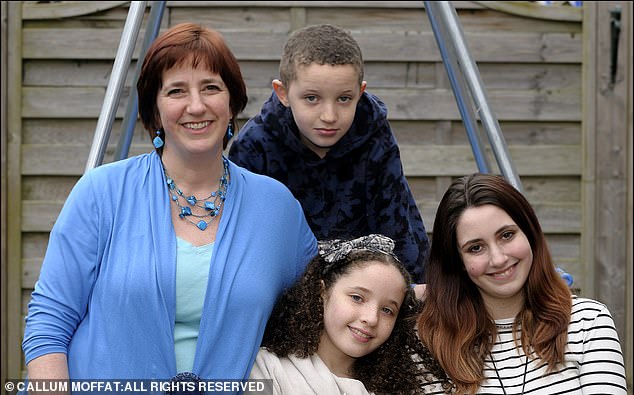 Ms Thomson is pictured today with her children Moran, 14, Louise, 11 and Alexander, seven 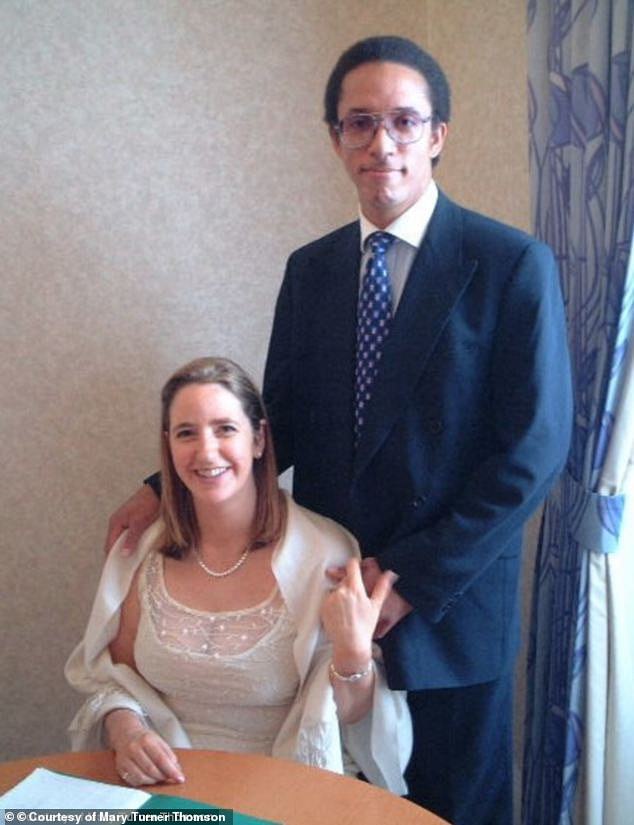 Mary Turner Thomson, 53, of Edinburgh, is pictured with her ex-husband William Allen Jordan on their wedding day in October 2002 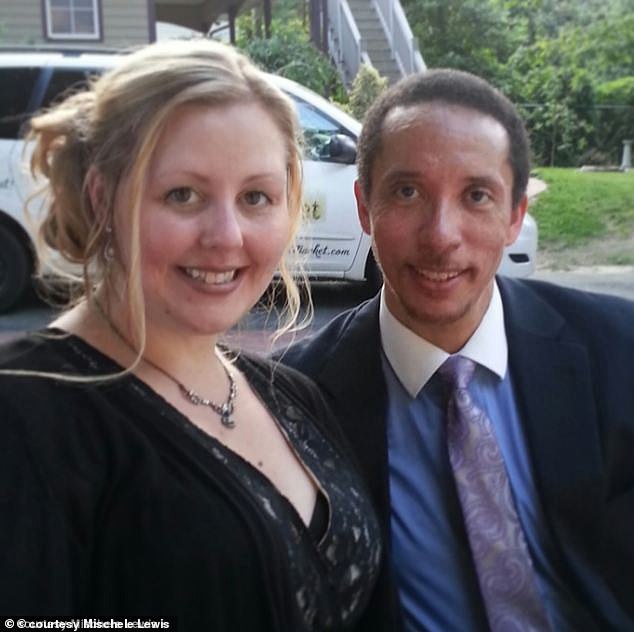 William Allen Jordan (pictured right) is pictured with another of his wives, Mischele Lewis (left) before he was exposed as a serial bigamist in 2004 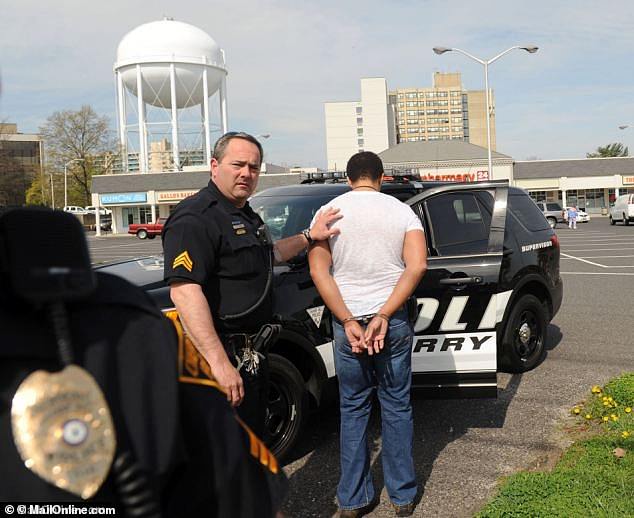 William Allen Jordan is pictured being arrested in a car park in New Jersey, USA in 2014 after his bigamy and fraud scams came to light

There was no blackmailer, no undercover missions, but there was another wife, Mischele Lewis, who phoned her in 2006: ‘She said, ‘Are you Mary Turner Thomson?’ I said yes.

‘Then she asked: ‘Are you also Mrs Jordan?’ I said yes, and she replied, ‘Well, I’m the other Mrs Jordan.’

‘We met in a café and talked for about 12 hours. When she left at six in the morning, I sent him a text and dumped him.

‘I carried on talking to him to get information, but he never wavered from his story and said time would vindicate him. It was all nonsense.’

Jordan was charged and jailed for bigamy, illegally possessing a stun gun and fraud. On release he was deported to the US.

His victim, author of The Bigamist: The True Story of a Husband’s Ultimate Betrayal, says: ‘My mission has been to encourage other women to come forward. 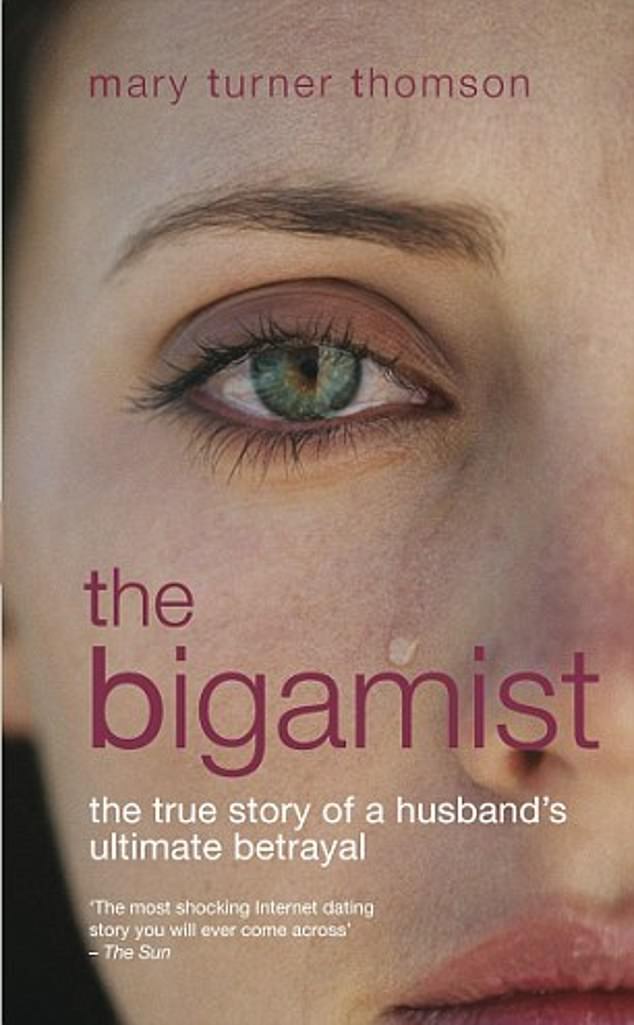 Ms Thomson has chronicled her ordeal in a new book (pictured) called The Bigamist: The True Story of a Husband’s Ultimate Betrayal