Sharing an edited photo on Instagram could increase the risk of developing an eating disorder, research has found.

Digitally altering photos to improve your appearance before sharing them online was found to increase worries about weight and body image.

Researchers found that sharing photos – edited or not – increased anxiety and added to urges to eat less or exercise more, when compared to not posting images at all.

Dr Pamela Keel, co-author of the study and an academic from Florida State University’s psychology department, said: ‘As more people turn to social media to stay connected, it’s critically important to let others see you as you are.

‘Compared with edited photos, we saw no decrease in the number of likes or comments for unedited photos on Instagram – knowing this could reduce harmful pressures to change how you look.’

Celebrities who share airbrushed photos of themselves have long been criticised for promoting unrealistic body standards.

Kim Kardashian, who has tens of millions of Instagram followers, has often been accused of sharing altered photos with her fans that misrepresent her body.

Some claimed that a recent photo showed fingers in her hair while both of her hands are resting up against a wall, suggesting that post-production work had been done on the image.

The study by American researchers had two stages – the first looked at the link between edited photos and mental health while the second looked at the risk of developing an eating disorder.

More than 2,400 students, mostly female, took part in the first stage with 80 of those who supported sharing edited photos being involved in stage two. 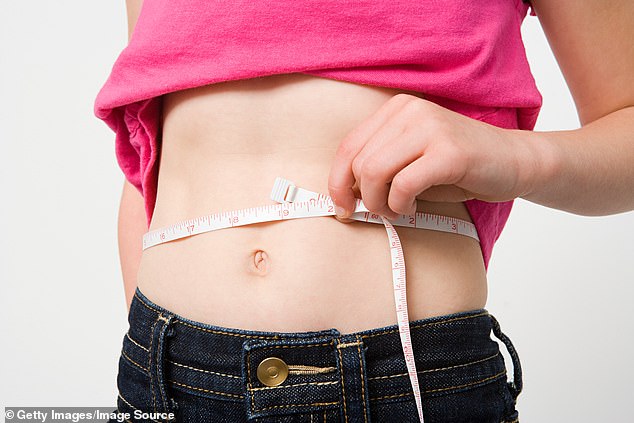 Participants had photos of their body taken, were instructed to look at them for one minute and answer questions.

Researchers found that those who supported posting altered photos – around 27 per cent – were more likely to show symptoms of an eating disorder or anxiety.

The researchers also discovered that posting edited photos caused people to worry more about how they looked. Posting photos was found to strengthen the urge to exercise and restrict food intake.

However, editing but not uploading photos led to an immediate drop in body image concerns.

The research was published in the International Journal of Eating Disorders.