Edward Colston replaced with a dummy of paedophile Jimmy Savile

A mannequin depicting the notorious paedophile Jimmy Savile has been placed on Edward Colston’s Plinth.

Since Black Lives Matter protesters tore down the statue of the slave trader last month, the plinth has remained empty in Bristol’s Castle Park.

But today the Jimmy Savile portrayal was put up with a sign that read: ‘None of them stopped me, and your licence paid for it. 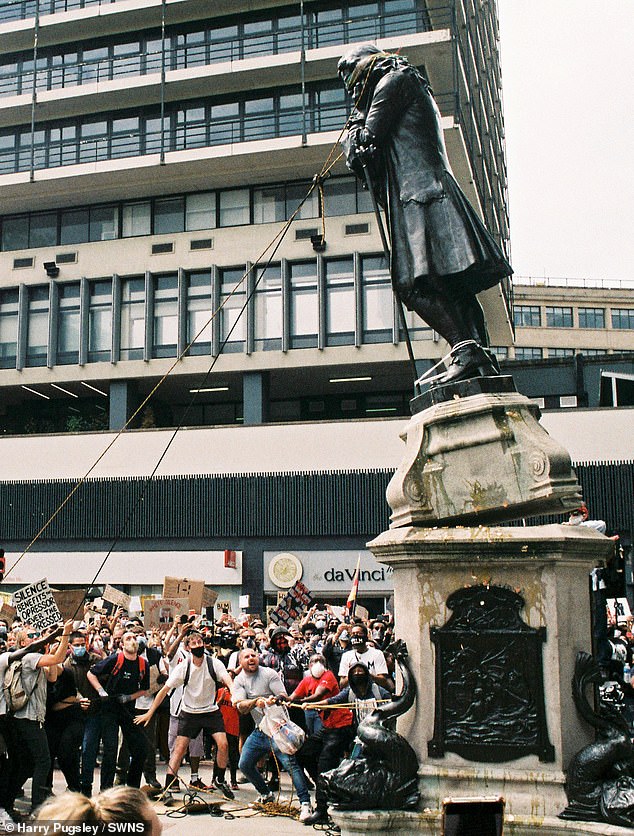 The dummy was wearing a blonde wig, a neon tracksuit and a T-shirt that said: ‘If Carlsberg did rapists’.

Jimmy Savile presented numerous shows for the BBC and was well-known for Jim’ll Fix It where he granted the wishes of children who wrote in. 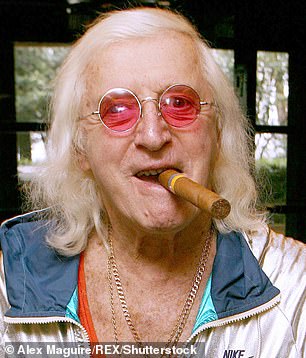 Pictured: Jimmy Savile at the Radio Academy Hall of Fame lunch in 2016

It was only after his death in 2011 that police investigated the presenter and found over 300 alleged victims that said they were abused over six decades.

There have been many petitions debating who should replace Edward Colston with the most popular option being Dr Paul Stephenson OBE.

The campaigner for civil rights for the British African-Caribbean community in Bristol has received over 70,000 signatures.

Bristol council have removed Edward Colston’s statue from the harbour and announced plans to display the statue in a museum.

Police have arrested one person in relation to pulling the statue down and charged them for criminal damage while they investigate other suspects.