King Edward VIII’s letters to a royal fan accusing Britain or trying to ‘humiliate and misrepresent’ him and Wallis Simpson – in what experts call ‘a parallel of today’s Royal Family’ are set to fetch £500 at auction.

The controversial monarch caused a constitutional crisis when he abdicated the throne in 1936 so he could marry the American divorcee.

The events caused a deep and long-lasting rift between Edward and his young brother and successor George VI, who had been the ‘spare’ to the heir.

Edward and Wallis were later exiled to France, where they lived in a historic and luxurious villa in Paris. 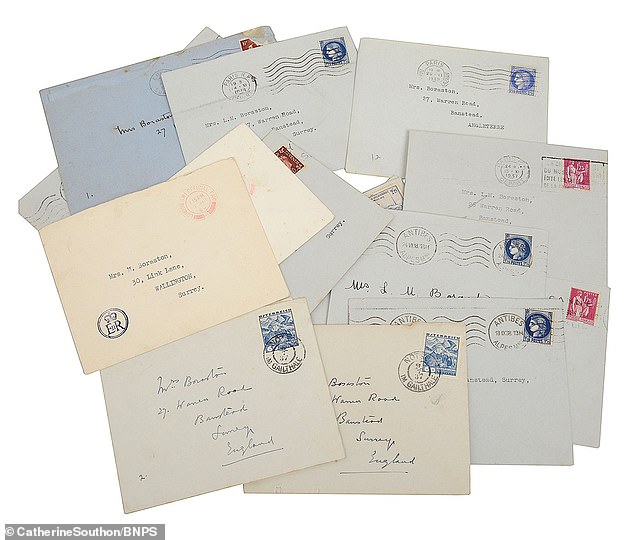 Edward, who was then the Duke of Windsor vented his frustrations to avid fan Lillian Boraston in a series of letters sent as he travelled around the world in the months after his adbdication

His coronation was held at Westminster Abbey in May 1937. In the run-up to the ceremony, he enlisted Lionel Logue to help him conquer his stammer after his private secretary introduced him to the Australian.

Four months into their marriage, the couple went to visit Nazi Germany as Adolf Hitler’s guests.

Meanwhile King George’s popularity soared as a wartime monarch and he became a figure of stability despite previously being marred by his speech impediment as well as a reputation for being unprepared.

The boon to his reputation was aided by his decision to remain in London as the bombs of the Blitz rained down on the capital.

George died of ill health in 1952, leaving his daughter Elizabeth, 25, to take over as Queen in a spell that saw her become Britain’s longest-reigning monarch.

Edward, who was then the Duke of Windsor vented his frustrations to avid fan Lillian Boraston in a series of letters sent as he travelled around the world in the months after his abdication.

Mrs Boraston, who lived in Surrey, was a keen royal fan who regularly sent letters and poems to Edward.

She kept all of her correspondence with the Duke safe in a box of family papers which has only recently been rediscovered, and are now being sold by a granddaughter at auction.

The most insightful letter reveals the sense of betrayal which Edward felt after travelling to the US and before his controversial visit to Nazi Germany.

Mrs Boraston sent the Duke a poem and her hopes that he was not missing home too much.

In September 1937, his private secretary responded: ‘I am desired by the Duke of Windsor to acknowledge your letter of August 30th.

‘His Royal Highness wishes me to add that quite apart from rumours in the press, it is not very likely that he would be missing the country which in every possible way, tried to humiliate and misrepresent both himself and the Duchess of Windsor.’

The parallels to Harry and Meghan’s dramatic move to America are ‘clear to see’.

They were written between June 1937, six months after his abdication, through to Christmas 1939.

The vendor, who wishes to remain anonymous, said: ‘My grandmother died when I was five years old, but these letters were mentioned occasionally.

‘They give a great insight into the Duke’s life in the 1930s – where he stayed, where he went on honeymoon etc.

‘All things that we would now learn from TV or social media.’ 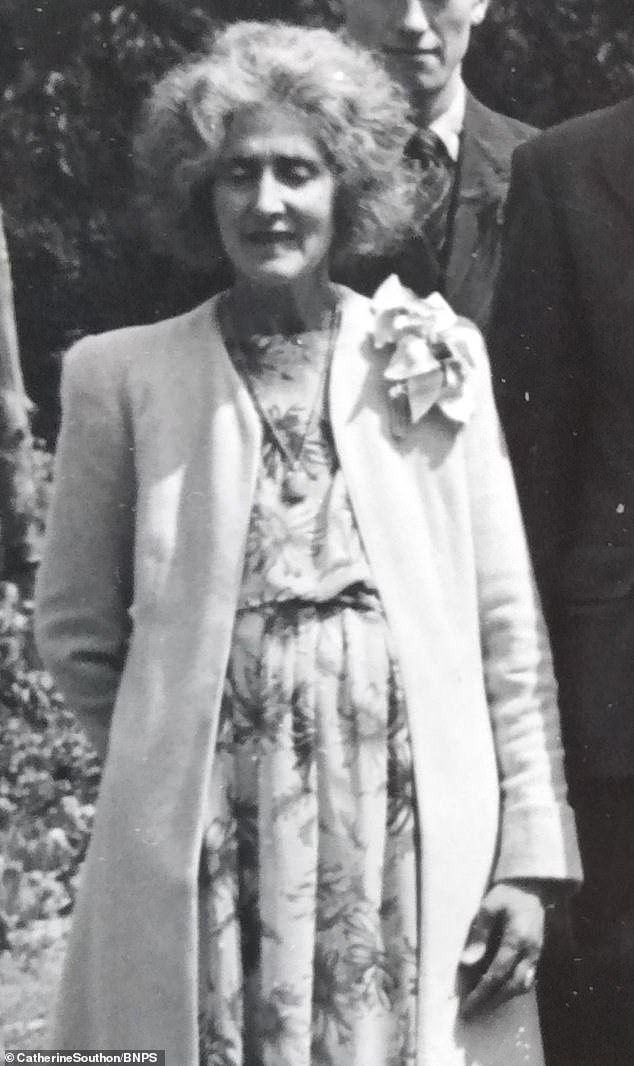 Lillian Boraston (pictured) who lived in Surrey, was a keen royal fan who regularly sent letters and poems to Edward 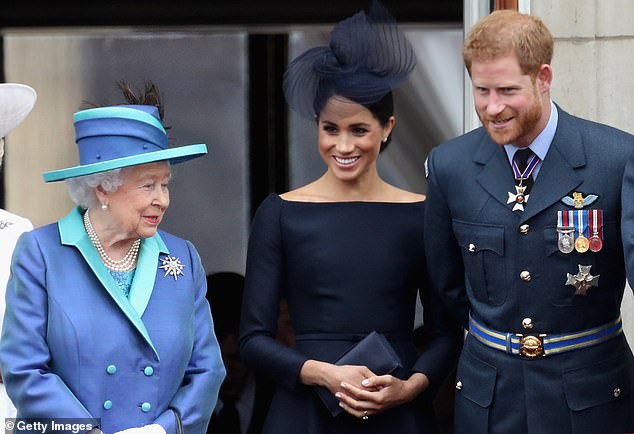 Auctioneers say the ‘parallels with today’s Royal Family are clear to see’. Pictured: Harry and Meghan with the Queen

The archive is expected to make £500 when it goes under the hammer at Catherine Southon Auctioneers of London.

Auctioneer Catherine Southon said: ‘It’s amazing that these letters have just come to light and the parallels there are with today’s Royal Family are clear to see.

‘People are still totally fascinated with them – the drama surrounding the Duke and Duchess of Sussex or the death of the Queen last year.’

The letters will also come with nine scraps of newspaper cuttings relating to the Duke of Windsor from 1936 to 1941.

All of the letters will be on sale on February 8.