Pictures show a determined otter hang on to its eel dinner – despite falling through ice and being chased by a heron.

The dramatic battle was caught on camera by Ally Dowd during a visit to Baron’s Haugh RSPB Reserve, Motherwell, North Lanarkshire on Monday.

Mr Dowd, 45, from Largs, North Ayrshire, posted online: ‘An otter catches an eel and is pursued across a frozen loch by a grey heron. Otter runs for cover.’ 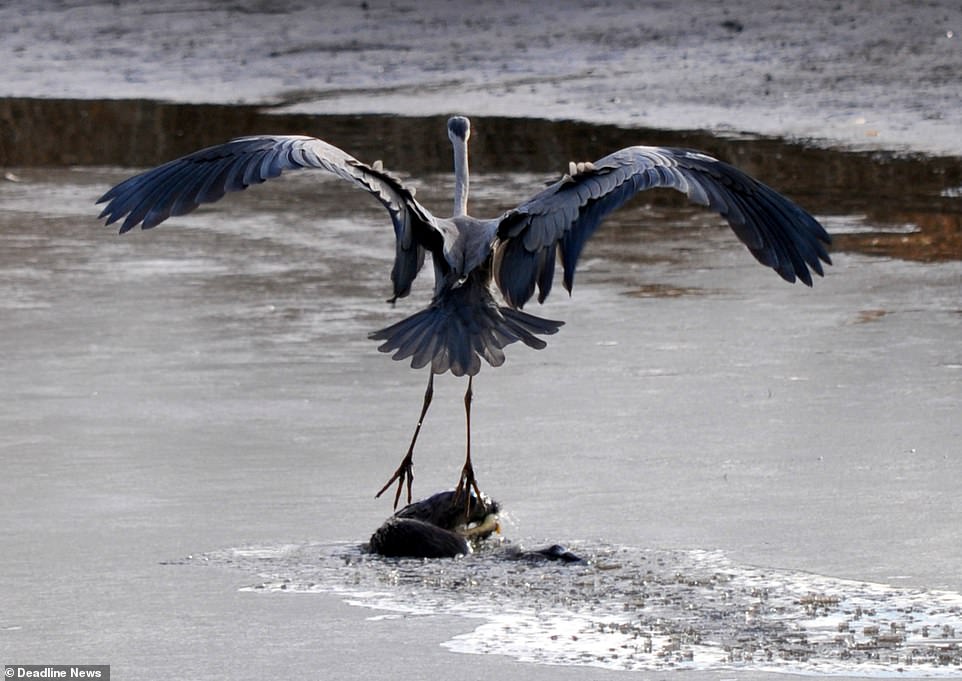 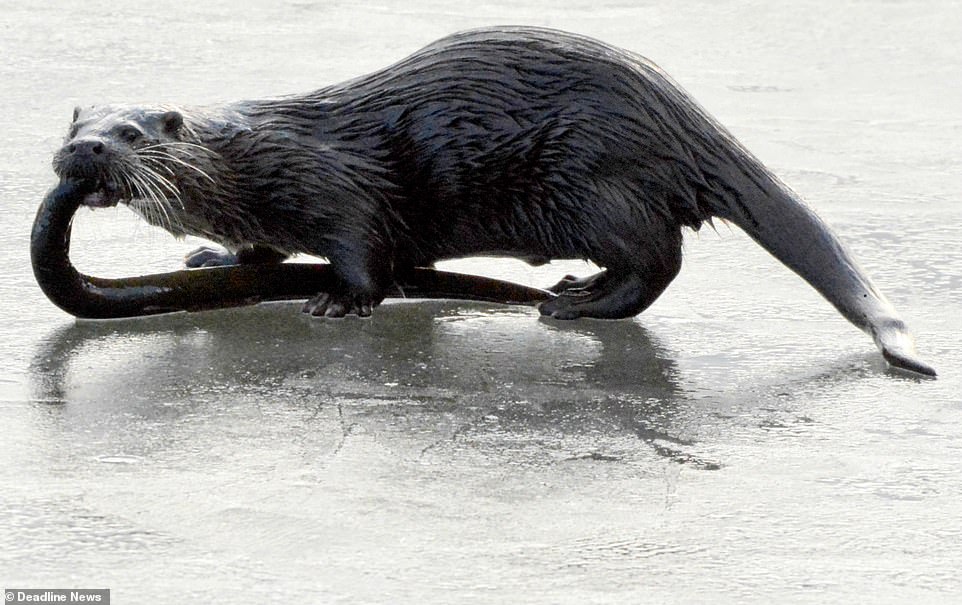 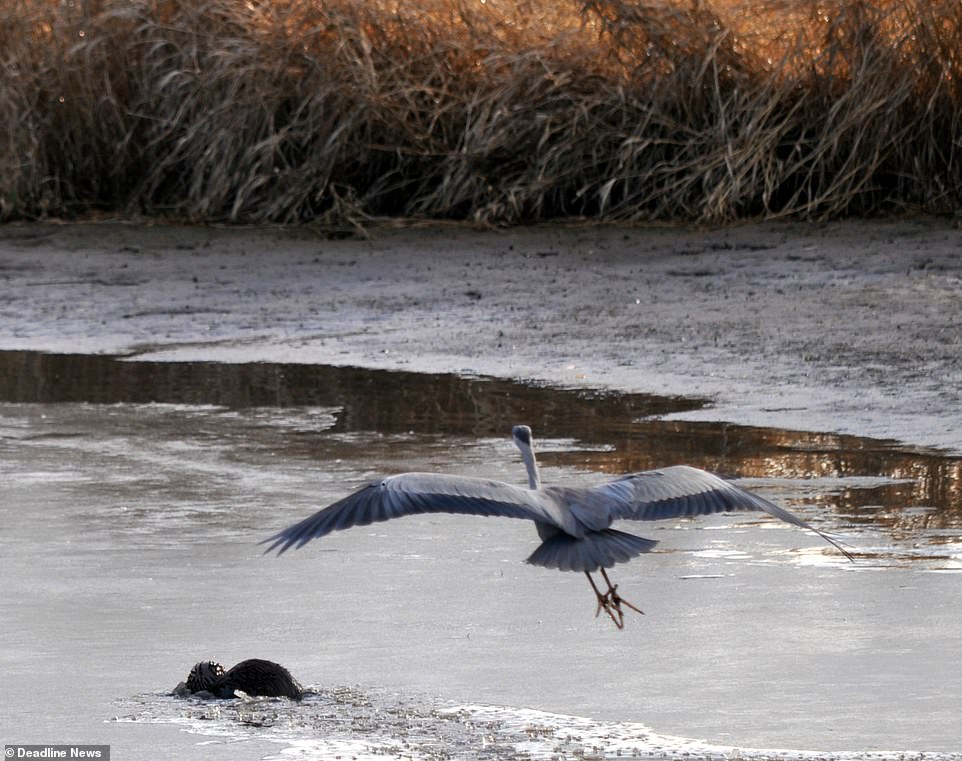 The first image shows a heron gliding in the air just above the frozen loch as it scans the area for prey.

The second image shows an otter with its meal, a long eel that stretches as long as the otter.

However, the otter forced as the heron swoops but crashes through the ice.

This allows the heron to catch up and the race is on as the otter desperately tries to evade the swooping heron which is gaining on the mammal.

Thankfully for the otter, it manages to make the safety of the bank and scurry away with its hard-won meal.

Allegra Jay added: ‘The size of the eel!’

Ross M. Kelly wrote: ‘Would never have expected a heron to have the balls to have a go at an otter, or for an otter to be afraid of a heron, for that matter… shows how much I know!’

Mr Dowd said today: ‘The otter took off but fell through the ice. This allowed the heron to catch up and was practically on top of the otter’s head. I have never caught anything as dramatic before. I have captured some interesting things but none of them has this kind of action.’ 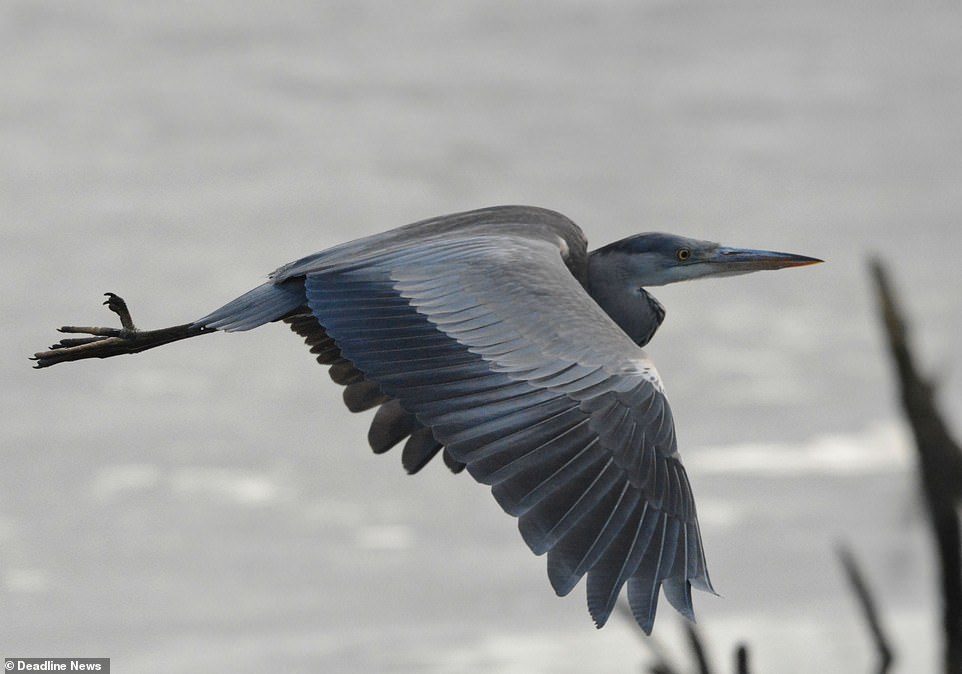 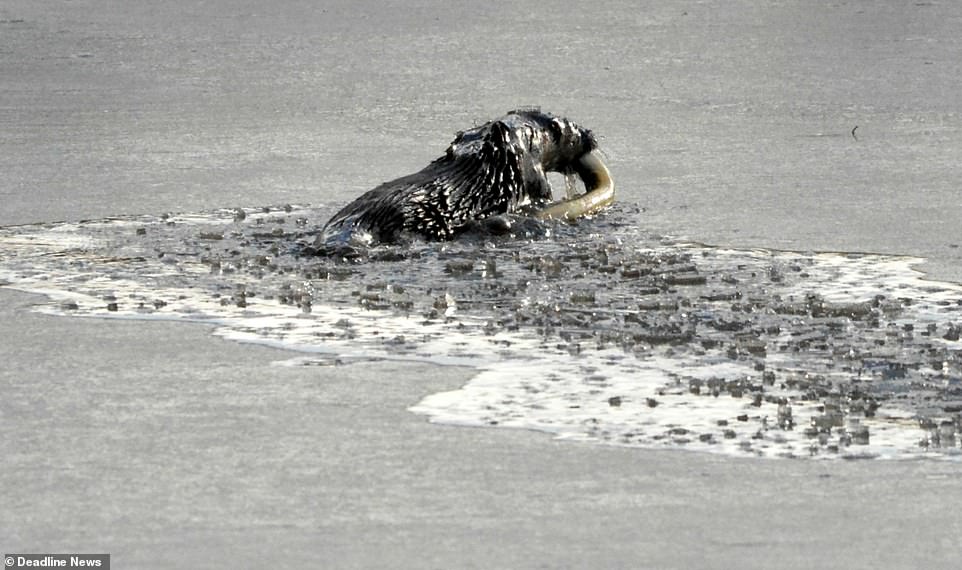 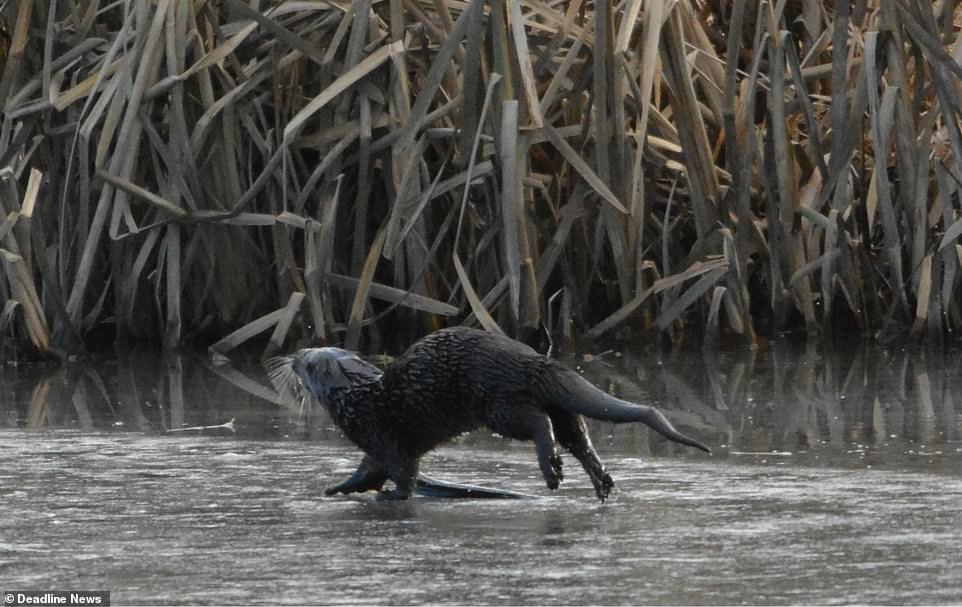 The otter, pictured, managed to escape away into the reeds beside the frozen loch along with its fresh eel dinner