Usually packed out on middle Saturday, a fan-free Melbourne Park is eerily quiet during Victoria’s five-day lockdown because of another COVID-19 outbreak.

From a buzzy night match at Rod Laver Arena to playing in an empty stadium, Elina Svitolina has described a fan-free Australian Open as ‘disturbing and sad’.

The world No.5 was among the first players in round-three action at Melbourne Park on Saturday since Victoria was plunged into a snap five-day lockdown.

The midpoint of the year’s first major, the first Saturday is usually the most popular with crowds and their five-day absence is a massive blow for organisers already taking a huge hit with reduced capacity.

The Ukrainian swept aside Yulia Putintseva of Kazahstan 6-4 6-0 with the Open venue eerily quiet, with only officials and the players’ support staff permitted.

Svitolina, who has reached the quarter-finals twice at the Open and is a two-time major semi-finalist, said it was tough to adjust.

From a buzzy night match at Rod Laver Arena to playing in an empty stadium, Elina Svitolina (pictured on Saturday) has described a fan-free Australian Open as ‘disturbing and sad’ 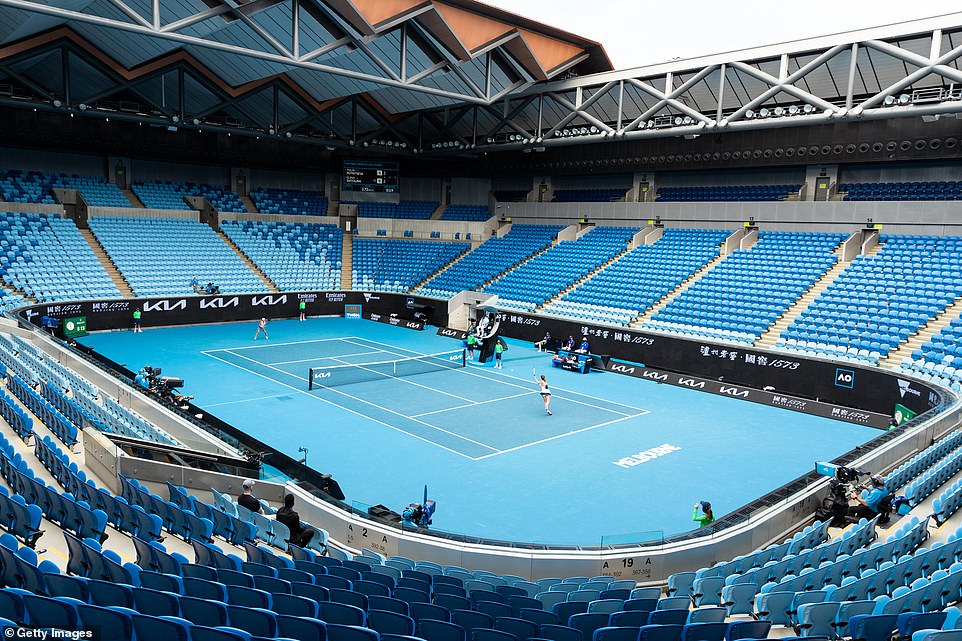 ‘It was very different conditions – I played a night match at 7pm with a good crowd and now it was completely different,’ Svitolina said.

‘It was for sure a bit disturbing, I would say, in some ways sad but it is what it is.’

The 26-year-old says it felt like a practice match, and she had to force herself to switch on.

‘I tried to convince myself that it’s a grand slam and that we are playing an important match and I have to focus.’

Svitolina said it was tougher for the losing player, without the crowds there to urge them on.

‘When you are down, I think you feel like you’re almost alone here,’ said the former world No.3.

‘People give you energy, they are supporting you, they are trying to get you back into the match.’ 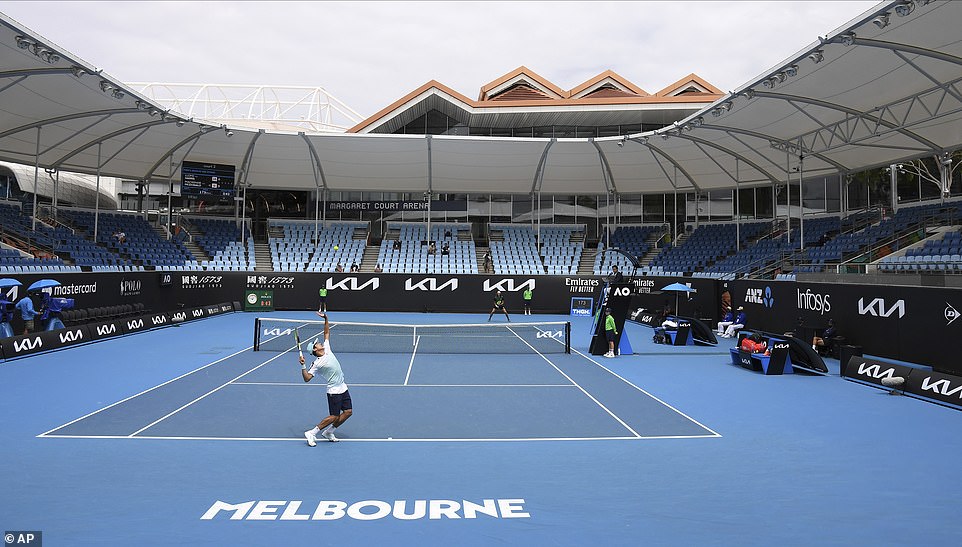 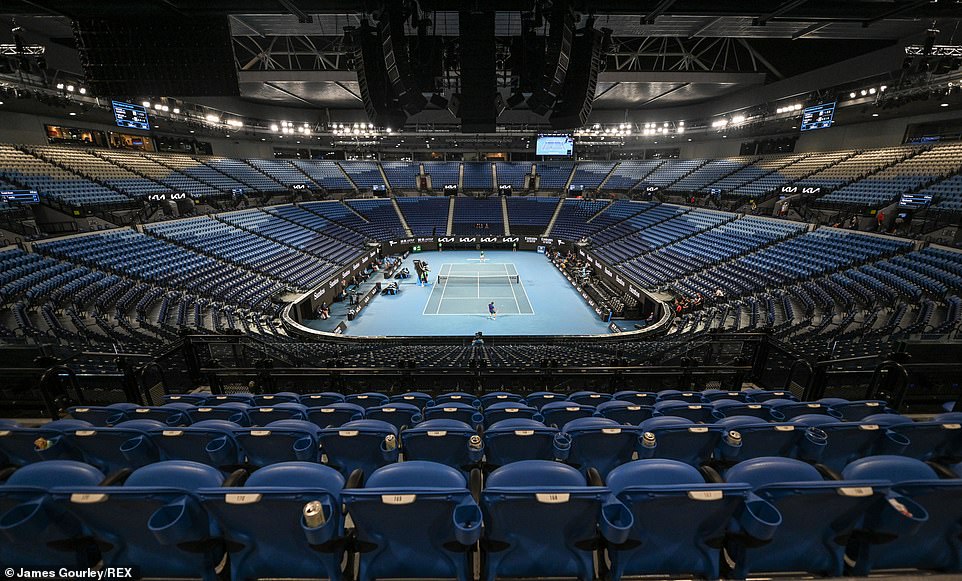 The first match to be completed under the new conditions was the Friday night clash between world No.1 Novak Djokovic and American Taylor Fritz.

The match was bizarrely halted at 11.30pm while the crowd was cleared so fans could get home by the midnight lockdown deadline.

‘Nothing surprises me any more with what we’re experiencing globally,’ said Djokovic, when asked what he felt about the enforced mid-match exodus.

‘I’m just hoping that, for my own sake, I’ll be able to play and, for the sake of this tournament, we’ll be able to have a crowd very quickly.’ 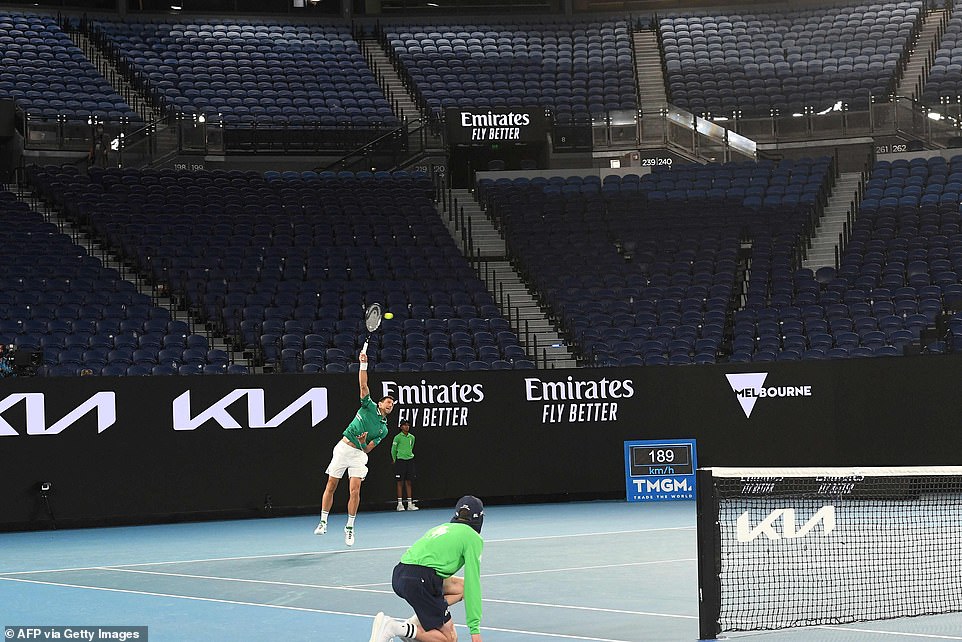