Iran held its annual day of protest against Israel on Friday at a time of mounting pressure from the United States and its regional allies.

The tradition of marking ‘Al-Quds day’ – the day of Jerusalem – was initiated by Iran in 1979 and falls on the last Friday of the holy month of Ramadan.

This year’s event saw the usual burning of flags and chants of ‘Death to America’ and ‘Death to Israel’, as well as a huge Donald Trump figure being hanged from a crane. 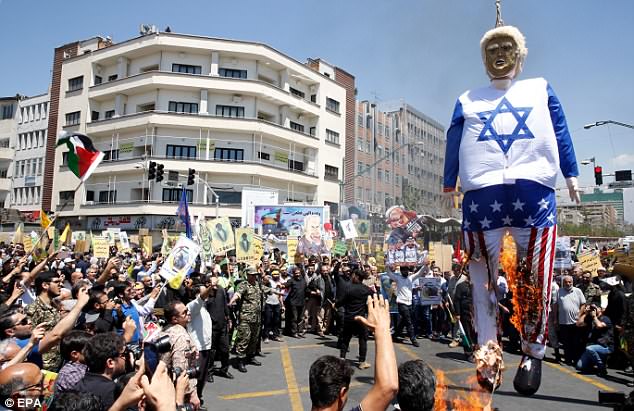 ‘The US, Saudi Arabia and Israel want to put Iran in a corner, but they don’t know that with this action they are threatening their own security,’ said parliament speaker Ali Larijani, addressing a crowd in Tehran.

Thousands took to the streets in the capital and other cities for the event, held every year since the early days of Iran’s Islamic revolution to show support for the Palestinians.

But it comes at a time when Iran is under increasing economic pressure after the US pulled out of the 2015 nuclear deal and prepares to reimpose crippling sanctions on the Islamic republic – a move that has been cheer-led by Israel. 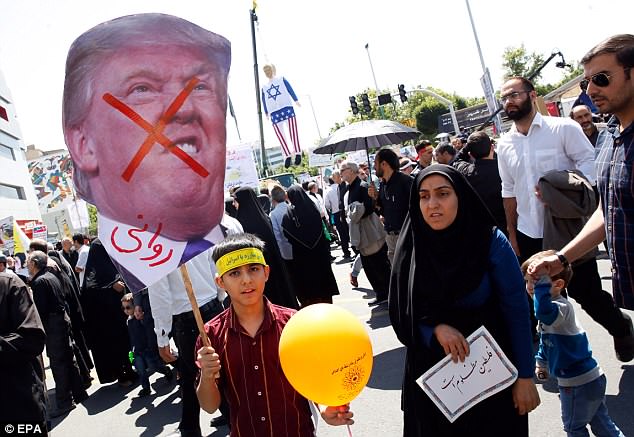 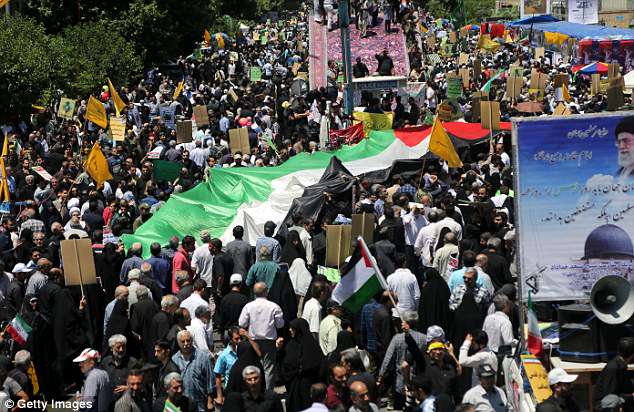 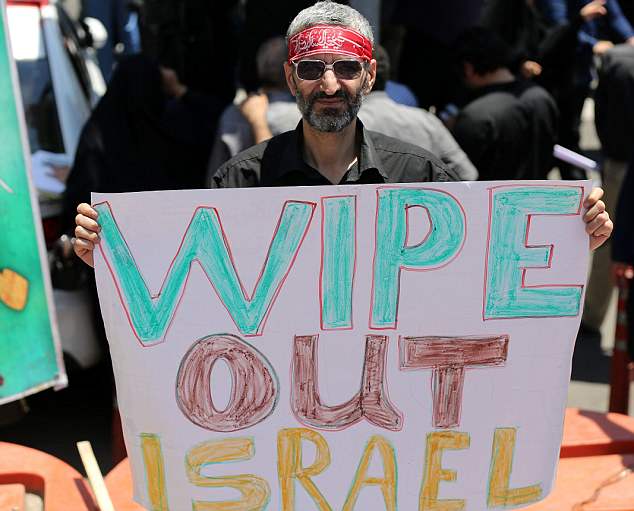 Many Iranians were adamant they were not anti-Israel but only wanted to support the Palestinians. This demonstrator. however, appears to have a different view 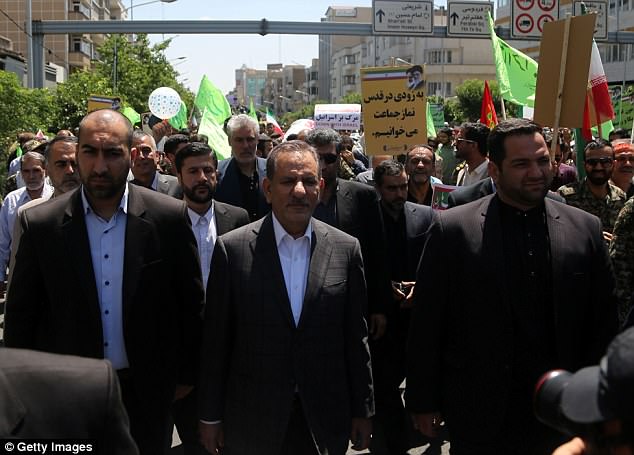 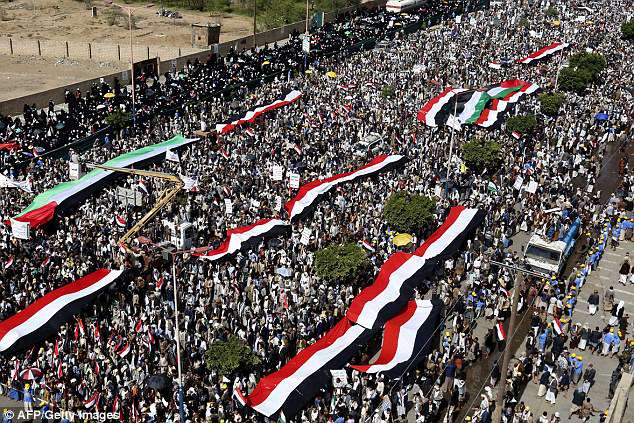 ‘The supreme leader told us we should come in large numbers to show the world that the actions of the US and Israel will not have any effect on our people,’ said Hassan Dorabi, a 30-year-old teacher.

The mood, as ever, was a mix of political rage and family fun, with children singing songs on stages and throwing darts at portraits of Israeli leader Benjamin Netanyahu and Saudi crown prince Mohammad bin Salman.

Many were adamant that Iran is merely supporting the Palestinian people, and is not planning a military attack as Israel fears.

‘We have never in our history started a war against any country and we are not going to in the future,’ said Hassan Ruholamini, a 33-year-old artist.

Afateh Salehi, a 58-year-old army employee, said Iranians ‘want all people to live in peace together’.

‘We don’t want any country to attack another. We are not animals. We could live with Israel but today they want to destroy the countries around them piece by piece,’ he said.

Demonstrations were also held in the Yemeni city of Sana’a.