Having first feared the worst, the Egyptian national team remain ‘optimistic’ that Mohamed Salah will be fit to play in the World Cup this summer despite leaving the Champions League final in tears.

The Liverpool and Egypt attacker landed awkwardly on his shoulder after a tangle with Sergio Ramos and was unable to continue as the Reds went on to fall to a 3-1 defeat.

But despite Liverpool boss Jurgen Klopp believing it was a ‘serious’ injury after the match, the national team revealed they retain optimism having discovered he has only sprained his shoulder joint.

Egypt remain ‘optimistic’ that Mohamed Salah, who left in a sling, will be fit for the World Cup 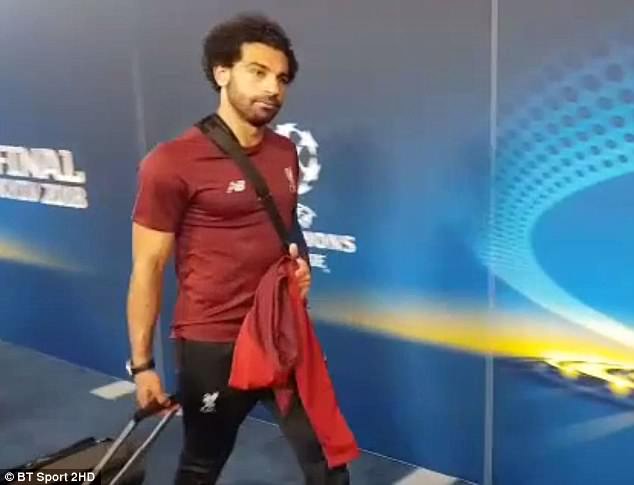 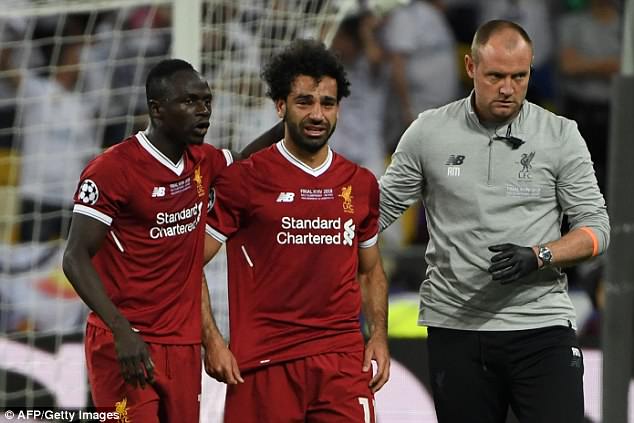 In tears as he left the field, it appears the national team feel the injury is not as bad as feared

It is impossible to quantify Salah’s importance to Egypt and their desperation to have him in their ranks was encapsulated by a tweet they published late on Saturday night, which came from the Egypt national team’s account.

‘The elected team doctor Dr Mohammed Abu Alaa has been told by Liverpool’s medical team following an X-Ray that Salah has a sprained shoulder joint and had his shoulders wrapped,’ the post read.

‘The Dr is optimistic of Salah’s chances of joining the national team for the World Cup.’ 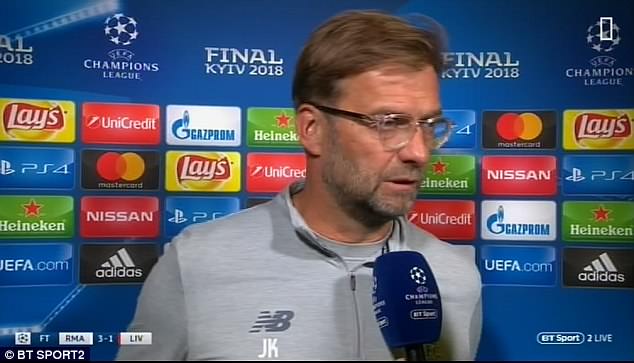 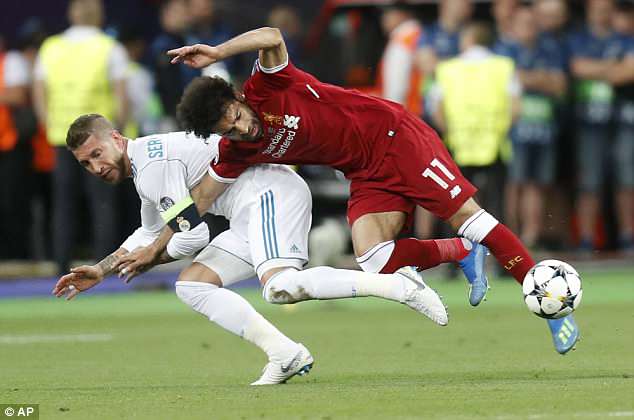 Jurgen Klopp, Liverpool’s manager, said: ‘It was a big moment in the game. I know if you say something like that after you’ve lost, you sound like a bad loser. But for me that was kind of a harsh challenge because the arm is there and it was like wrestling a little bit.

‘It was unlucky that Mo fell on his shoulder. It is a really serious injury – that’s worse. The shock of the boys was obvious, we dropped a little bit too deep. Real tried to use that positive momentum until we settled a little bit.

‘At half-time we could change a few things and defend half-spaces better like we had done before. The other decisive moments were the goals. They were quite strange but that’s how it is. We know the result, 3-1 Real Madrid, and that’s why we are not in the best mood.’ 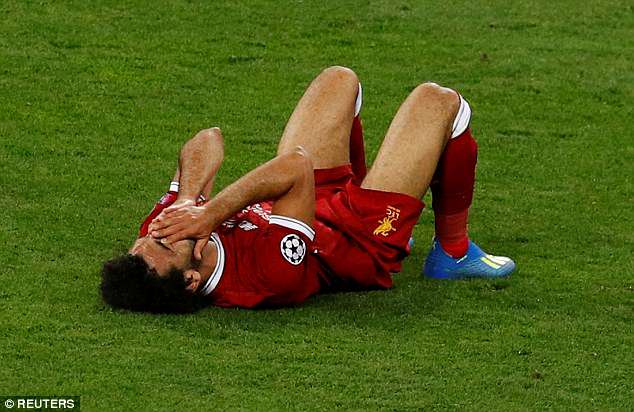