A goalkeeper from Egypt has become a viral sensation after a clip of him showing off some unorthodox goalkeeping spread overnight.

In a clip posted on Twitter, Enppi Club’s Mahmoud Gad makes a recovery save that seems almost impossible during his side’s game against Pyramids in the Egyptian Premier League.

A raking pass is played diagonally across the pitch by a Pyramids player, but Gad comes racing out of his penalty area to head it clear. 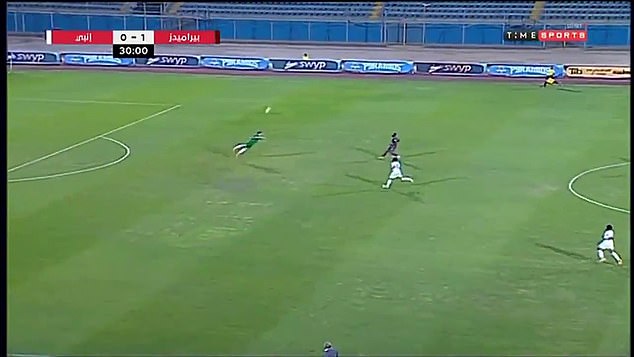 Despite getting distance on the header, a Pyramids player strikes the ball well and goal bound 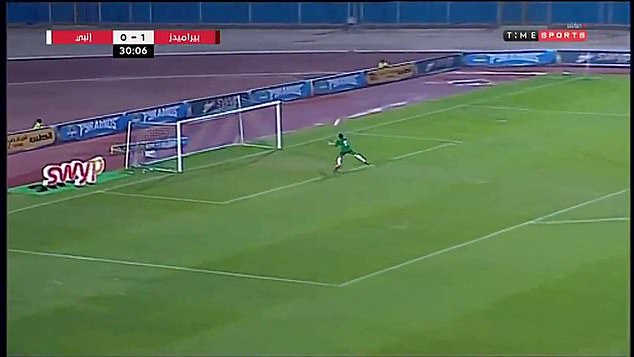 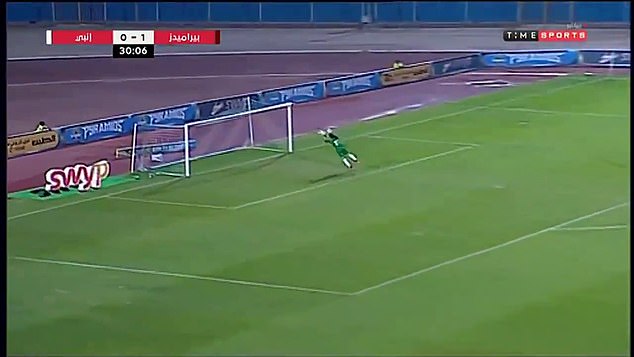 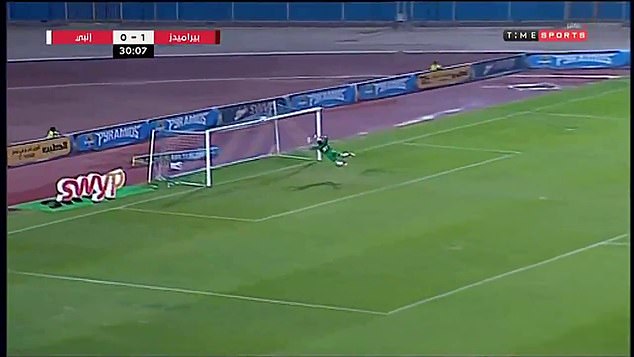 An opposition player meets the clearance with a first-time strike which looks goal-bound, yet Gad somehow made it back in time to punch the ball over his own crossbar.

Twitter was quick to praise Gad’s wonder save, with users marvelling at the recovery from the 22-year-old.

@DavidPreece12 said: ‘Best save I’ve ever seen, this,’ while @Smercer79 said: ‘That’s some epic keeping.’

However, some comments questioned the need for Enppi’s keeper to come racing out of his own area the way he did.

@IanWrightsLob said: ‘Completely misread the situation. No way the striker gets to the first pass. Nice recovery save though.’ @woodersworld said: ‘Why didnt he just wait in his box and catch the first pass?’

Despite Gad’s extraordinary save, Enppi were defeated 4-0 by Pyramids in the Egyptian Premier League’s opening game of the season.