The fallout from Mohamed Salah’s Champions League final-ending shoulder injury has continued back in his homeland of Egypt.

An Egyptian lawyer has claimed on national television he has launched a €1billion (£873.725m) lawsuit against Sergio Ramos.

Bassem Wahba is suing the Real Madrid captain for his challenge on Salah in Kiev and the ‘physical and psychological harm’ it has given the people of Egypt. He said on the Sada El-Balad channel: ‘Ramos intentionally injured Mo Salah and should be punished about his actions.

‘I’ve filed a lawsuit and a complaint to FIFA.

‘I’ll ask for compensation, which could exceed €1 billion (£873 million), for the physical and psychological harm that Ramos gave Salah and the Egyptian people.’

The nature of Salah’s injury is still unclear but Egypt’s medical team are confident he will be available for the World Cup in Russia. 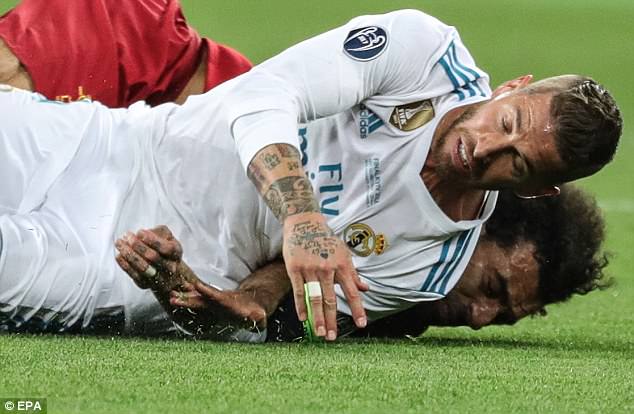 They claimed he suffered ‘a sprain in the shoulder ligaments’, from the first-half challenge that brought an early end to his evening in Kiev on Saturday.

Shorn of their star man Liverpool went on to lose 3-1.

And Salah faces a race against time to be fit for Egypt’s first World Cup game in 28 years next month.

The Egyptians face Uruguay in their opening match on June 15. 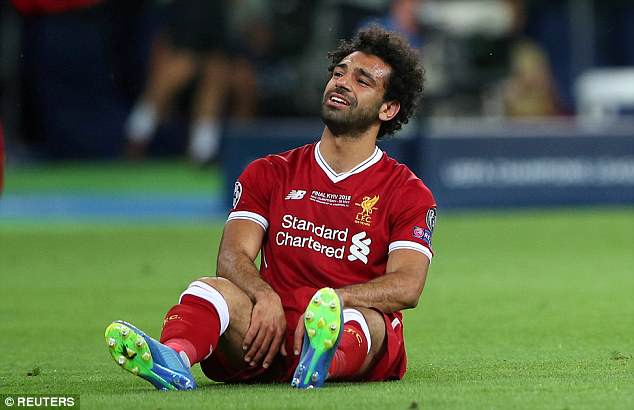