John Beames, 67, was confirmed Tuesday as the eighth condemned inmate at San Quentin State Prison to die of coronavirus

Eight prisoners on death row are among at least 15 victims of coronavirus in California’s oldest prison as its outbreak worsens.

San Quentin State Prison confirmed Tuesday the death of John Beames, 67, of what appeared to be complications related to COVID-19.

The coroner is still to determine his exact cause of death.

The prison is experiencing the worst inmate outbreak in California with almost two thirds of its inmates already infected.

It had previously avoided an outbreak until several detainees from the California Institution for Men in Chino were transferred there in late May, according to the California Department of Corrections and Rehabilitation (CDCR).

Since then, the outbreak has ravaged through the prison’s inmates and has hit death row the hardest.

Over half of the deaths in the prison to this point were inmates on death row, which is the nation’s largest.

Beames became the eight death row inmate believed to have died from coronavirus as a result of the escalating outbreak, according to Associated Press. 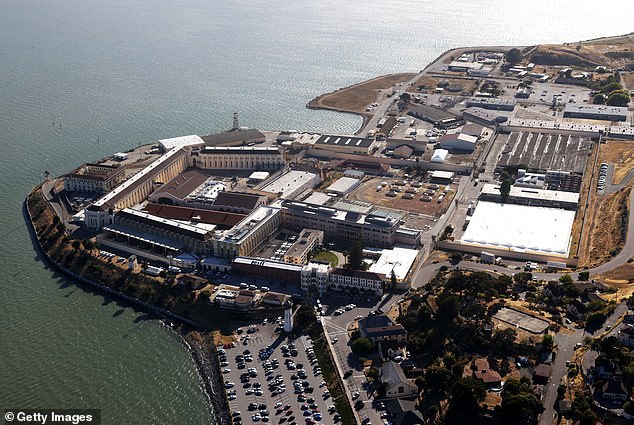 San Quentin State Prison has had 15 coronavirus death, eight of which were on death row 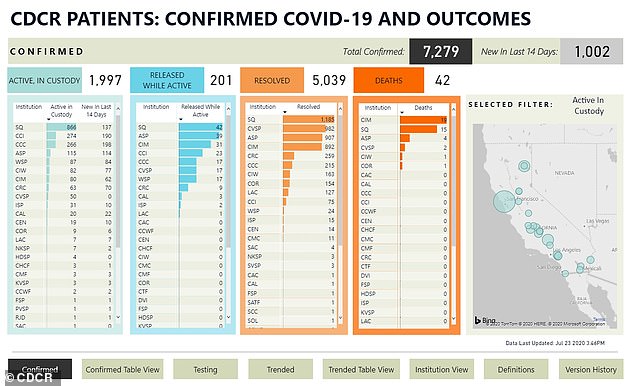 San Quentin State Prison is experiencing the worst inmate outbreak in California. Almost two-thirds of its inmate population has now been infected with coronavirus at some point

He was convicted of first-degree murder in the death of a 15-month-old child and sentenced to death in Tulare County on October 11, 1995.

He had moved into the home of Angelita McMains and her young daughter Cassie McMains in April 1993.

The young girl bled to death in January 1994 after her liver was hit so hard it nearly split in two, according to the San Francisco Chronicle.

She also had multiple other physical injuries, including a broken leg, burns and black eyes, in the months before her death.

Beames was found guilty of torturing and killing the toddler. He was admitted onto California’s death row on November 7, 1995.

The first death of a condemned person in San Quentin was reported in mid-June.

Richard E. Stitely, who had been on California’s death row for close to 30 years, died on June 24 aged 71. 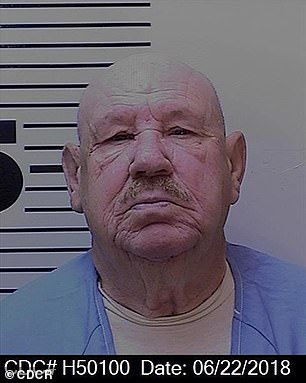 His COVID-19 status was not initially known but according to CNN, he later became the first known death linked to coronavirus inside the California prison.

She was last seen leaving the White Oak Bar in Reseda with Stitely.

The next day her body was found in a parking lot of a North Hollywood industrial complex.

There were no other coronavirus victims on death row until July 3, which began a two-week spike in deaths.

The other six condemned inmates all died between July 3 and July 20, all convicted murderers and some also charged with rape and other felonies. 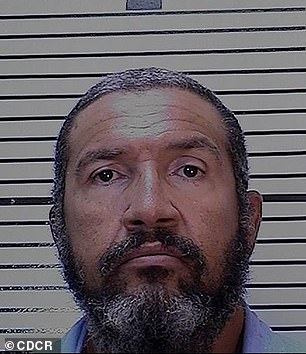 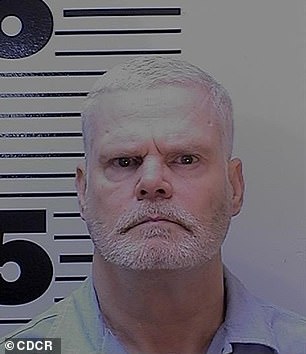 Scott Erskine, 57, (right) who had been on California’s death row since 2004, and Manuel Alvarez, 59, (left) who had been condemned since 1989, both died on July 3, from what appear to be complications related to COVID-19. They were both found guilty of murder 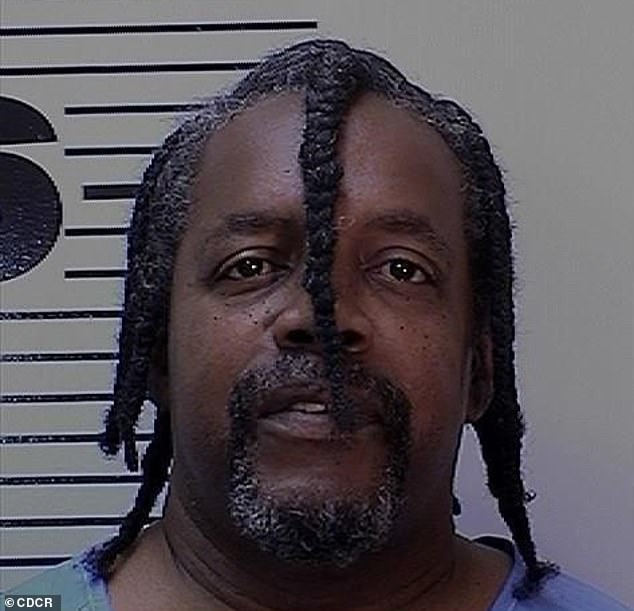 On September 1, 2004 he was condemned by San Diego County for two counts of first-degree murder with use of a firearm.

Alvarez was committed to CDCR as a condemned inmate from Sacramento County on September 14, 1989 for first-degree murder, first-degree attempted robbery, rape with force, vehicle theft, and first-degree robbery.

The next death came just a day later when Dewayne Michael Carey, 59, was pronounced deceased on July 4 at an outside hospital.

He had been condemned since 1996 for first-degree murder.

On July 8, David Reed, 60, also died in an outside hospital.

He had been admitted into death row in November 2011 for first-degree murder with use of a deadly weapon.

Jeffrey J. Hawkins, 64, was the next death row inmate to die. 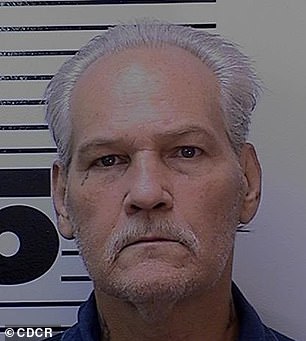 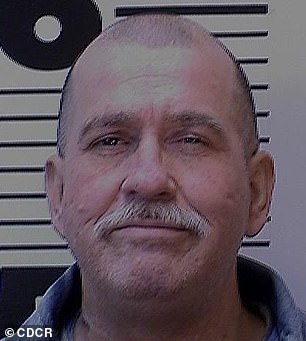 Jeffrey J. Hawkins, 64, (left) and David Reed, 60, (right) both died of coronavirus this month while on death row in San Quentin state prison in California 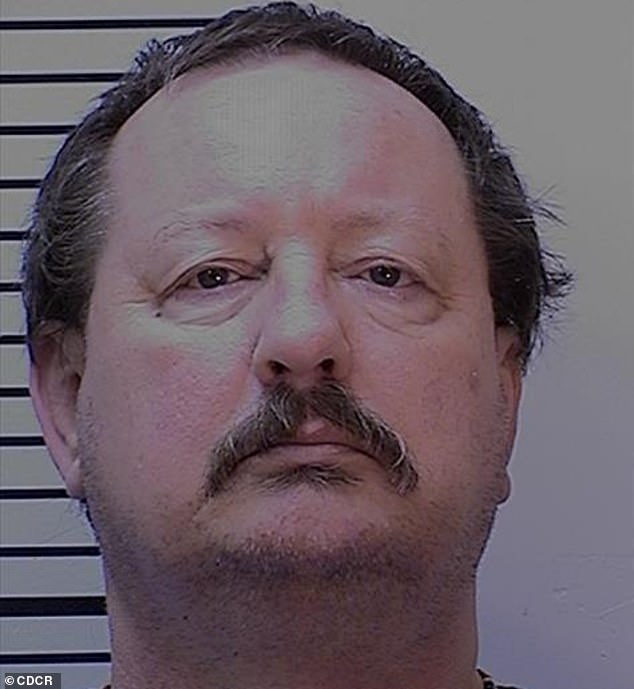 Before Beames death, inmate Troy A. Ashmus, 58, had been the last inmate on death row to died of COVID-19 complications.

He had first been committed to state prison in 1985 to serve a six-year sentence for assault with intent to commit a specific sex crime.

While incarcerated, he was sentenced to death on July 25, 1986, by a Sacramento County jury for first-degree murder, forcible rape, sodomy with a victim under 14 years old with force/violence, and lewd and lascivious acts on a child under 14 with force/violence.

There are currently 717 people on California’s death row, according the CDCR.

San Quentin, located just north of San Francisco, has the worst prison outbreak in the state with 2,108 confirmed cases and 137 new cases confirmed in the past 14 days.

The prison’s total inmate population is approximately 3,300 meaning that almost two thirds of its prisoner have already been infected.

There have been 15 deaths reported so far.

There have also been 42 infected inmates who were released. 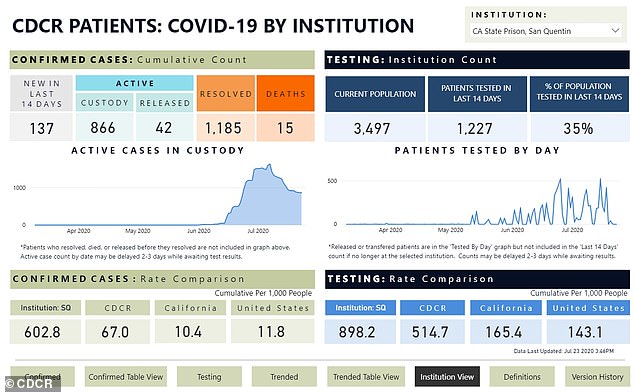 A breakdown of cases in San Quetin  shows it has one of the highest infection rates in the U.S. 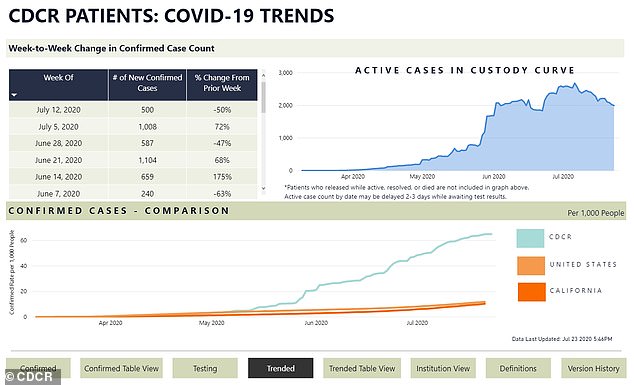 According to Associated Press, California Institution for Men in Southern California has the most inmate deaths, with 19.

There have been eight other inmate deaths scattered among four additional prisons.

There have been more than 7,200 coronavirus cases in California prisons in total.

The outbreaks prompted early release for at least 10,000 inmates who were serving terms for nonviolent crimes and are close to finishing their sentences.

Yet as the pandemic worsened, California announced on July 10 that it would grant early release to an additional 8,000 incarcerated people, according to KTLA.

The new measure means that inmates who have fewer than 180 days left to serve on their sentences will be eligible for expedited parole, except for those serving sentences for domestic violence, a violent or serious crime, or registered sex offenders. 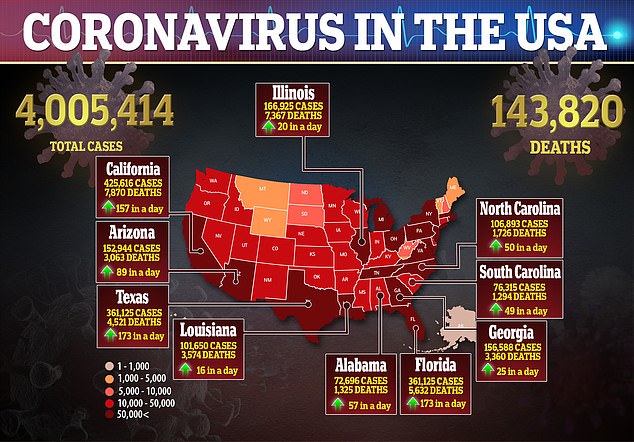 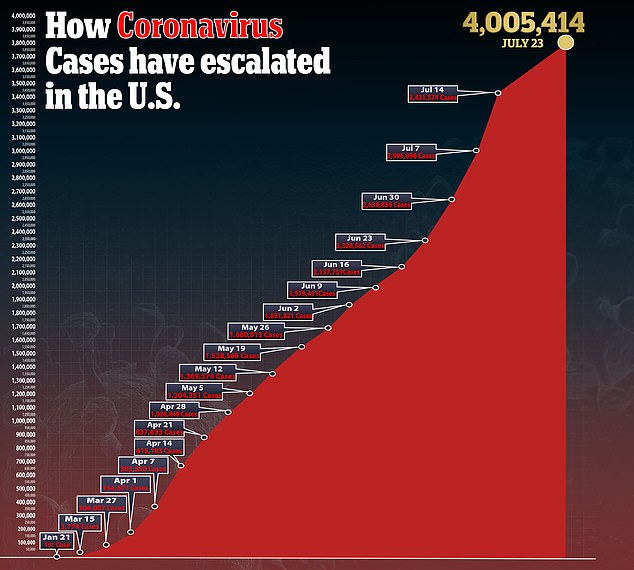 It came as the chief medical officer for California’s corrections system was removed after criticism over transferring the men from Chino that sparked outbreaks in other prisons.

‘It is incredibly frustrating that we had one person make the decision to transfer a few patients from one prison, Chino, into San Quentin,’ California Gov. Gavin Newsom said in a July 9 news conference.

‘That decision created a chain of events that we are now addressing and dealing with. I’m not here to sugarcoat that.’

This week as outbreaks worsened further, U.S. District Judge Jon Tigar on Wednesday ordered prison officials to vacate or reserve at least 100 beds in each of the state’s 35 prisons for isolating and quarantining inmates.

Tigar ordered that the space used can include tents, gymnasiums or other other converted spaces, as have been used at San Quentin. 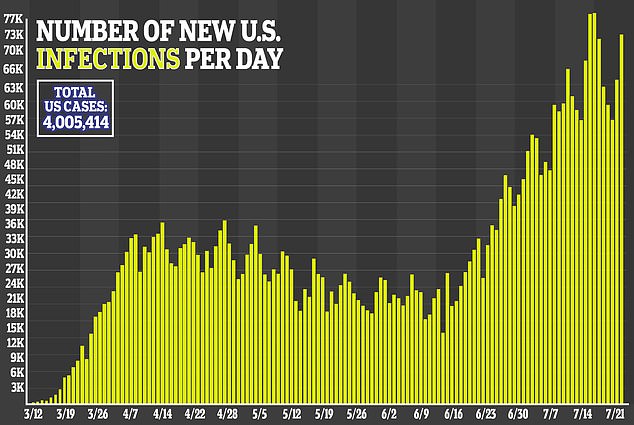 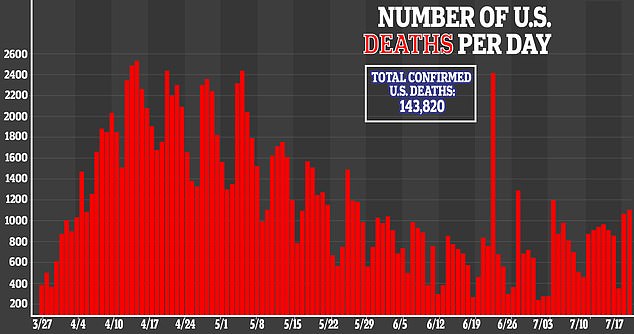 The judge, however, stopped short of following the recommendation of a federal official who said each prison should empty 20 percent of its population.

Yet he noted that officials should decide if more space is needed based on health considerations, without regard to whether inmates would have to be released.

If officials can’t meet that requirement, attorneys representing inmates say it should prompt Tigar to impanel a special three-judge court that could order more releases.