‘The Sistine Chapel of the ancients’: Eight-mile wall of prehistoric paintings of animals and humans is discovered in heart of the Amazon rainforest

An eight-mile wall of prehistoric rock art featuring animals and humans has been discovered in the Amazonian rainforest after it was created up to 12,500 years ago.

The historical artwork, which is now being called the ‘Sistine Chapel of the ancients’, was uncovered on cliff faces last year in the Chiribiquete National Park, Columbia, by UK-Columbian team of archaeologists funded by European Research Council.

The date of the paintings has been based on the portrayal of extinct animals from the ice age such as the mastodon – a prehistoric relative of the elephant which hasn’t been seen in South America for at least 12,000 years.

There are also depictions of palaeolama, an extinct member of the camel family, as well as giant sloths and ice age horses.

Human handprints can also be seen. In the Amazon most native tribes who were living on the land by 1500 are believed to be descendants of the first Siberian wave of migrants who are thought to have crossed the Bering Land Bridge up to 17,000 years ago.

Although it is unclear exactly which tribe created the paintings, there are two main indigenous tribes of the Amazon which have been around for thousands of years – the Yanomami and the Kayapo.

The eight-mile wall of prehistoric rock art featuring animals and human and created up to 12,500 years ago has been discovered by a team of team of archaeologists 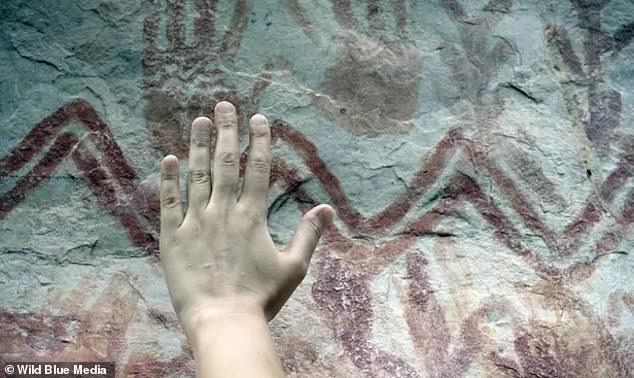 The team uncovered the historical artwork, which is now being called the ‘Sistine Chapel of the ancients’, on cliff faces last year in the Chiribiquete National Park, Columbia 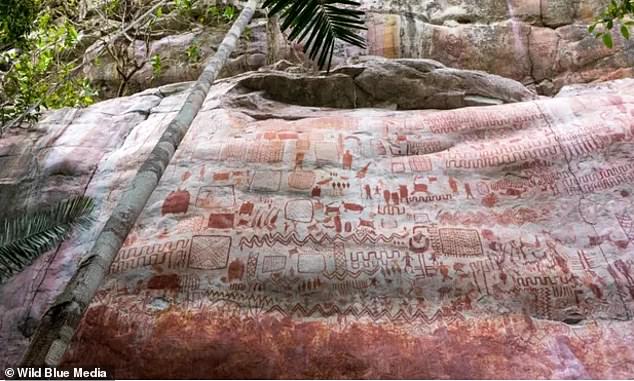 Among the paintings are  discovery hat were created up to 12,500 years ago, are ones depicting the now now-extinct mastodon that once inhabited North and Central America and , the palaeolama- an extinct camelid. 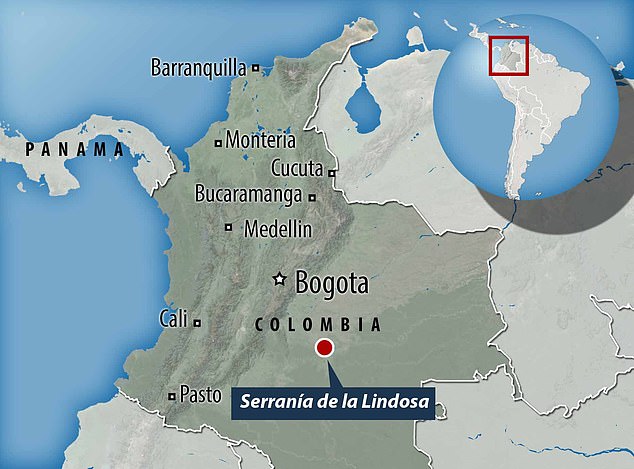 The first report of the Yanomami, who live between the borders of Brazil and Venezuela, was in 1759 when a Spanish explorer found a chief of another tribe who mentioned them.

It is believed that these ancient images, which give a glimpse of a now lost civilisation, were created by some of the first ever humans to reach the Amazon.

The fascinating discovery will now feature in a Channel 4 series Jungle Mystery: Lost Kingdoms of the Amazon, which will be in December.

The documentary’s presenter, Ella Al-Shamahi, an archaeologist and explorer, shared her excitement at seeing the images being brought back to life.

She told The Observer: ‘The new site is so new, they haven’t even given it a name yet.’ 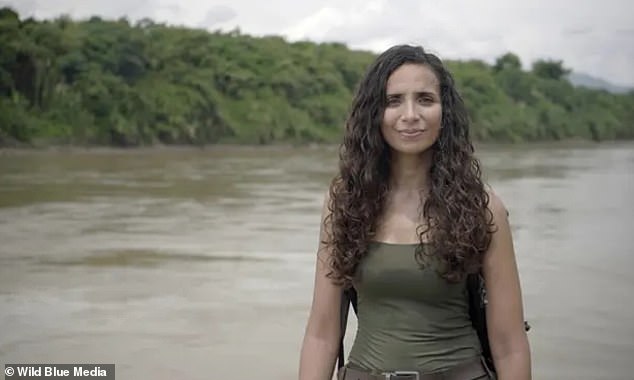 Ella Al-Shamahi, an archaeologist and explorer, shared her excitement at seeing the images being resurrected

Meanwhile the team’s leader José Iriarte, a professor of archaeology at Exeter University said: ‘When you’re there, your emotions flow … We’re talking about several tens of thousands of paintings.

‘It’s going to take generations to record them … Every turn you do, it’s a new wall of paintings. We started seeing animals that are now extinct.’

The site, which is located in the Serranía de la Lindosa, can be accessed by a two-hour drive from San José del Guaviare and is so remote that it is occupied by some of the region’s most dangerous animals.