Eight police officers pose with their babies after ALL welcoming newborns

A group of eight police officers who all welcomed babies within months of one another posed for a touching family photo — in a tongue-in-cheek attempt to compete with a similar picture previously staged by firefighters.

The Erlanger Police Department of Kentucky shared the snap on Facebook earlier this month.

All eight officers can be seen forming one line, each wearing their uniform and proudly holding their child.

Baby boom: A group of eight police officers who all welcomed babies within months of one another posed for a touching family photo and shared it online earlier this month 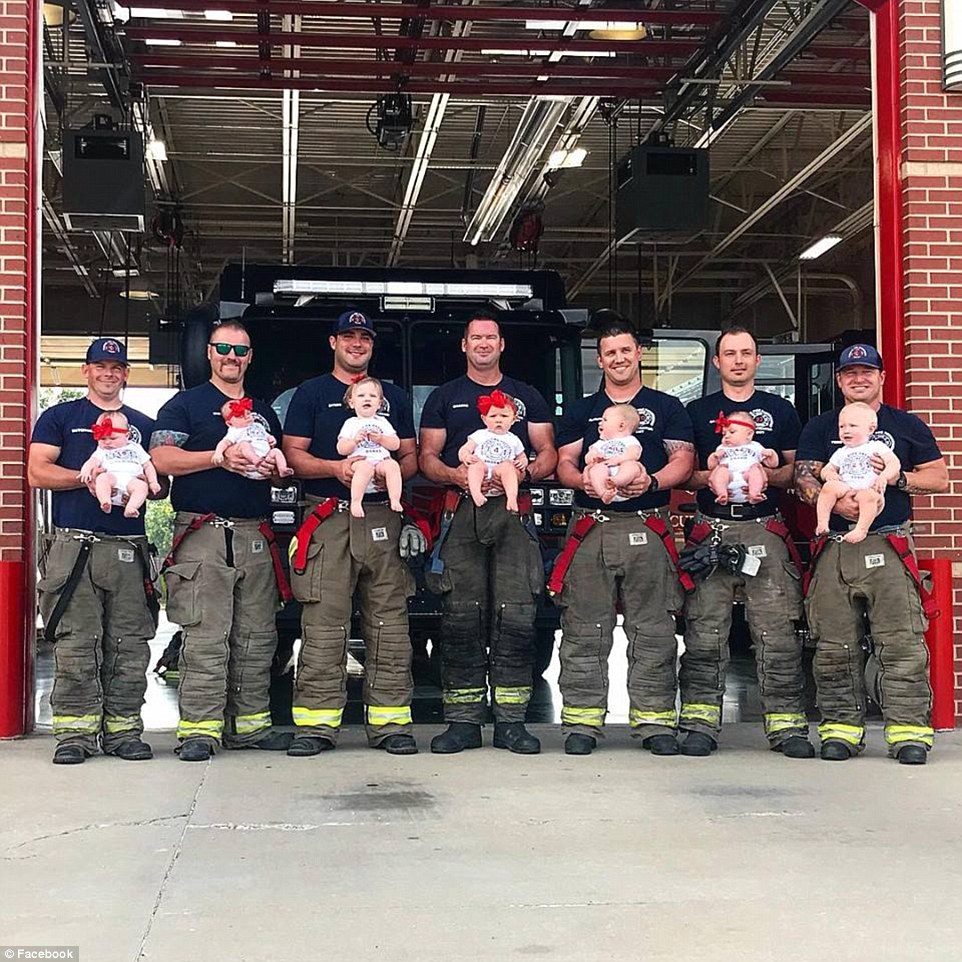 Families: A group of seven firefighters shared a similar image in May this year after all of them welcomed babies within a short time frame

The image, which has received more than 800 reactions on Facebook including likes, calls to mind a photo that went viral earlier this year, when a group of firefighters posed in a similar set up.

Seven firefighters from the same department in Glenpool, Oklahoma, had also all welcomed babies within a short time frame.

They posed all together in their uniforms with their little ones. The image, shared in May, has generated 1,800 reactions on Facebook.

The parents also arranged a shot featuring just the babies, six of whom laid on their father’s uniform while the seventh sat up. 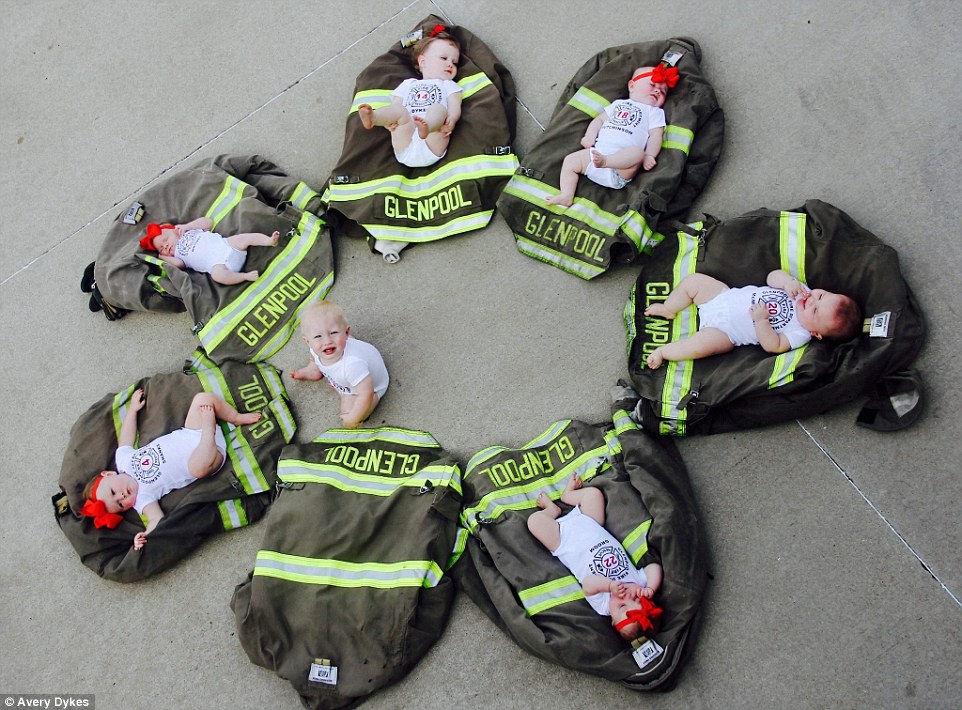 Babies: The parents also arranged a shot featuring just the babies, six of whom laid on their father’s uniform while the seventh sat up 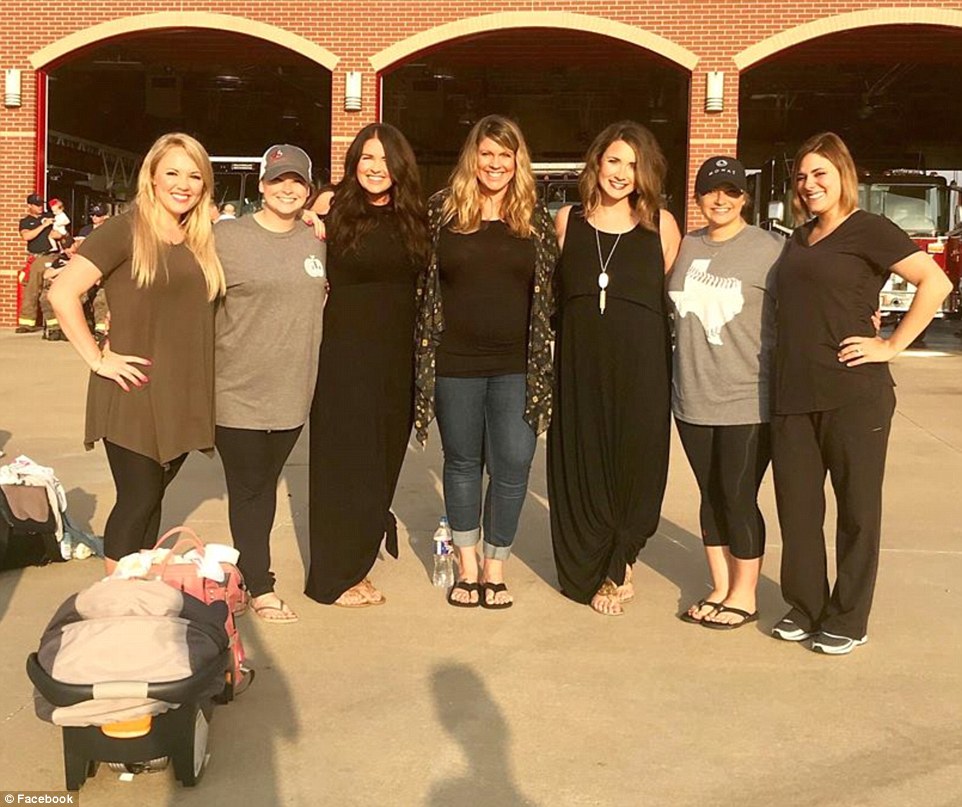 Parents: The seven babies’ mothers also posed for a group shot of their own

The Erlanger Police Department acknowledged the firefighters and their babies while sharing the officers’ new family photo.

‘Hey Glenpool Fire Department. I guess there’s something in the water here in Erlanger KY too!’ the department wrote.

One of the Kentucky police officers told WLWT how surprised he and his colleagues were when they realized they were about to experience a baby boom.

He and his colleagues Robert Yocum, Margaret Ernst, Michael Clark, Kyle Thornberry, EJ Dettmer, Justin Auton, and Josh Nezi, are now balancing their parenting duties with their work on the force.

‘I average about three hours [of sleep] a night,’ Yocum told the station. ‘I do cook a lot. I do all the wife’s meals for the whole week, the kids, I do all of that. I make birthday cake, stuff like that, even though I don’t eat cakes.’

Officer Atchley gave a shout-out to his coworker Officer Ernst, the mother in the police department’s photo, adding: ‘She is not only having the kid, she is doing this job also.’