Around 80 firefighters have been sent to a fire at a block of flats in southeast London and are currently battling the blaze.

Flames could be seen roaring through the flat on the sixth-floor, and also spreading to the roof, as thick plumes of smoke rose above the rooftops.

The London Fire Brigade tweeted at 07:52 p.m. on Wednesday that fire engines had been called to the flats on Childers Street in Deptford.

In a statement released after their initial tweet, the fire brigade said that a total of 12 fire engines had been called to the scene.

Around 80 firefighters have been called to the scene of a fire in Deptford, southeast London, where a sixth-story flat and its roof have gone up in flames (pictured)

In videos and images shared online by bystanders, flames could be seen engulfing the top of the block of flats and its roof as people gathered outside.

The fire trucks could also be seen in the street with their blue lights flashing, as fire fighters battled the blaze.

One image showed a tall crane rising above rooftops, spraying water down onto the fire from above.

A drone was reportedly used by firefighters to give an aerial view to assist those working to get the blaze under control. 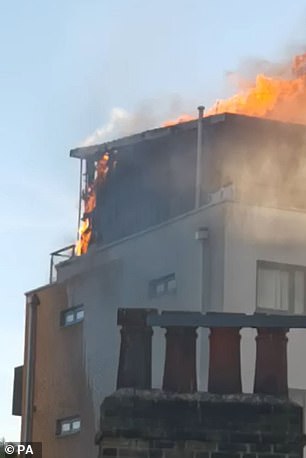 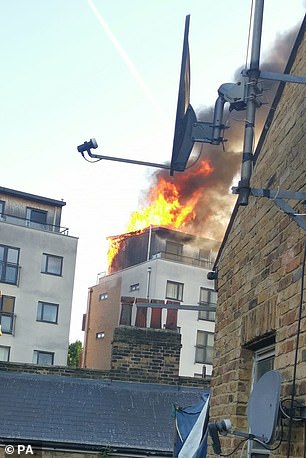 Nearby residents were able to capture footage of the first from the homes. The footage showed large flames rising from the roof of the flats

The sixth floor flat and its roof was alight, but images have shown that the fire brigade appeared to be getting the blaze under control.

After first being called about the fire at 07:26 p.m, crews from Deptford, New Cross, Greenwich, Old Kent Road, Lewisham and surrounding fire stations arrived at the scene, the London Fire Brigade said.

Initially, the LFB tweeted saying that eight fire engines and 60 firefighters had been called to the fire, but reinforcements were sent in after the initial report.

The fire brigade’s statement said that it received a total of 34 calls about the fire from people in the vicinity.

The cause of the fire is not known at this stage, and it is unknown whether there has been any casualties. 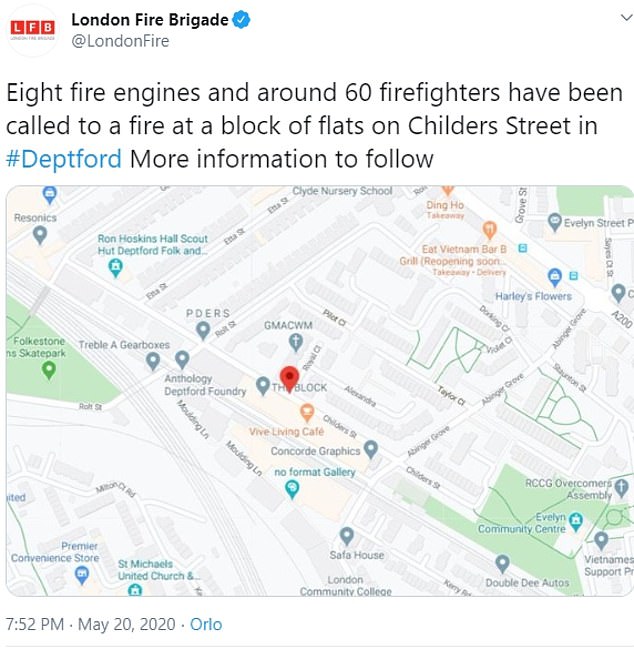 The London Fire Brigade tweeted on Wednesday evening saying eight fire engines and 60 firefighters had been sent to the blaze on Childers Street, Deptford 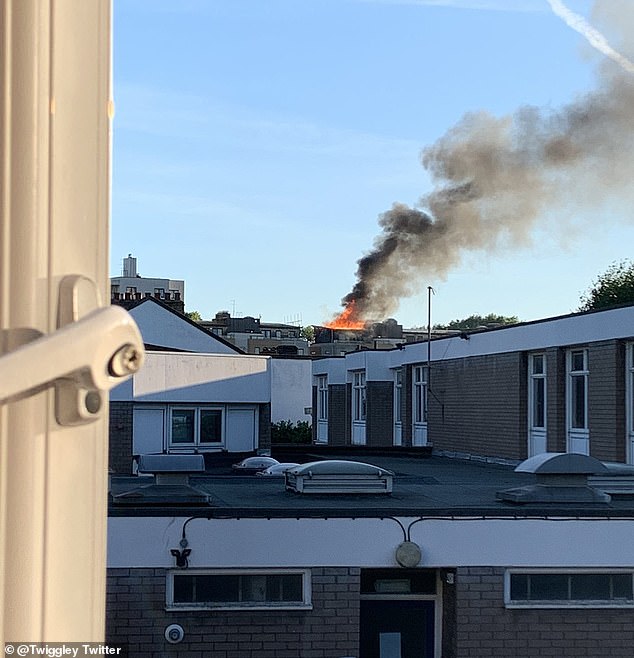 One twitter user shared a photo of the flames and smoke rising, taken over the top of other rooftops 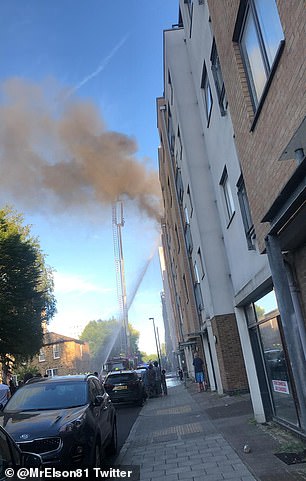 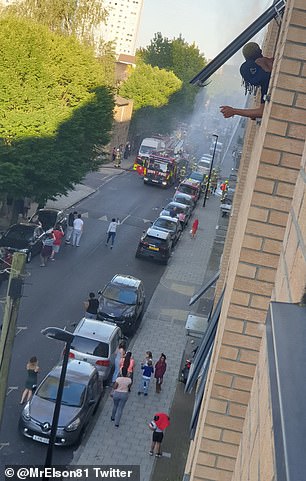 Left: Smoke rises from the roof of an apartment block in Deptford, as fire crews spray water up from the road. Right: Residents of an adjacent block of flats lean out of their windows watching as fire crews tackle the blaze