A letter written by Albert Einstein in 1938 criticising then British prime minister Neville Chamberlain for his policy of appeasement towards Nazi Germany has been put up for auction.

It was penned by the world famous physicist in 1938, just 10 days after the Munich agreement was signed in September allowing Adolf Hitler to annex part of Czechoslovakia known as the Sudetenland.

The letter, expected to fetch up to $25,000 at the Los Angeles auction, was to his best friend Michele Besso, a Swiss/Italian engineer, discussing the future of Europe and Mr Chamberlain’s leadership.

The Munich agreement is famous for Mr Chamberlain’s ‘Peace For Our Time’ speech made just hours after the conference, attended by the leaders of the UK, Germany, France and Italy.

Mr Chamberlain said the deal with Germany was ‘symbolic of the desire of our two peoples never to go to war with one another again’, but it actually only served to further Hitler’s agenda to expand into Europe.

A letter written by German physicist Albert Einstein written days after the 1938 Munich Agreement is going up for auction in Los Angeles and is expected to fetch $25,000. In the letter, Einstein criticises the leadership of then British prime minister Neville Chamberlain, particularly over his policy of appeasement towards Adolf Hitler’s invasion of parts of Czechoslovkia. Einstein, who had moved to the US by this point, also wrote that he had ‘no hope for Europe’ in the face of Hitler’s agression 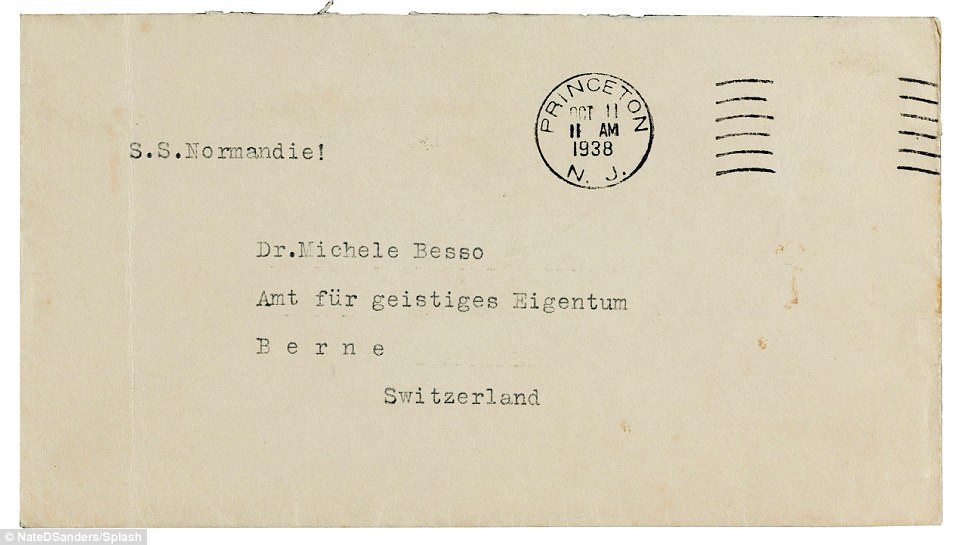 The letter was sent to Einstein’s best friend Michele Besso, a Swiss/Italian engineer who lived in Switzerland. Einstein told Mr Besso he was ‘naive’ for having any faith in Mr Chamberlain and said the British leader was ‘hoping Hitler would let off steam by attacking Russia. In the letter he also accused the prime minister of ‘betraying’ Czechoslovakia and being ‘deceptive’ by convincing the French to do the same 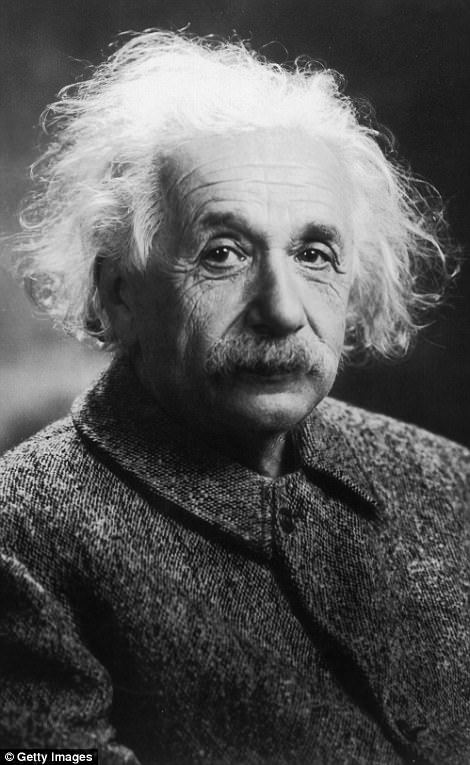 Einstein, left, wrote that Mr Chamberlain was supporting those who believed ‘Better Hitler than the Red’, referring to Communists. Many historians have also criticised Mr Chamberlain for not opposing German expansion sooner, leading to Hitler then taking over the rest of Czechoslovakia in March 1939 before he invaded Poland in September that year, causing the outbreak of the Second World War

It was not attended by the Czechoslovakian government, however, leading to widespread criticism and the agreement being renamed the Munich Betrayal within the country.

Einstein was another critic and said Mr Chamberlain was just trying to ‘save himself’ by convincing other powers to follow his policy of appeasement.

He also told Mr Besso he believed the prime minister was hoping Hitler would turn his attention to Russia and fight against Communism.

Einstein, who left Germany for New Jersey after Hitler came to power in 1933, wrote: ‘You have confidence in the British and even Chamberlain? O sancta simplicitas…! [Oh holy innocence]

‘[He is] Hoping that Hitler might let off steam by attacking Russia, he sacrifices Eastern Europe. 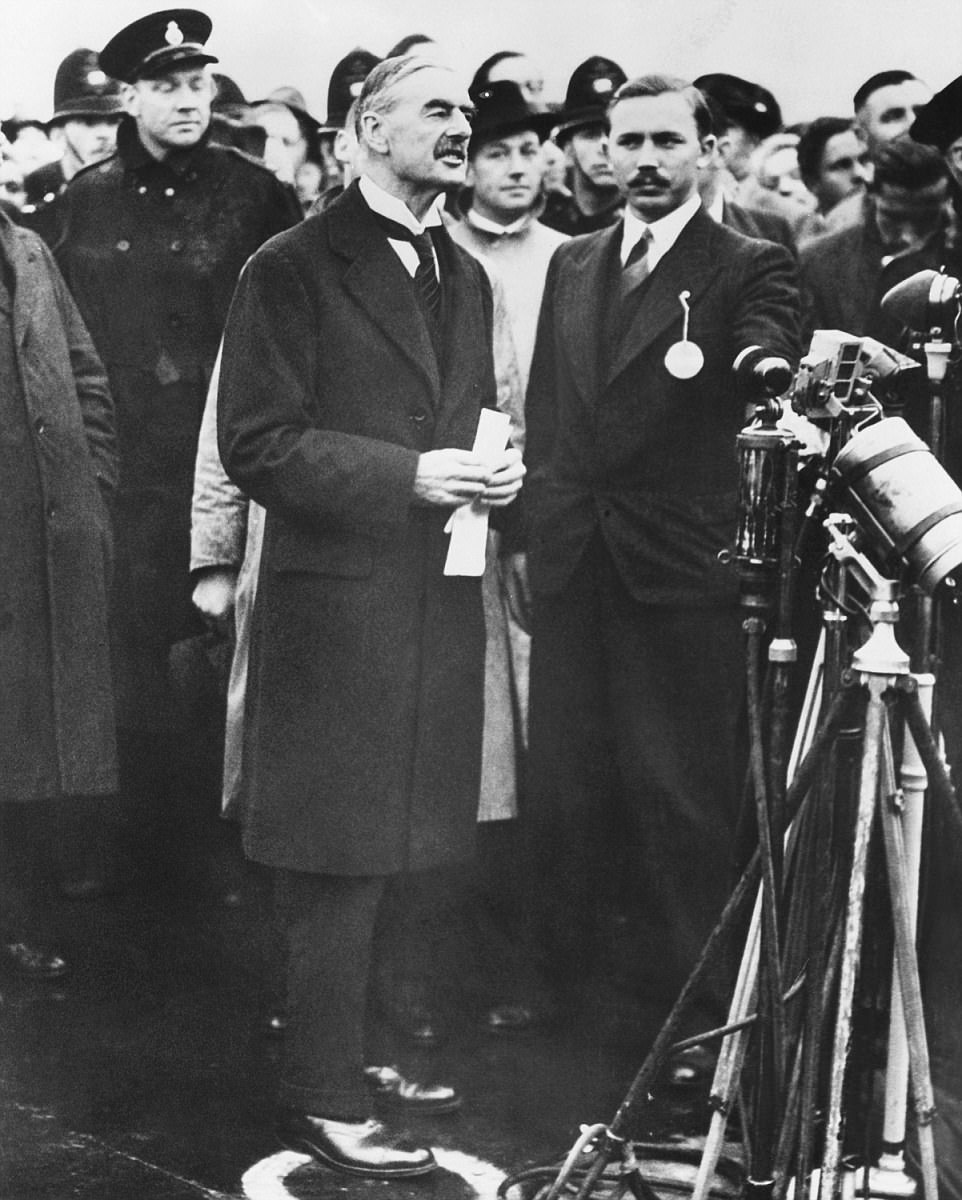 The Munich Agreement was famously followed by Mr Chamberlain’s ‘Peace for Our Time’ speech in which he said the deal showed the UK and Germany ‘never wanted to go to war again’. However, it only served to give Hitler the confidence to be more aggressive and it made him believe the UK and France would not risk war by opposing him 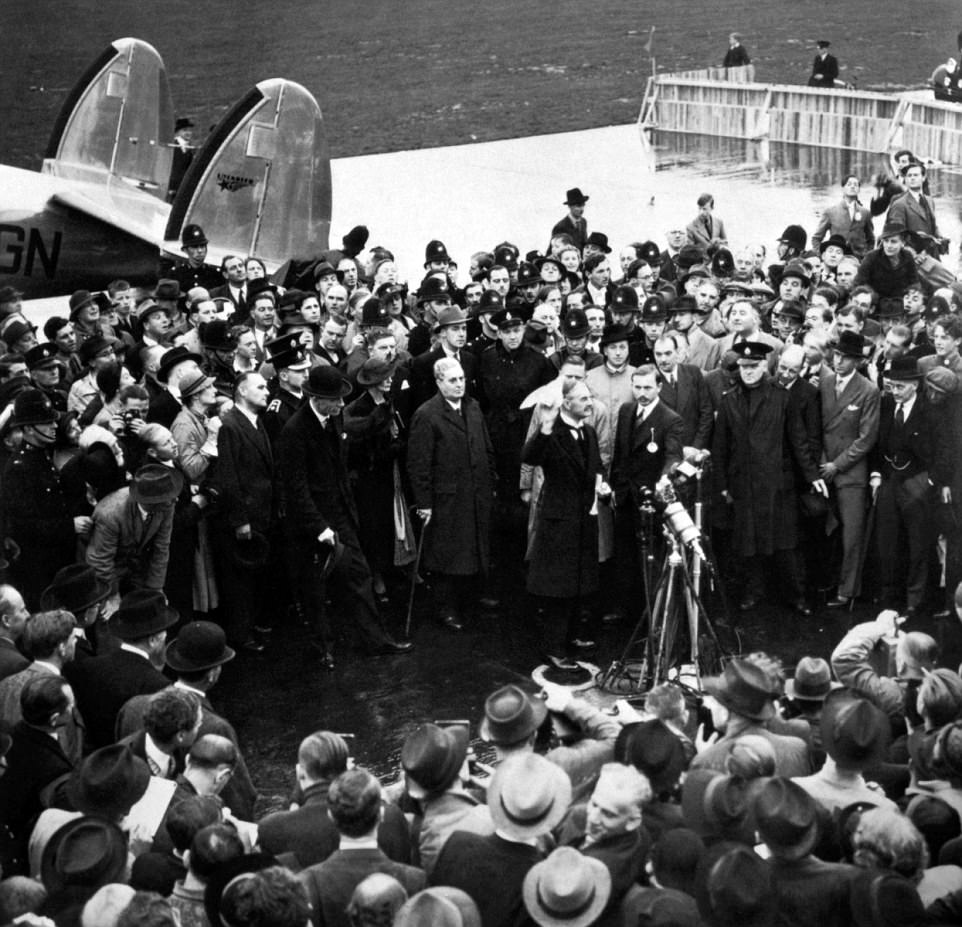 Chamberlain’s legacy has been defended by some, with the cheers and applause he received at the speech, pictured, used as evidence that the country did not want to go to war and were not concerned about the invasion of Czechoslovakia. Chamberlain is pictured holding up the signed agreement he believed meant war would be avoided

‘But we will come to see once more that shrewdness does not win in the long term.

‘In France, he pushed the Left into a corner and, in France as well, helped give power to those people whose motto is, “Better Hitler than the Reds.”

‘The extermination policy against Spain already showed this clearly. Now he saved Hitler in the nick of time by crowning himself with the wreath of love of peace and inducing France to betray the Czechs.

‘He did all this in such a clever way that he deceived most people, even you (unfortunately). His only fear, which spurred him on to his humiliating flights, was the worry that Hitler might lose ground.

‘I do not have any hope left for the future of Europe.’

The Munich Agreement in September 1938 saw the leaders of the UK, Germany, France and Italy meet to discuss Hitler’s expansion into parts of western Czechoslovakia known as the Sudetenland.

The Czech government was not invited to the conference in Munich, causing outrage, and the major powers eventually agreed to allow Germany to annex the region without opposition.

It became infamous as part of British Prime Minister Neville Chamberlain’s appeasement policy, with the leader returning to the UK promising ‘peace for our time’.

He also said the deal was proof the UK and Germany ‘would never go to war again’, although historians argue it only gave Hitler more confidence he could invade other parts of Europe without fear of reprisal.

In early 1939, Hitler annexed the rest of Czechoslovakia without opposition, and it was not until September of that year that France and the UK finally declared war after Germany invaded Poland.

The agreement permitted Germany to take over much of the western borderlands of the country, where many German-speakers lived.

Under the Treaty of Versailles, Germany was forced to accept blame for the outbreak and pay huge reparations of £22billion.

The country also had limitations placed on its armed forces, restricting its army to 100,000 men and navy to just six battleships, while banning its air force altogether.

Parts of Germany were also handed to France and Poland, creating huge changes to its borders.

Many historians believe this caused resentment among the German people that was exploited by Hitler during his rise to power.

The Nazi leader had already flouted one of the terms of the treaty by reuniting Germany and Austria in ‘Anschluss’ in March 1938 – with no resistance from the western powers.

Others have tried to justify Mr Chamberlain’s decisions, claiming he did not want to lose millions of British lives in another conflict just 20 years after the First World War.

Appeasement only spurred Hitler’s ambitions on further, however, and with the UK and France failing to oppose him, he invaded the rest of Czechoslovakia in March 1939 and again faced no challenge from the west.

This only made him more confident and led to the invasion of Poland in September 1939, with France and Britain finally declaring war after agreeing to protect Poland.

Mr Chamberlain would only remain in power for a few more months after public opinion turned against him and he was replaced by Winston Churchill.

His appeasement policy has been debated by historians ever since, and although the consensus is that he made poor decisions, reports from the time suggest the British public were not concerned about the fate of Czechoslovakia.

The delighted crowds who greeted Mr Chamberlain’s ‘Peace For Our Time’ speech with cheers and applause also suggest there was little appetite to go to war with Germany over central Europe in 1938.