Joaquín ‘El Chapo’ Guzmán will be filing an appeal to be released from prison one year after a New York federal court sentenced him to life behind bars.

Guzmán is currently locked away at ADX Florence, a supermax security prison in Florence, Colorado.

The 63-year-old co-founder of the Sinaloa Cartel and his attorneys have until August 21 to submit their appeal in an attempt to get his conviction, which includes an additional 30 years, tossed out, according to CNN.

‘Mr. Guzmán remains focused on his appeal which is what we are working on right now,’ said his lawyer, Mariel Colón. 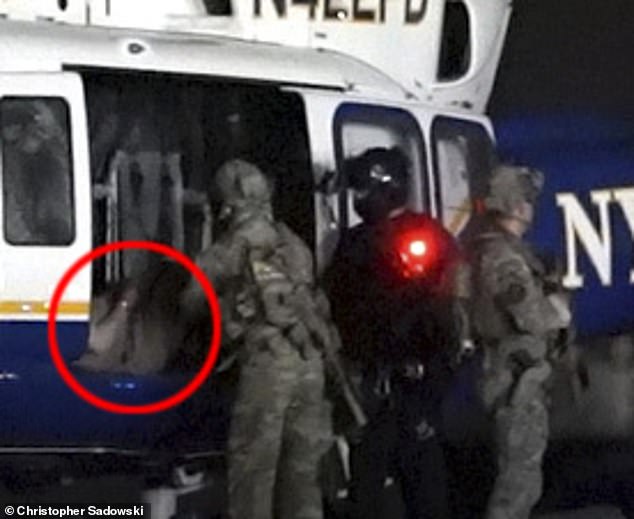 El Chapo (pictured in the red circle) was transferred from a New York City federal jail to a super maximum security prison in Colorado on July 19 last year, two days after he was sentenced to spend the rest of his life in jail 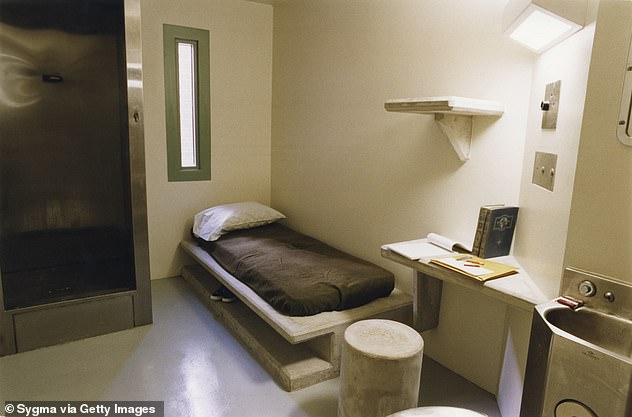 Considered the most powerful drug trafficker in the world – after Colombian Pablo Escobar – Guzmán was extradited from Mexico in January 2017 after he was recaptured in January 2016 following his second prison escape in June 2015 via a tunnel that his organization had constructed underneath the jail.

Prior to that, El Chapo had been on the lam for 13 years after he broke out of prison on a laundry cart in January 2001.

U.S. prosecutors charged the Sinaloa Cartel leader with 17 counts before the jury at a Brooklyn court convicted him on 10 charges.

El Chapo is confined to a 7ft x 12ft foot concrete cell and is only permitted to leave his cell for three hours a week.

Joaquín ‘El Chapo’ Guzman will enter an appeal and seek his release from ADX Florence, a supermax prison in Florence, Colorado, that is home to some of America’s most notorious criminals, including ‘Unabomber’ Ted Kaczynski, Boston Marathon bomber Dzhokhar Tsarnaev, 9/11 conspirator Zacarias Moussaoui and 1993 World Trade Center bomber Ramzi Yousef 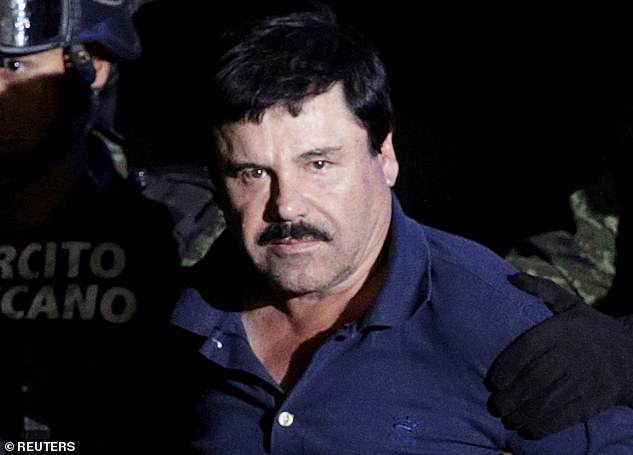 Joaquín ‘El Chapo’ Guzmán’s eyesight had worsened, according to one of his lawyers, Mariel Colón

He is housed in the same prison where the ‘Unabomber’ Ted Kaczynski, Boston Marathon bomber Dzhokhar Tsarnaev, 9/11 conspirator Zacarias Moussaoui and 1993 World Trade Center bomber Ramzi Yousef are all spending the rest of their lives. No prisoner has ever escaped from the super maximum prison.

His mother, María Consuelo Loera, met Mexico President Andrés Manuel López Obrador in March and asked him to intervene and return El Chapo to his native land where he could serve the rest of his prison term.

His lawyers in Mexico reportedly have proof that he was illegally extradited to the U.S.

El Chapo is only allowed to receive visits from his former beauty queen wife, Emma Coronel, the couple’s twin daughters and his legal team.

However, the Mexican drug kingpin’s visitation rights have been put on hold by the Federal Bureau of Prisons due to the COVID-19 pandemic over fears that jail staff and prisoners could be infected by outsiders who unknowingly carry the deadly virus. 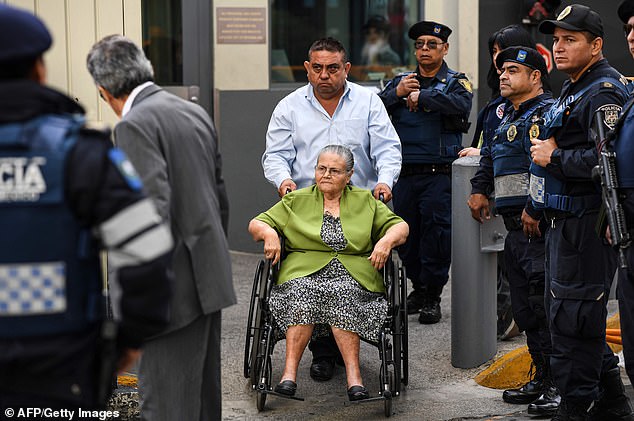 A letter made public by the Mexican government in March that was sent by María del Consuelo Loera to Mexico President Andrés Manuel López Obrador indicates that her lawyers have followed his orders in contacting his cabinet and have provided proof that shows her son, Joaquín ‘El Chapo’ Guzmán, was illegally extradited to the U.S. in January 2017

‘He’s even more alone now after Covid-19. They completely canceled all visits, legal and social,’ Colón said. ‘He was allowed three hours a week of outdoor exercise but that has also been suspended in order to limit his contact with the guards, so of course this has been hard, or harder on him and it has affected Mr. Guzmán emotionally and psychologically in my opinion.’

Following a September 2019 visit, Colón said El Chapo was having problems with his vision.

Colón then told Univisión: ‘He looks much skinnier, a little more stifled. He is not doing well there. It is the saddest I have ever seen him.’

During his trial, Guzmán complained of the solitary confinement he was subjected to throughout his stay in a high-security wing of the Manhattan Detention Center jail that has housed terrorists and mobsters.

‘I drink unsanitary water, no air or sunlight, and the air pumped in makes my ears and throat hurt,’ he said at sentencing.

‘This has been psychological, emotional and mental torture 24 hours a day.’