Why are the elderly back in triple lock limbo? It’s a matter of honour and our national values to give them a 10% state pension rise, says ROS ALTMANN

By Ros Altmann For This Is Money

Ros Altmann: This on-again, off-again approach is not worthy of a sensible Government

I can hardly believe this, but the state pension inflation increases for next year are once again up in the air.

This is just not acceptable. It is a matter of honour and integrity that all the past promises of protection must be kept.

Pensioners’ lives are not playthings and they have suffered enough uncertainty.

It should be unthinkable to betray pensioners a second year running during a cost of living crisis.

Millions of pensioners are fearful and furious that their meagre state pension may yet again fall behind inflation and this is affecting their mental health.

Of course 21st century Britain can afford inflation increases for the lowest state pension in the developed world – it is a political and moral choice and Government must not renege on its word.

Pensioners are still living on just the 3.1 per cent rise from last April.

Millions of pensioners were betrayed this year when the 2019 election manifesto pledge of state pension protection was broken.

After struggling through the pandemic, they are now battling the cost of living rises, and don’t know how they will manage if next year’s promised inflation increase is not honoured.

Pensioners are not all well-off and millions – especially women – have no private pension.

They rely almost completely on their state pensions and struggle to make ends meet – not for luxuries but for basic essentials, in the middle of a cost of living crisis.

Rishi Sunak, when Chancellor, and Boris Johnson and Liz Truss, all promised inflation increases for next year.

Pensioners have trusted Government time and again that these increases were safe. Yet apparently those assurances are in doubt once more.

This is a political choice. The UK state pension is just about the lowest in the developed world.

Pensioners have no prospect of earning more from future work, or finding money elsewhere. Short-changing them a second year running, despite solemn promises this would not happen would be morally and socially indefensible. 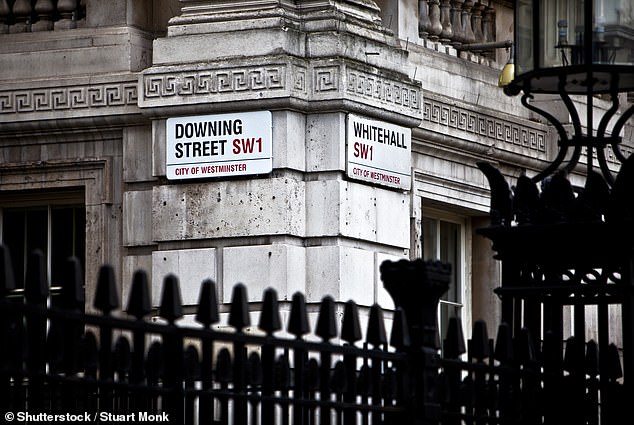 State pension: Rishi Sunak, when Chancellor, and Boris Johnson and Liz Truss, all promised inflation increases for next year

Pensioners must not be hit to please markets or balance the books next year. It is wrong to force pensioners to bear the brunt of fiscal cutbacks.

Of course there are some well-off pensioners, but they are not the majority. Indeed, many of the poorest pensioners are too proud to claim the means-tested help that is available and those just above the cut-off are also in dire straits.

Just focusing on ‘the most vulnerable’ will exclude millions from help. The promised inflation increases must be paid to every pensioner as we try to reduce poverty and misery.

The Government should make an immediate announcement of inflation increases for next year to reassure pensioners, who are once again feeling in limbo.

This on-again, off-again approach is not worthy of a sensible Government and undermines the whole basis of our welfare state social contract, where people have paid National Insurance for decades to provide a basic pension in later life.

This is a question of honour and national values. No more obfuscation or delay. Just do the right thing today.