A father-of-three claims shop assistants ‘manipulated’ his elderly mother into buying a £1,600 MacBook when all she wanted was a cheap laptop to play solitaire on.

Stella Lyttleton, 75, suffers from heart failure and visited Currys PC World in Blackpool on the hunt for a computer that would allow her to write emails, play card games and browse the internet.

But her son Greg, 46, claims she was ‘manipulated and pressured’ into buying a £1,200 Apple MacBook with added extras that brought her bill to just shy of £1,577.

The grandmother-of-six from Blackpool, Lancashire, confessed she ‘felt foolish’ as she struggled to operate the ‘alien’ equipment she was sold, turning to her son for help a week later.

When he found out, Mr Lyttleton was furious, branding the chain store’s action a ‘rip off’.

Stella Lyttleton (pictured) is 75 and suffers from heart problems. The grandmother from Blackpool went into her local Currys PC World to buy a laptop so she could play solitaire and br 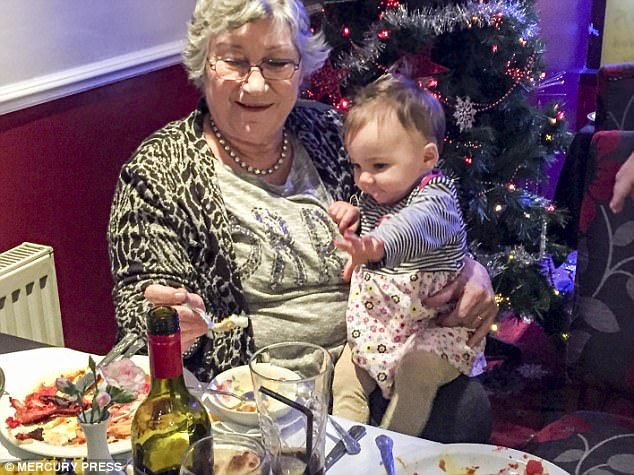 The grandmother-of-six (pictured) came away with a £1,200 Apple Mac and extras that totalled just shy of £1,600

He said: ‘They saw her lack of knowledge as a big chance to make a sale and they pounced.

‘When I found out I was furious. I was completely outraged. She got a hard sell from the store and was ripped off.

‘She was embarrassed. She didn’t really want me to do anything. She feels like she’s been manipulated.

‘My mum is mortified that they managed to put so many extras on. She couldn’t believe it.

‘They gave her a massive scare story on the antivirus software.’

He added it was ‘disgusting’ of such a large company to target his mother due to her lack of knowledge. 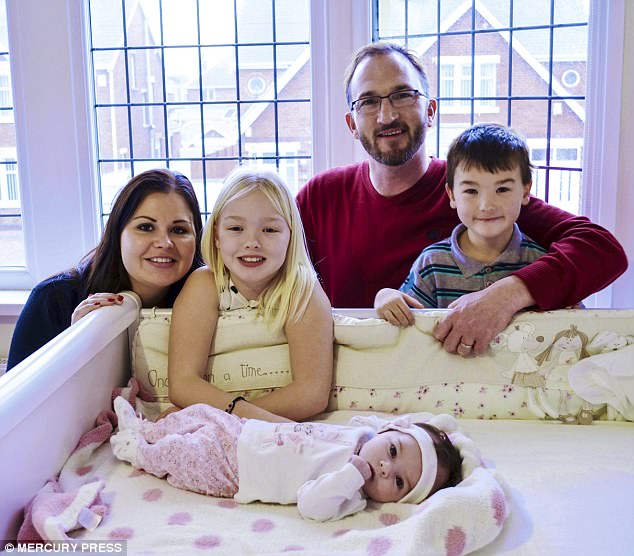 Her son Greg (pictured with wife and children), 46, was furious when he found out what happened

But Currys PC World said that all colleagues in the Blackpool branch had completed training that prepared them for ‘vulnerable’ customers and that at no point was there any reason to suggest the computer was bought under duress.

A spokesperson said that Mrs Lyttleton was the one who asked to look at the MacBooks and the extra products are ‘the supporting security and Microsoft Office software commonly bought with Apple laptop purchases’.

She ended up buying an Office 365 subscription worth £99, antivirus software at £39.98, Knowhow set up that totalled £70 and two terabytes of Knowhow storage at £60.

Her son, an operations manager, added: ‘It is surprising that a well-known company would do this. I would never go back. Apple wouldn’t do this.

‘She expressed her concerns about the product cost and extras however they pressured her.

‘She is not well and suffering from congestive heart failure and would have been visibly frail and distraught throughout this sale.

‘It is disgusting that a big company would treat someone like this. I’m guessing they get a bonus.

‘My mother is in her seventies and she isn’t well. She’s not tech savvy.

‘They saw a good commission coming so they talked her into buying an expensive one. 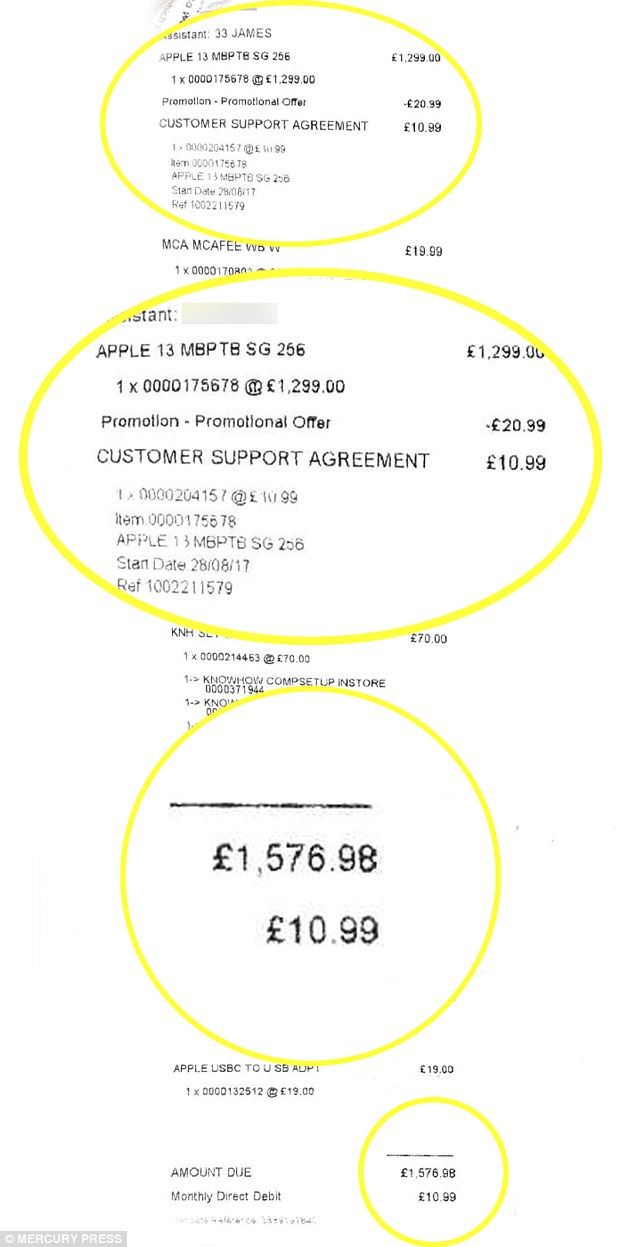 Mrs Lyttleton was sold the laptop for £1,200 and antivirus, storage and other features that brought her bill to £1,576.98

‘They just took advantage of her. She has never used a MacBook before.

‘She went home feeling ripped off and found she could not use the MacBook as it was totally alien to her, as the salesman should and would have known.

‘After a week of feeling foolish she asked for my help.

She’s very poorly and it’s a lot of money.

‘They weren’t aware she isn’t well but they were aware she hadn’t used a MacBook before. An elderly person who hasn’t used one before wouldn’t stand a chance.’

After going in to complain, Mr Lyttleton was eventually offered a refund under the condition he bought a more suitable laptop for his mother.

As a replacement he purchased a Lenovo worth £700 so that she would not have to go back to update it.

He continued: ‘This was no fun with managers giving me dirty looks and comments like ‘you opened it’ and ‘you used it’.

‘They tried to use a scare tactic by saying that if I don’t pay for set up on this laptop that in the event the hard drive fails I would lose the operating system forever rendering the kit useless. 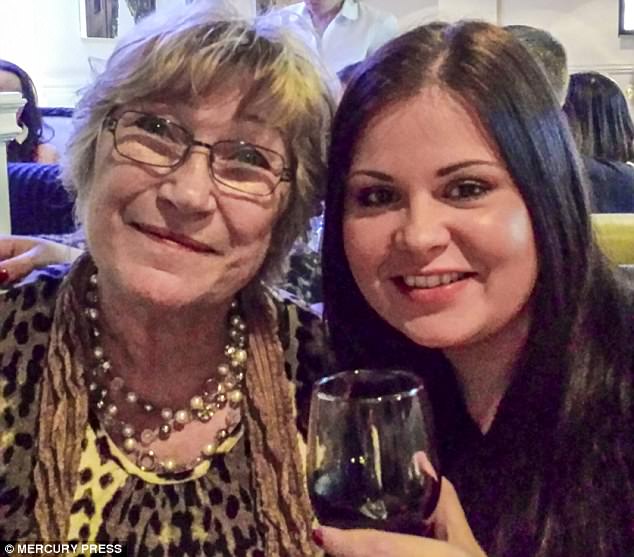 After complaining Mrs Lyttleton’s son was offered a refund on the condition he bought a replacement machine. He ended up buying his mother (pictured left) a £700 Lenovo

‘I am disgusted that such a reputable store appears to have an approach that sees customers as prey to be upsold and ripped off.

‘Even worse that this policy extends to the elderly.

‘Anyone who is a victim to a hard sell for an expensive purchase suffers extreme stress during the sale and stress and embarrassment after.

‘For elderly people, this is dangerous and so a policy of hard selling to the elderly is directly detrimental to their health and totally disgusting that the store takes this approach.’

A spokesperson for Currys PC World said: ‘Mrs Lyttleton visited Currys Blackpool on 28th August and asked to be shown an Apple MacBook.

‘She subsequently purchased a model and the supporting security and Microsoft Office software commonly bought with Apple laptop purchases.

‘Following discussions with her son, the MacBook was returned to the store on the 8th September by her son who was concerned that the laptop was of a higher spec than his mother actually needed.

‘It was exchanged for a similar spec non-Apple laptop and the difference refunded.’