A devoted husband has captured the hearts of thousands after learning how to style his wife’s hair because she can no longer do it herself.

Andrew’s wife of 45 years, Theresa, suffered a stroke 18 years ago, which left her with limited mobility. When Theresa fell in love with a hairstyle she was unable to replicate on her own, he was determined to do it for her.

The Foundry Salon in New Braunfels, Texas, took to Facebook to share a video of hairstylist Andrea Gomez teaching Andrew how to style Theresa’s hair — and the heartwarming footage has been viewed more than 9.2 million times.

Heartwarming: A devoted husband named Andrew learned how to style his wife Theresa’s hair at The Foundry Salon in New Braunfels, Texas, because she was unable to do it herself

It all started when the couple’s three children surprised Theresa with a gift certificate to the salon for Mother’s Day.

The mom fell in love with her new hairstyle, but she was disappointed that she was unable to replicate it after she took a shower the following morning.

Knowing how happy the hairstyle made his wife, Andrew decided to go back to the salon to try and get tips on how to do it himself.

When Andrea realized what he was trying to do, she offered to give him a step by step lesson on how to do his wife’s hair. 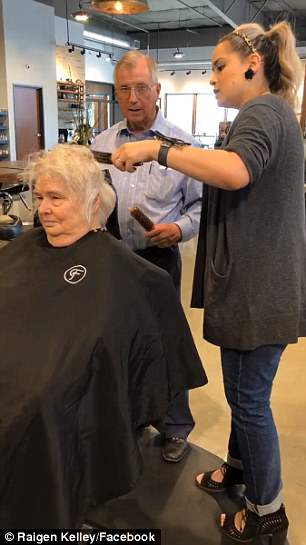 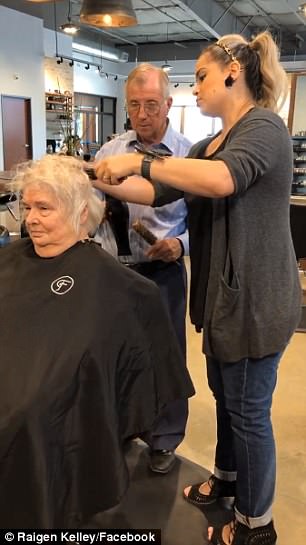 Devoted: Andrew and Theresa have been married for 45 years, and he has been taking care of her since she suffered a stroke 18 years ago 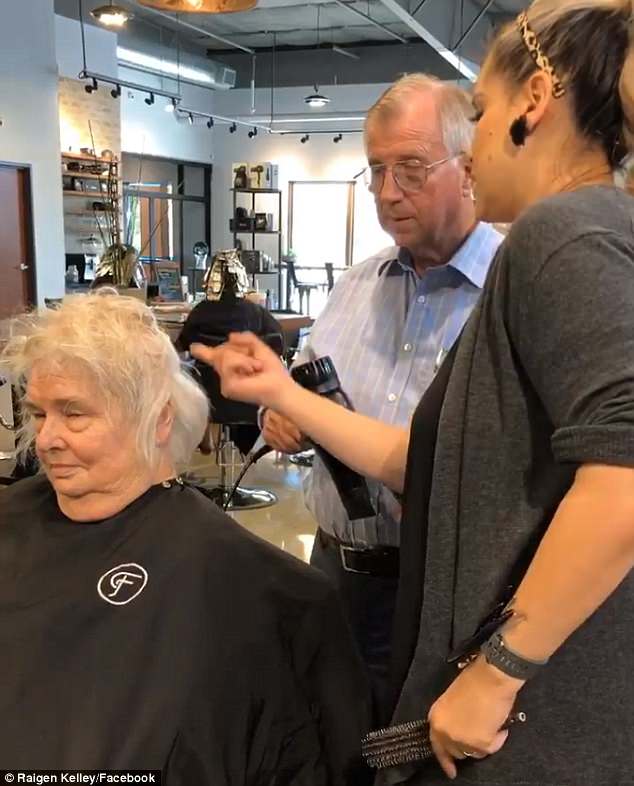 Kind: Theresa recently had her hair done at the salon, but she was unable to replicate the style on her own. When Andrew came in looking for tips, hairstylist Andrea Gomez offered to help 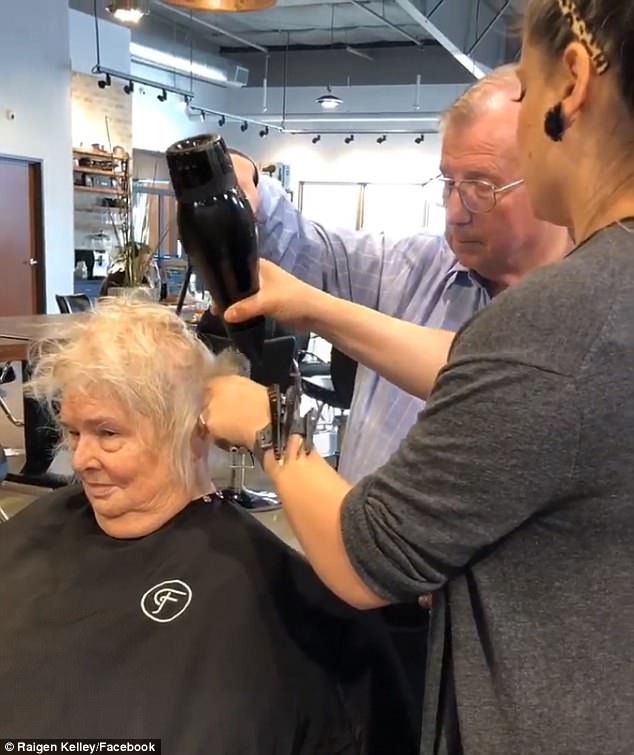 Tips: Footage from their lesson shows Andrea showing Andrew how to use a hairdryer and round brush to curl his wife’s hair under

They returned to the salon the next day, and while Andrea showed him how to style Theresa’s hair, Raigen Kelley, another stylist at the salon, captured the moment on video.

In the clip, Andrew can be seen holding a hairdryer while Andrea demonstrates how to use a round brush to curl Theresa’s hair under.

‘I just thought she was going to show me a few things with the hair blower, how to use it, with the brush and stuff too keep it with nice volume. And all of a sudden it ends up being a 45-minute lesson,’ Andrew told KENS 5.

When Raigen shared the video on her Facebook page, she explained it is ‘proof that true love really exists.’

‘[It was] truly one of the best things I have been able to witness in my life,’ she wrote. ‘[It] brought tears to my eyes..what an amazing man and what a lucky woman.’ 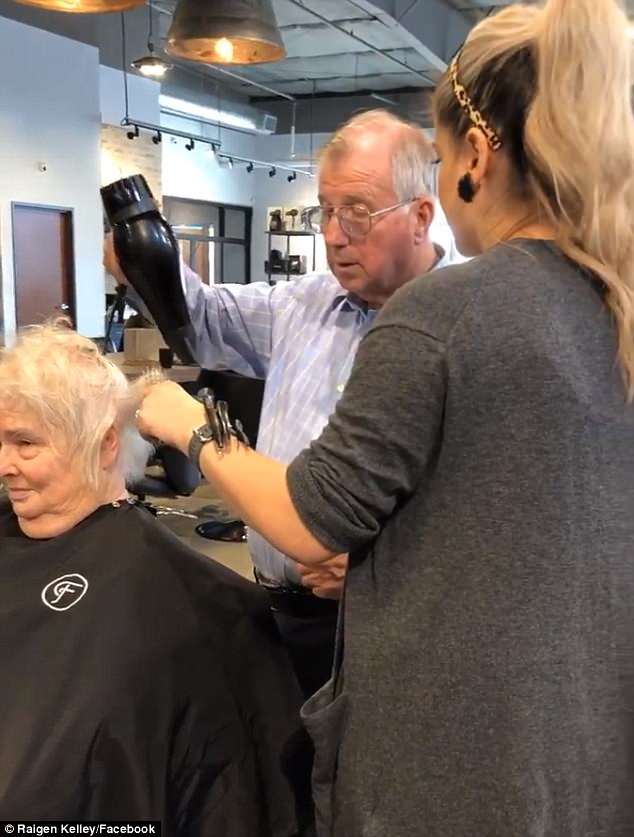 The heartwarming video has been viewed more than 9.2 million times since it was posted to Facebook last week 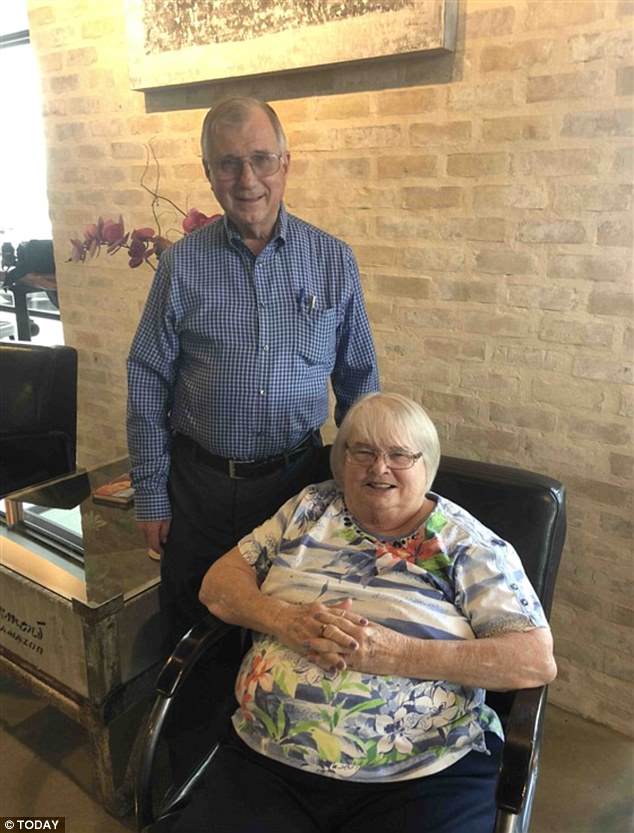 Sweethearts: The couple was surprised by the overwhelming response to the video 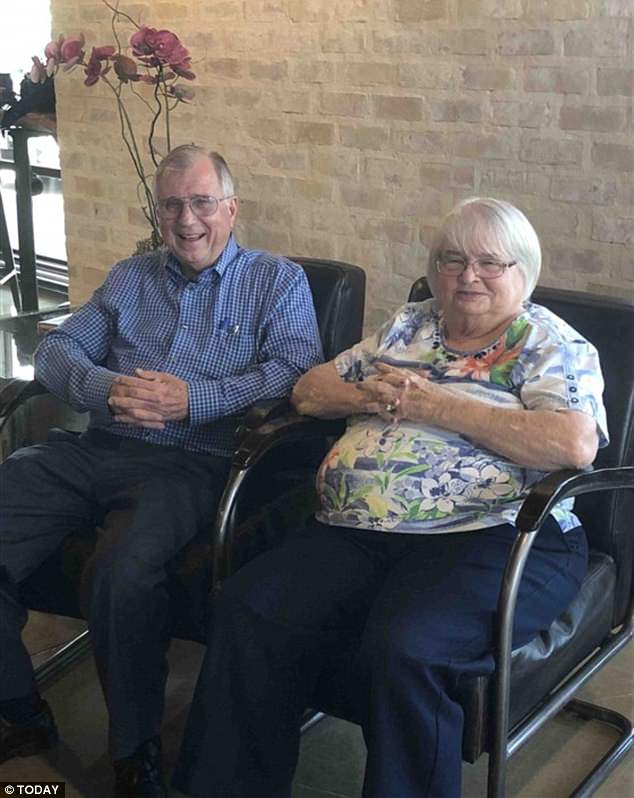 Best husband ever? ‘This type of story may help some people, may get to them and touch them in a way that they just need to work a little harder with their relationships,’ Andrew said

The couple’s son Steve told Today his father has never once complained about being Theresa’s caretaker since her stroke. He even found a job as a bus driver three years ago that allows him to take of his wife during the day.

‘He goes to work at six and gets off at 8:30, gets home and gets her breakfast, fed and bathed,’ Steve said. ‘They do lunch, and then he goes back to work from two to five, then he comes home for dinner … and takes care of her and gets her ready for bed.’

Andrew told KENS 5 that Theresa took care of their children when he was traveling for work, and this was just another example of their give and take relationship.

The couple didn’t even know what Facebook was until their son explained it to them, so they were understandably surprised and overwhelmed by the response to their story. However, they are happy to see that it is having a positive impact on people.

‘This type of story may help some people, may get to them and touch them in a way that they just need to work a little harder with their relationships,’ he said. ‘You gotta just make things happen, instead of just giving up.’