Scott Morrison’s new attack ad has been ruthlessly mocked by voters as being so annoying it’s driving them to vote for the other side.

The Liberal Party’s latest commercial ‘Dear Labor’ – aired widely on TV –  revises lyrics from the nursery rhyme ‘There’s a Hole in the Bucket’ to rip into Anthony Albanese’s ALP.

A voiceover then claims the Opposition ‘hasn’t balanced a budget in over 30 years’ while coins are seen spilling from a hole in the bottom of a rusty ‘Labor’ bucket.

The ad has been slammed on social media with one commentator describing it as the ‘worst political advertisement so far’ this election campaign.

Others claimed it is even more annoying than the ads Clive Palmer has blanketed the country with all year.

‘I’d like a Royal Commission into that ‘hole in your budget’ song ad. I don’t care who made it, I’m voting for whoever didn’t make it,’ one wrote.

‘Will the ‘hole in your budget’ ad from the LNP make even more people decide they need to be voted out?’ another asked.

‘The anger whenever that ad comes on will be directed straight at the idiots responsible for it,’ another said.

‘I think the Liberal party needs to ask for a refund from whoever came up with that absurd ad of hole in your bucket,’ another Aussie tweeted.

Daily Mail Australia has approached the Liberal Party for comment over the criticism.

New polling has forecast that Labor would win the election in its own right and secure a majority of 80 seats if voters were sent to the polls this week.

According to a comprehensive YouGov MRP poll commissioned by The Australian, the Coalition would be diminished to just 63 seats in the House of Representatives.

The poll predicted Labor would win 12 seats giving the party a majority of five seats in Parliament. 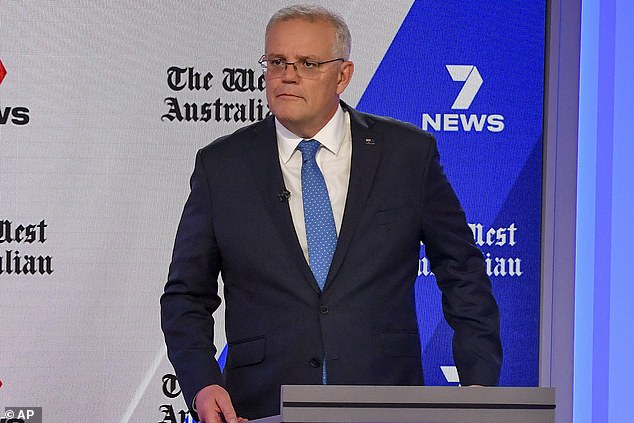 The criticism of the Coalition’s new ad comes just days after the Liberal Party was forced to release a counter-advert blasting a Labor TV and radio commercial – ‘that’s not my job’ – which many consider the most effective of the campaign so far.

The Coalition says the clips used were taken out of context and mashed together for dramatic effect, releasing a counter-ad calling the ad a ‘lie’.

The first clip featuring Mr Morrisons’ line ‘that’s not my job’ is from a Today show interview with Karl Stefanovic and Allison Langdon on August 19, 2020.

Stefanovic asked: ‘Why haven’t you personally lost patience with Dan Andrews’ and the PM replied: ‘Because that’s not my job.’

Mr Morrison says the response was not an excuse but an explanation of why he was not criticising the Victoria premier over the state’s huge Covid outbreak.

The second clip is from a press conference in Queensland on October 11, 2020.

The Prime Minister was defending his policy allowing Aussies to access their superannuation early when he said: ‘I’m not going to go around telling Australians how to spend their own money, that’s not my job.’

In the third clip, the Prime Minister was being interviewed by Tara Brown on 60 Minutes on March 22, 2020.

Asked if he was frightened by the pandemic, he replied: ‘It’s not my job to do that’.

Coalition campaign spokesman Simon Birmingham claimed Labor has been ‘caught out lying to the Australian public’ by falsely implying the PM was making excuses. 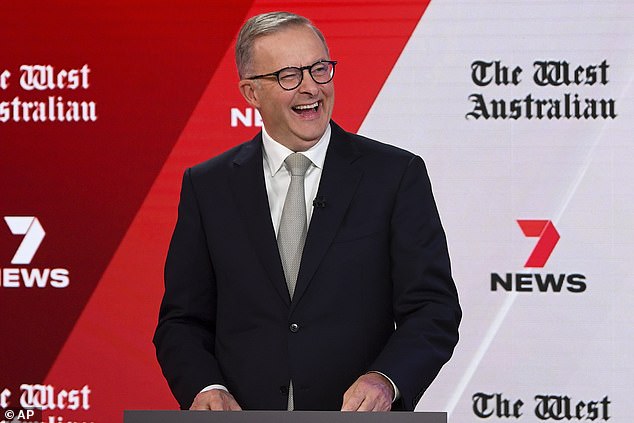 ‘Is it, is it my job to shout down the phone at a state premier while you’re trying to manage a pandemic?

‘No, I don’t think that’s a smart idea when we’re all trying to work together and get through the pandemic.’

Mr Albanese stormed to victory in the third leaders’ election debate on Wednesday night as undecided Aussies voted from pubs in key electorates.

Labor earned 50 per cent of the vote in contrast to Mr Morrison’s 34 per cent, while 16 per cent of voters remaining undecided.