Tony Abbott could be swept out of his Sydney seat of Warringah – amid reports of ‘diabolically bad’ polling, as the former prime minister faces a swing of 12 percent.

With the election looming, the former prime minister’s campaign team is pulling out all the stops to secure the seat he’s held for 25 years – even investing $1million.

Despite the damning figures, the Liberal Party is confident of regaining Malcolm Turnbull’s former seat of Wentworth.

Tony Abbott (left) is competing for the seat of Warringah against Independent Zali Steggall (right), amid claims Abbott’s polling has been ‘diabolically bad’

But, the same source also confirmed Abbott’s polling was ‘diabolically bad’ in his Warringah seat – as he faces a 12 per cent swing.

Abbott is up against Independent Zali Steggall for the blue ribbon seat.

Both Abbott and Steggall used Saturday’s NRL game between Manly and South Sydney to campaign – however Steggall’s supporters claim they were asked to leave.

In a video posted to Reddit, a security guard is seen asking Steggall’s campaigners to move on from the Brookvale oval, which sits in the heart of the contested seat of Warringah.

The Independent’s supporters, donning Zali Steggall t shirts, can be heard asking why they were told to leave, but Abbott’s supporters weren’t.

‘Tony Abbott supporters are allowed to be here, but other supporters can’t?’ one man asks.

‘I’ve been asked to ask these people [referring to Zali supporters] on the precinct to move over there,’ the bouncer tells the small group.

The man then says ‘have you been asked to move non-Tony supporters?’ – to which the security guards doesn’t respond.

The Liberals are hoping to win over most of their Wentworth voters who supported  Kerryn Phelps in last year’s by-election.

Prime Minister Scott Morrison is going into this election worse for wear – holding only 74 sears in what will be a 151-seat parliament, meaning he’ll have to win seats to form a majority government.

Liberals believe they’re ahead in the Penrith seat of Lindsay – which is held by Labor’s Emma Husar on a 1.1 per cent margin. 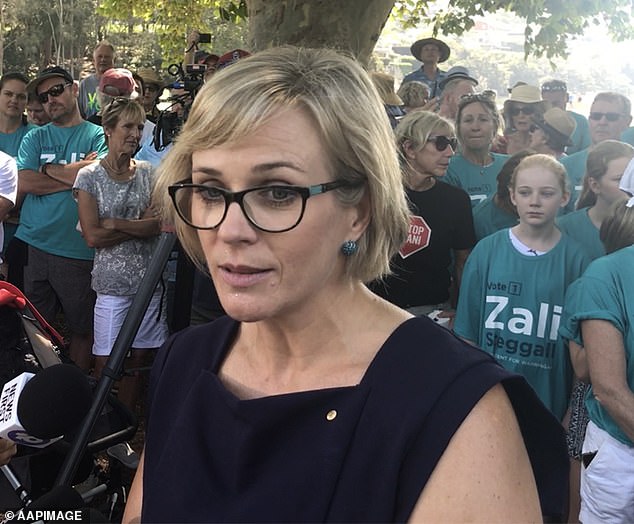 Independant Zali Steggall is campaigning for Abbott’s Warringah seat, and is being backed by activist group GetUp

The government has also set its sights on Macarthur in south-west Sydney, and the seat of Dobell on the Central Coast – despite Labor’s current margin.

The government doesn’t have much of a stronghold on Victoria – with Labor banking on several Melbourne seats of Corangamite, Dunckley, Chisholm, La Trobe and Casey.

Liberals are vying for the Victorian regional seat of Indi from retiring independent MP Cathy McGowan.

Australians won’t be learning the date of the next federal election on Sunday as expected – as the Morrison government buys itself more time on the campaign trail to spruik their budget.

The Opposition believes the election has been pushed back so the government can exploit taxpayer-funded advertising – which Labor claims to be more than $600,000 a day.

Australians are now expected to go to the polls on May 18. 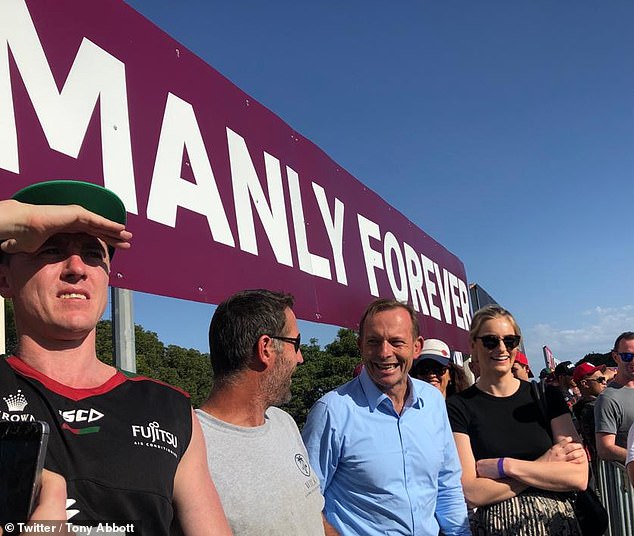