The election watchdog misled the High Court in a row over the legality of a donation made by pro Brexit campaigners during the referendum, judges have ruled.

The Vote Leave campaign has been plunged into controversy after it emerged it gave £625,000 to the BeLeave pro Brexit group days before the vote in June 2016.

The money went directly to the Canadian data firm Aggregate IQ (AIQ) to pay for online ads in the final push of the campaign.

Staff at the official Brexit group – which was fronted by Boris Johnson and Michael Gove – have insisted the Electoral Commission gave them the green light to make the donation.

But lawyers acting for the Commission denied the claim in legal papers submitted to the High Court.

However, in a ruling handed down on Friday, Lord Justice Leggatt and Mr Justice Holgate, said the claim made by the watchdog was ‘misleading’.

The Vote Leave campaign – headed by Boris Johnson and Michael Gove –  has been plunged into controversy after it emerged it gave £625,000 to the BeLeave pro Brexit group days before the vote in June 2016

They said: ‘In asserting that it had never given advice that Vote Leave could lawfully make the donation it did, the Commission was making a statement which, though literally true, was misleading.’

The judges uncovered an email sent by the watchdog’s guidance adviser Kevin Molloy which effectively gave the  go ahead for the donation.

In the email to Vote Leave he said: ‘If you are supplying material to other campaigners without having a co-ordinated plan or agreement then the material is likely to be a donation from you to the other campaigner.

‘If the donation is over £500 it will be reportable by the other campaigner.

The ruling comes as the Vote Leave referendum campaign has been plunged into controversy amid claims it flouted election rules to overspend. 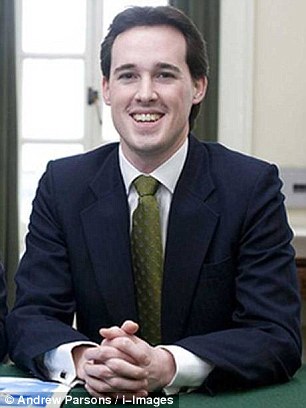 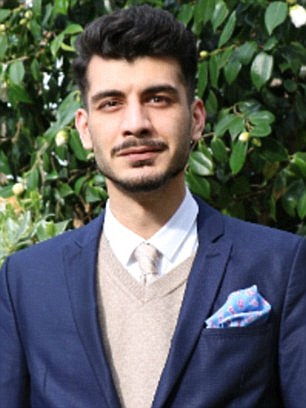 Mr Sanni, right, who was in a relationship with Mr Parkinson, left, for 18 months accused his ex-boyfriend of putting his Pakistani family in danger by ‘outing’ him

The campaign group was allowed to give cash to other campaigns – but only if it did not direct how it was spent as this would be a breach of the law.

But Shahmir Sanni, 24, a Vote Leave volunteer turned whistleblower, said Vote Leave bosses directed how the £625,000 cash given to BeLeave was spent.

He said the BeLeave group – led by fashion student Darren Grimes – was given no choice in how it was spent and told the money must go to AIQ.

Mr Sanni was in a relationship with Stephen Parkinson –  the Vote Leave staffer who now works as political secretary  to Theresa May.

He claims that while at BeLeave he ran all of his speeches and decisions past Mr Parkinson  – and that effectively Vote Leave pulled the strings of the smaller group to get around spending limits.

The claims have been strongly denied by Mr Parkinson, who in his denial  revealed he was in a relationship with Mr Sanni – effectively outing him as gay.