His photography will leave you thunderstruck.

Will Eades, from the east coast of Australia, picked up a DSLR camera 14 years ago and started out taking pictures of birds on his back fence. But the 34-year-old has made a name for himself in the world of photography with shots of slightly more dramatic subjects – giant lightning storms.

The amateur snapper, whose Instagram followers number 31,800, now has several photography competition gongs – he’s a Bureau of Meteorology winner 2020, World Meteorological Organisation winner 2020 and 2021 and a category winner in the Frank Hurley Awards 2020.

He told MailOnline Travel: ‘I’ve always been a fan of nature, and after witnessing some amazing moments in my youth, I knew I wanted to capture these moments with a camera.’

Many of Will’s most startling storm images have been taken off the coast of Port Macquarie in New South Wales, but not because it’s necessarily a storm hotspot. He explained: ‘It’s more a case of me pursuing every blip on the radar and not allowing even the most distant thunderstorm pass me by. Port Macquarie might seem like a hot spot, but there is potential for similar conditions up and down the east coast of Australia and in many other locations around the country. Most of my shots were achieved through a mix of checking weather forecasts and watching radar. This is very easy today with smartphones and weather apps.’

His advice for budding storm photographers? He said: ‘Arrive early and shoot the storm on approach, and don’t shoot when the storm is nearly overhead – it’s far too dangerous. I aim to frame the scene to highlight the subject – if it’s lightning, ill try to get in as close as I can with a longer focal length. If it’s a huge storm front, I’ll go much wider with my lens selection to fit it all in. ‘ Scroll down for a peek at some of the dazzling shots in Will’s portfolio, snapped in Australia and America.

Will says on Instagram that the night in Port Macquarie, New South Wales, that he took this picture ‘was the best display of lightning I’ve shot in a long time’. He adds: ‘Just amazing clarity and proximity to our position’ 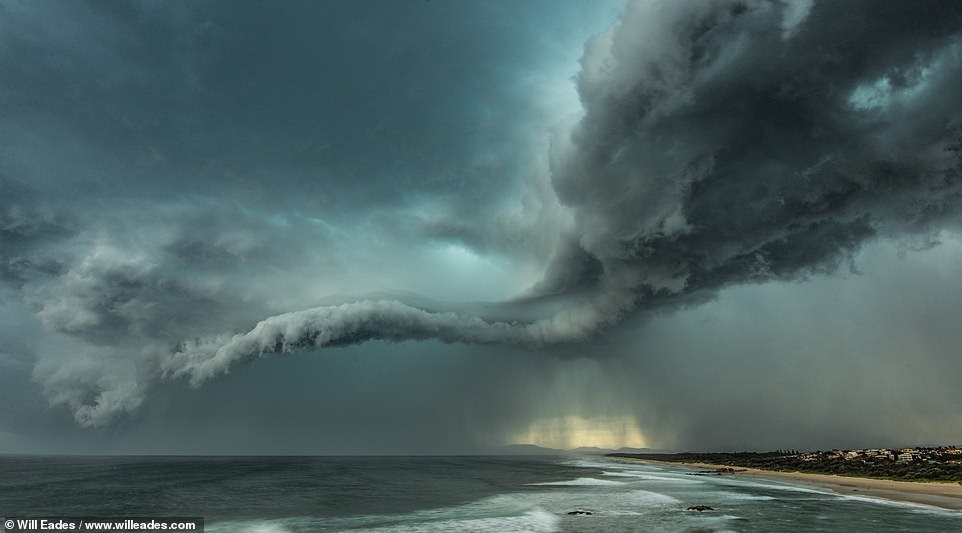 This picture was taken in March 2014 in Port Macquarie and Will credits the storm it shows with helping to cement his passion for storm photography. He says on the Instagram caption: ‘This storm rolled through and was like nothing I’d ever seen and it’s still one of my favourites’ 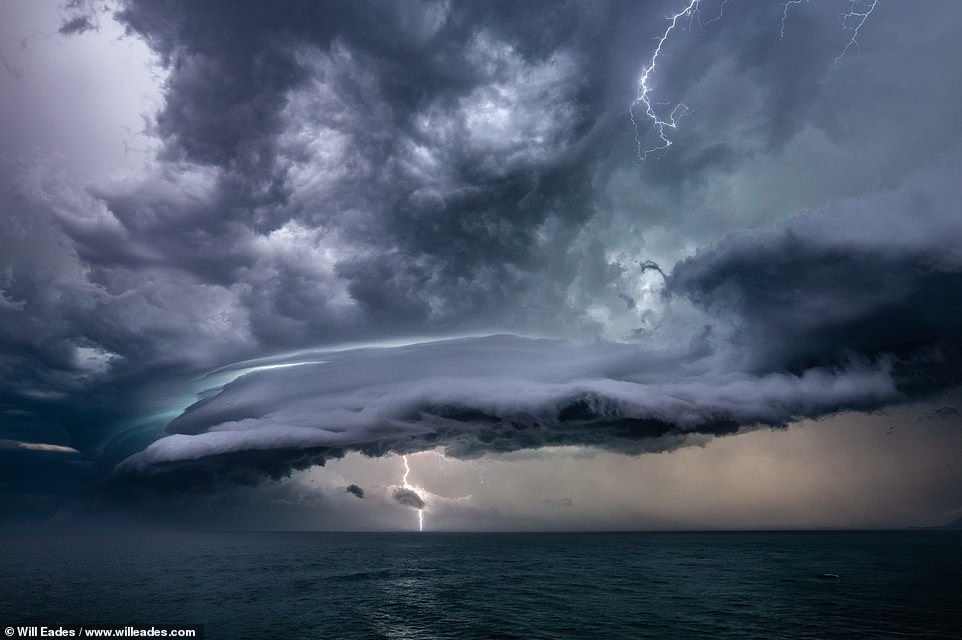 ‘Here’s an absolute belter from 2018!’ says Will of this image, snapped off the coast of Port Macquarie 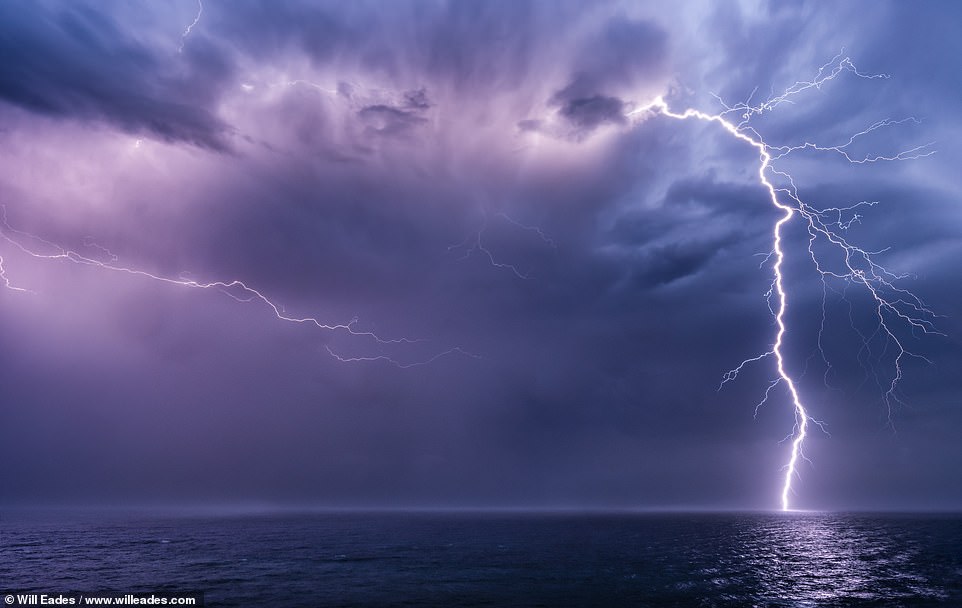 An ‘epic clear air bolt touching down in the Pacific’, is Will’s description of this stunning image, taken just after sunset off the coast of Port Macquarie. He adds: ‘When this massive one dropped it scared the hell out of my mate, which makes me like it even more’ 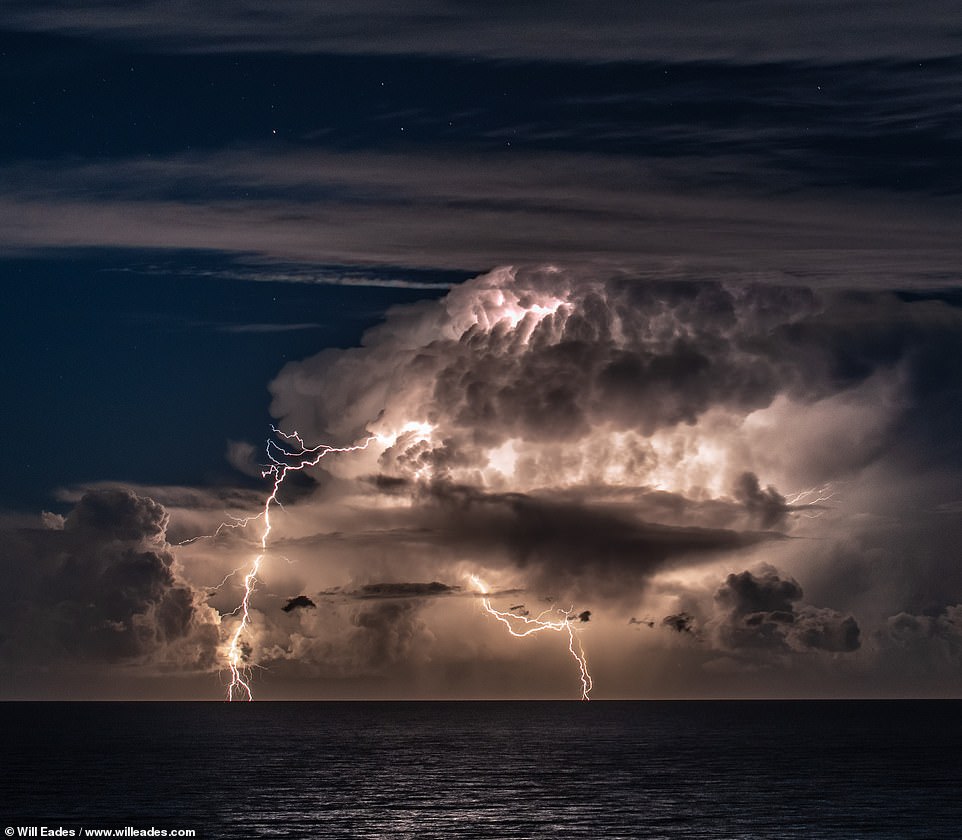 An ‘amazing light show’ off the coast of Port Macquarie. One commenter wrote: ‘I’m speechless’ 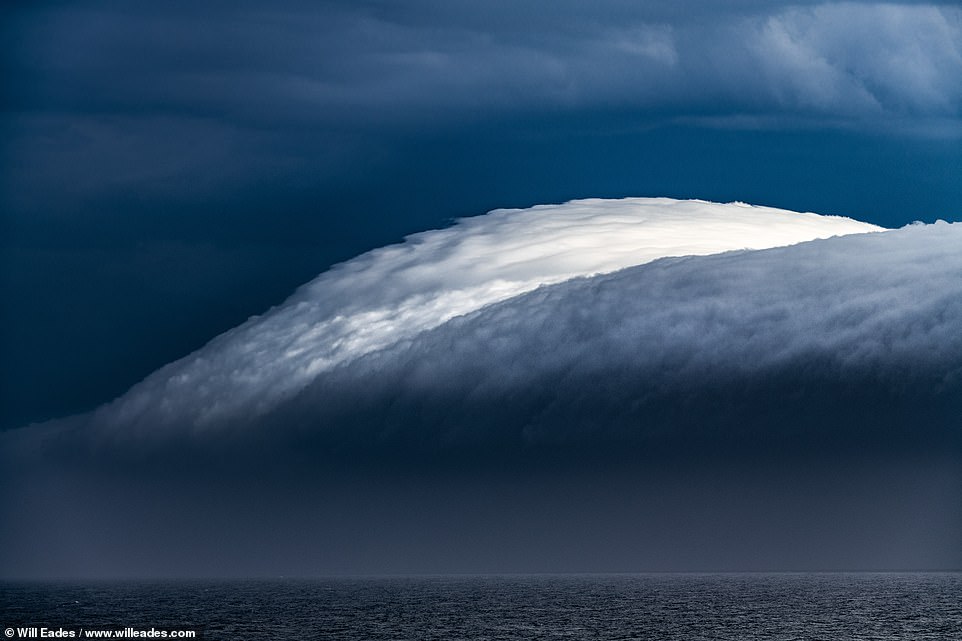 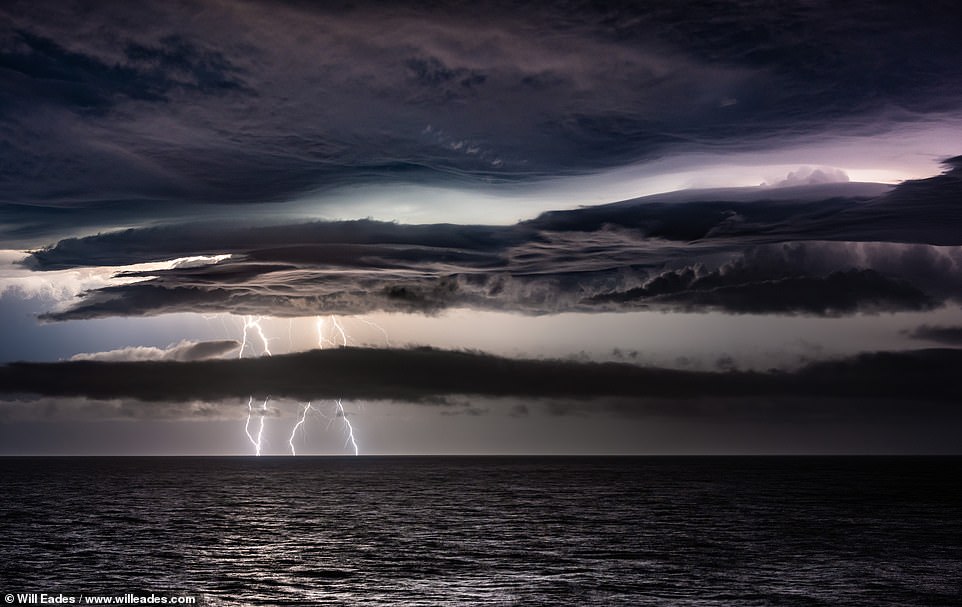 ‘Some groovy structure and cloud motion on this night,’ said Will of this mesmerising Port Macquarie shot 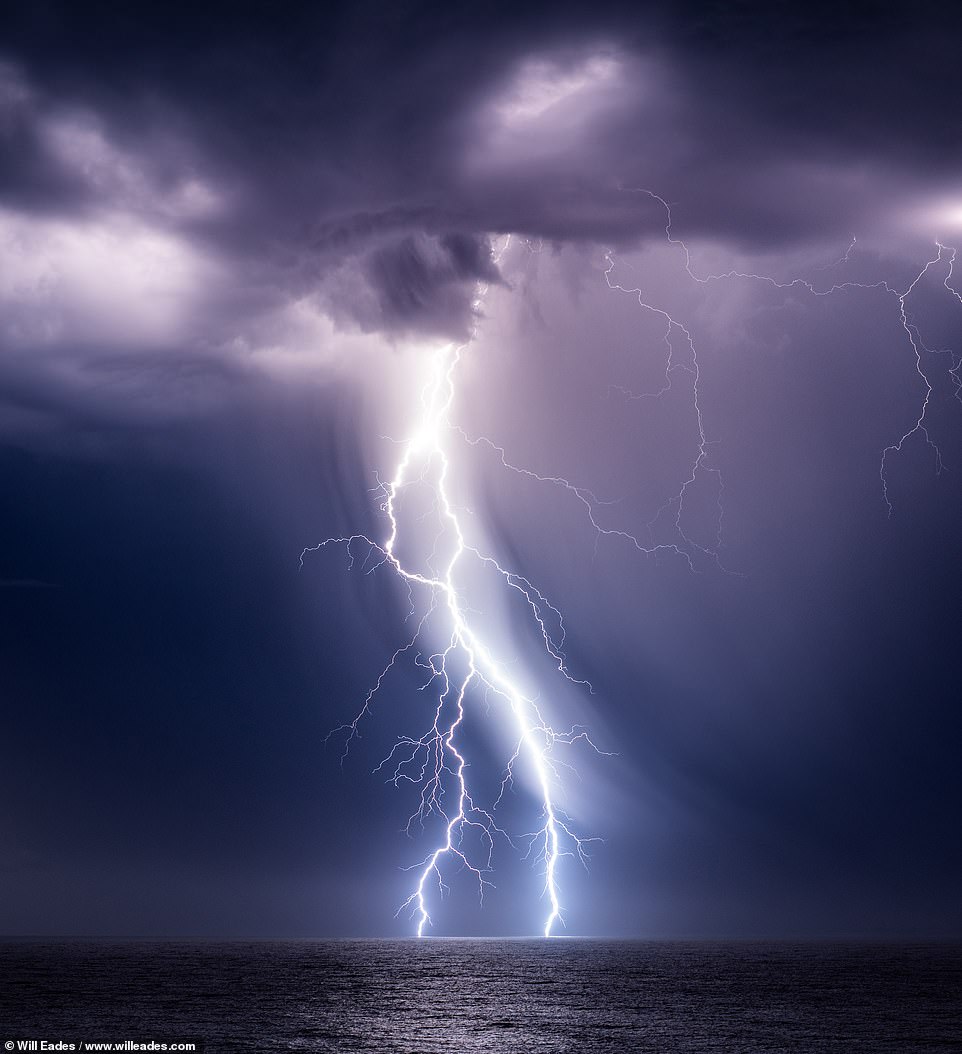 Will says that this is one of his ‘favourite bolts’. He told MailOnline Travel: ‘To me it is just a perfect bolt with the way it traverses down the rain shaft, lighting it up. It was quite rare to have one this brilliant and close in my experience.’ Location – Port Macquarie 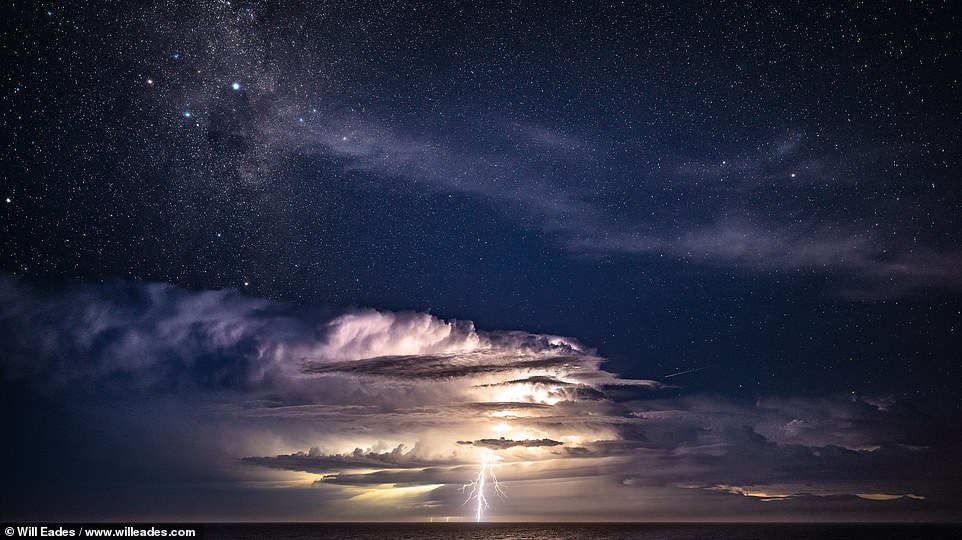 The Southern Cross constellation above – and an epic storm below. Plus, as a bonus, a shooting star. Will’s verdict of this Port Macquarie snap – ‘amazing’ 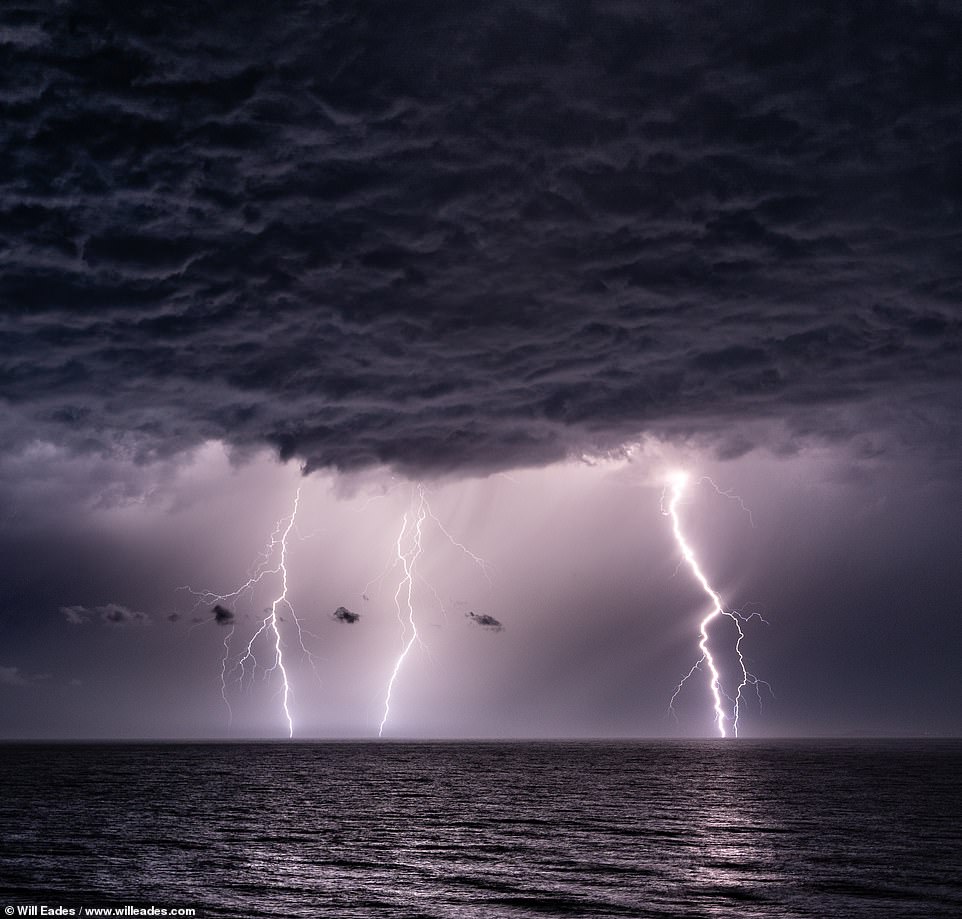 ‘This storm came in fast, dropping bolt after bolt,’ Will reveals on the Instagram caption for this Port Macquarie image. ‘Over 60 people had turned out to watch the show, and it definitely didn’t disappoint’ 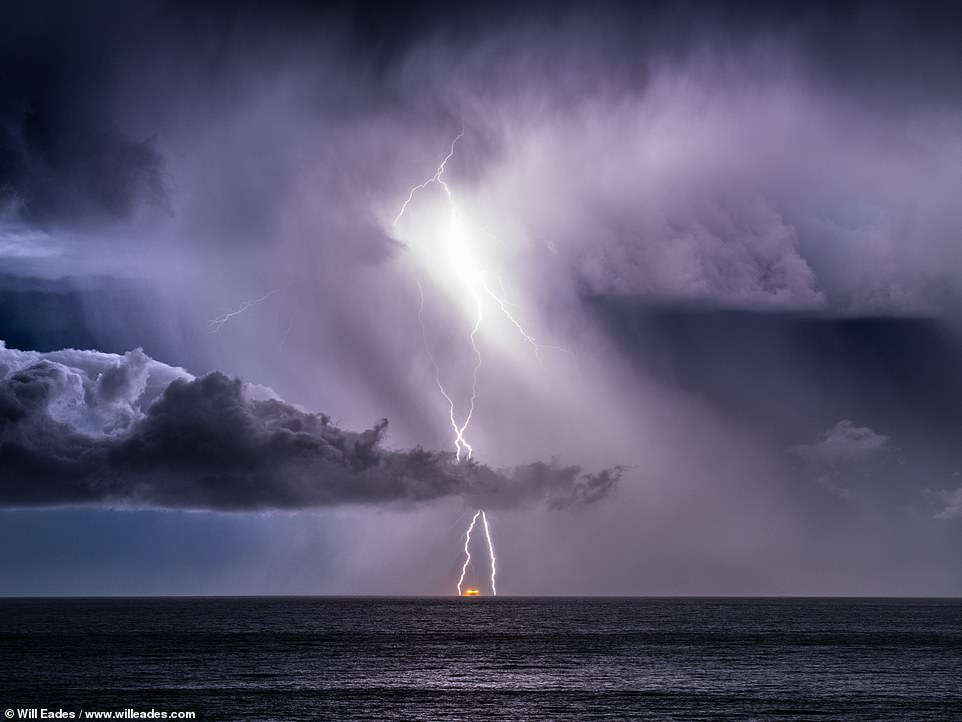 ‘Oh my goodness, how absolutely captivating,’ Will’s Instagram fan ‘gardengirl777’ said of this image, which shows a fork of lightning striking either side of a ship off the coast of Port Macquarie. Our thoughts exactly 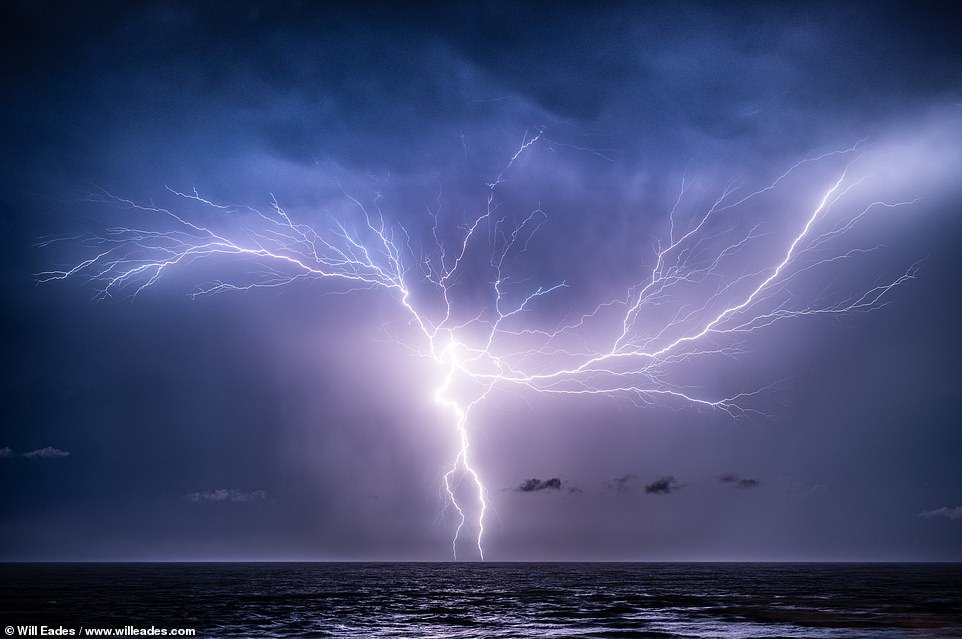 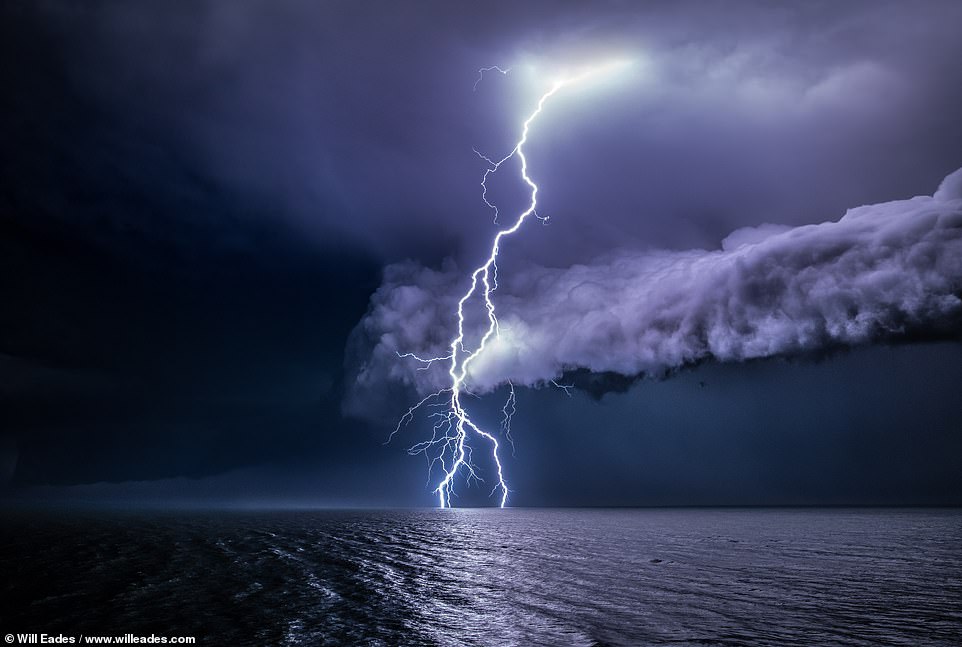 This storm off the Port Macquarie coast tested Will’s nerve. His Instagram caption for this amazing picture of it reads: ‘On this night we watched a very lightning active squall line approach our position on the coast. Bolt after bolt we held our ground as some strikes landed dangerously close. As always, we hoped for a spectacular bolt – and then it dropped!’ 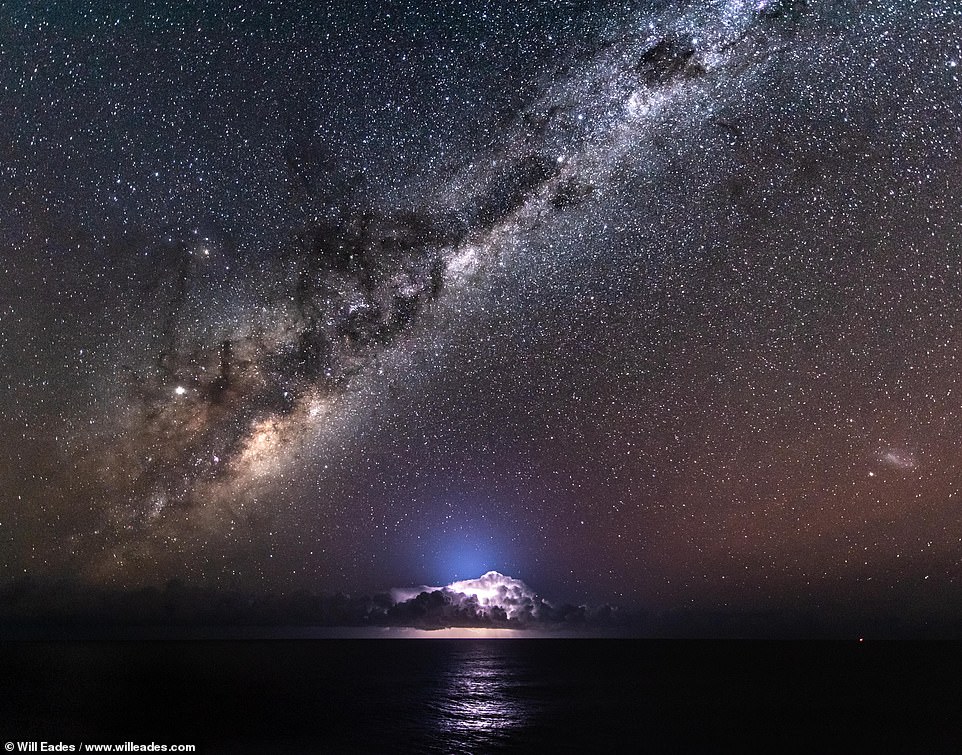 Behold one of Will’s favourite frames of 2019. He says of the Port Macquarie shot, a 20-second exposure: ‘Forty minutes taking shots of this scene and then everything aligned for a fraction of a second’ 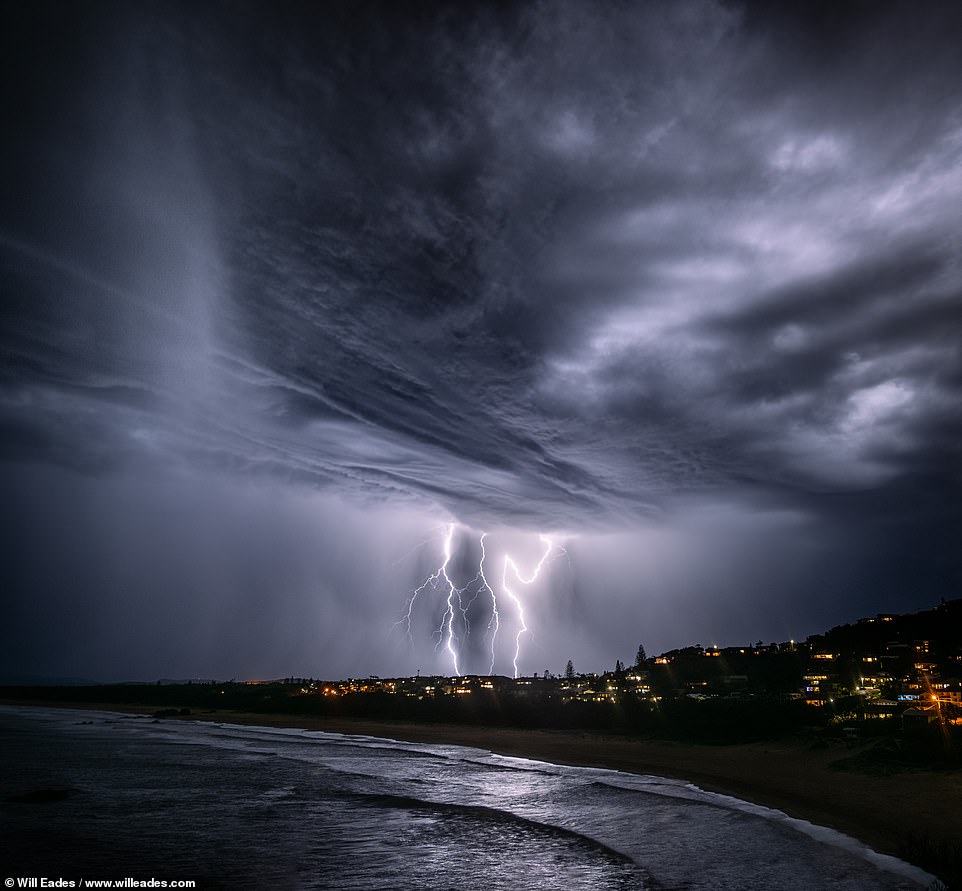 ‘Amazing structure and light as this active cell approached our position,’ says Will on Instagram in a caption for this bewitching Port Macquarie capture 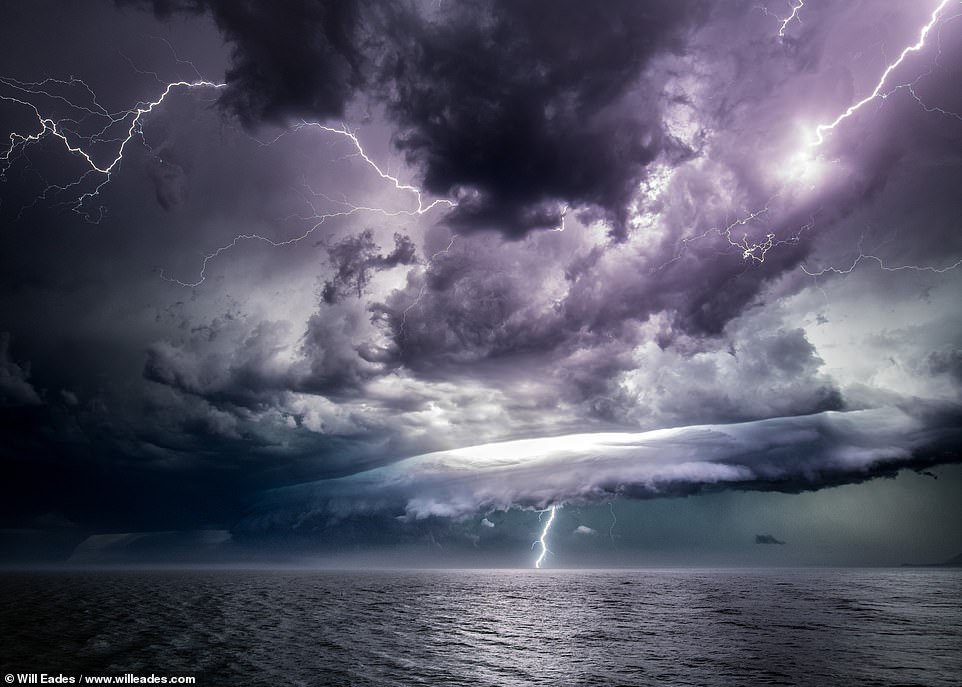 ‘Savagery moving up the east coast of Australia,’ writes Will of this Port Macquarie shot, which shows a storm of such wild intensity that it almost looks CGI-generated 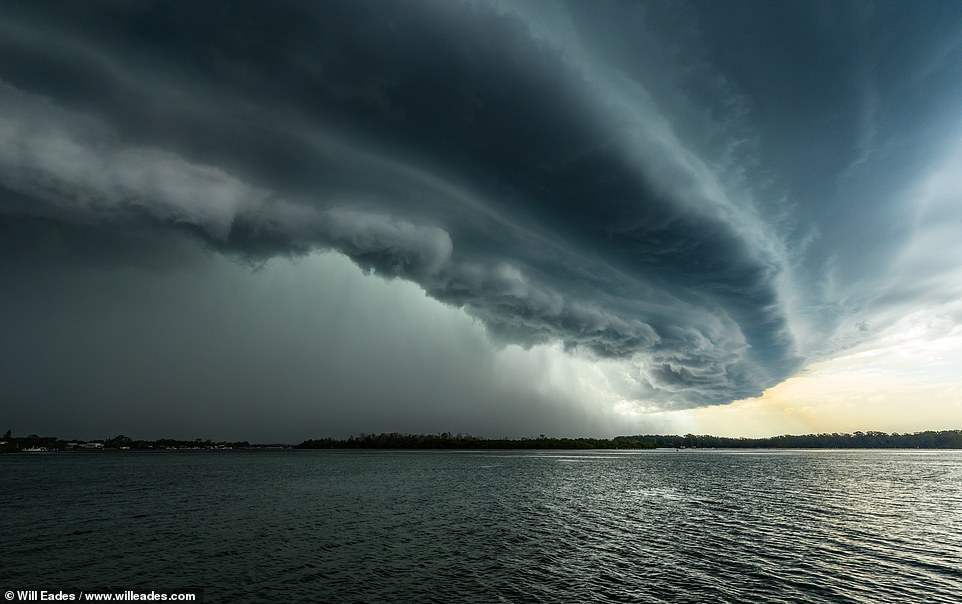 This image shows a storm off Port Macquarie in February 2020 just before it unleashed hell. Will writes: ‘This storm produced severe straight-line winds that ripped roofs off homes, and brought down large trees. I left just before a tree came down next to my position, and a short time later, about 200 metres behind me, a house lost its second storey. Definitely the most intense storm I’ve been in here in Australia’ 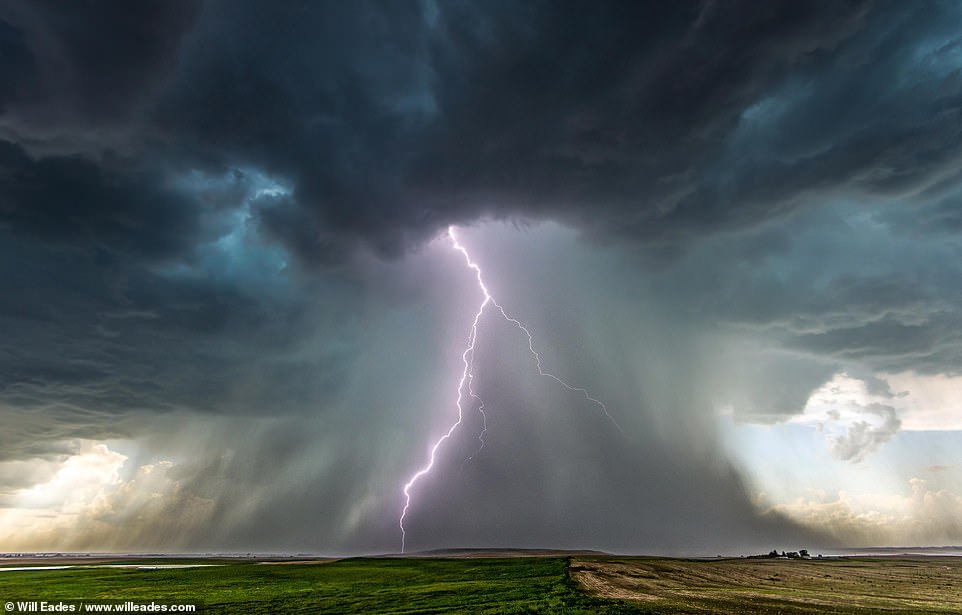 A ‘crazy storm’ that Will photographed in June 2017 in North Dakota. The next bolt struck ‘dangerously close’ to where he was standing – so he made a hasty exit from the area 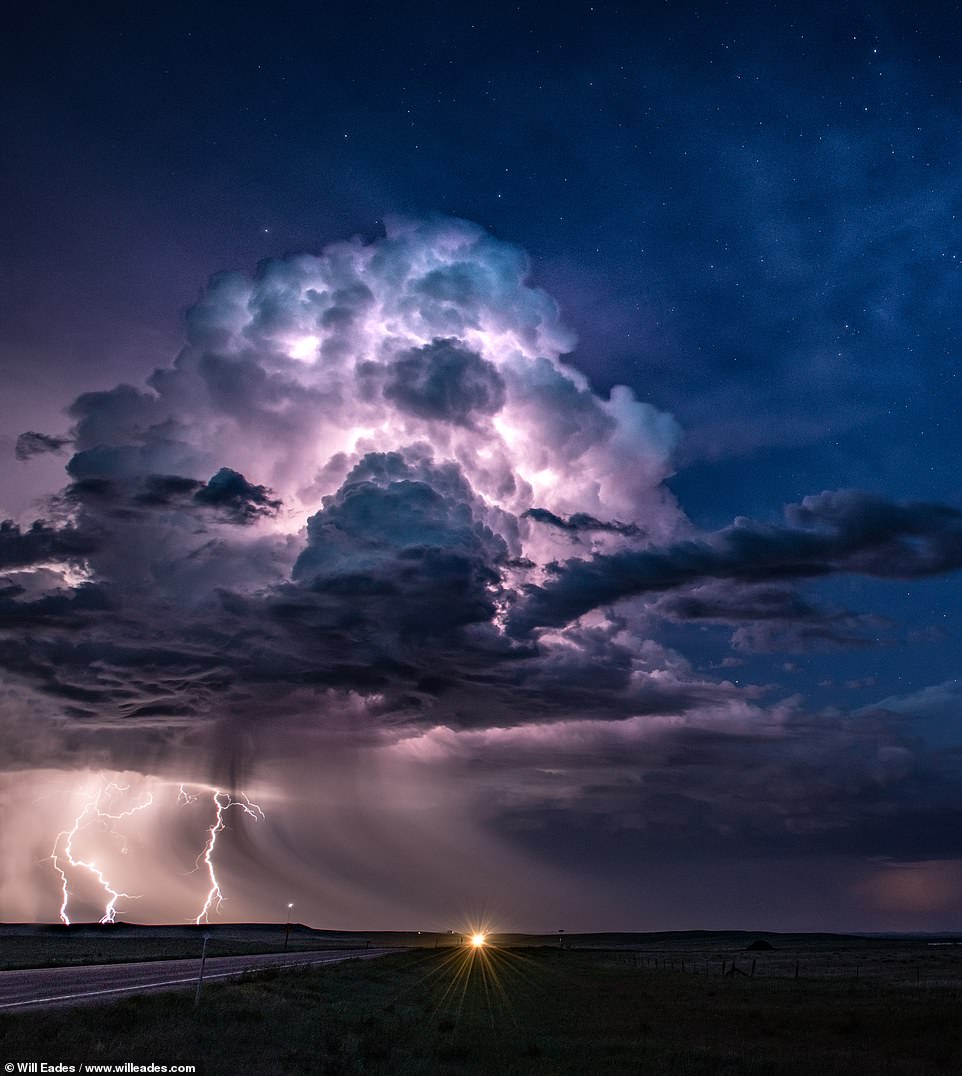 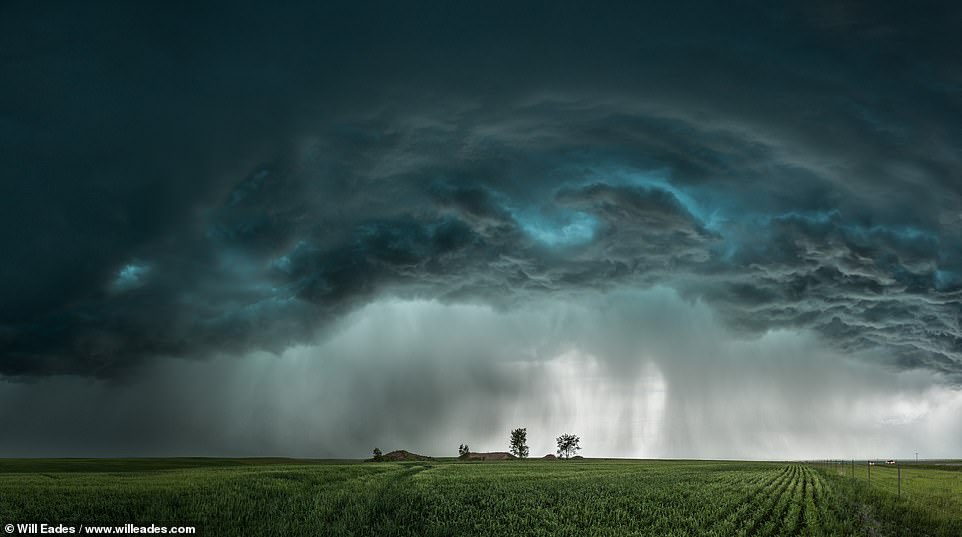 Will took this shot near the city of Butte in Montana and writes on Instagram: ‘Gorgeous colours and structure on this storm in Montana. As I rushed to set up and capture the scene, I put my tripod leg down right next to a western rattlesnake. The unmistakable rattle from his tail was something I’d only ever heard on TV, but it was effective! He went into his field, I got my shot’