Elephant is caught on camera sneaking across the border

Although elephants are massive in size, they can be sneaky at times.

One cheeky wild elephant has been caught carefully crossing the border between China and Laos – not once, but twice – in the wee hours on Saturday.

The jumbo animal was thought to be looking for food in Laos after passing the Chinese border watched by two guards. It returned to China about two hours later.

The wild Asian elephant stepped over the barrier at the China-Laos border near Chahe River, China’s Yunnan Province, at around 4:30am, according to a CCTV video released by China Central Television Station.

Two Chinese border guards saw the huge animal at the checkpoint, but failed to stop it. After it entered Laos, the guards carried on observing the animal to ensure it doesn’t harm any passersby, according to Xinhua. .

Apparently, the elephant continued its journey into the northeast part of Luang Namtha Province in Laos and stayed there for two hours before heading back home.

The Chinese border office had sent out two teams of workers to warn nearby villagers of potential danger and monitor the elephant’s movements, reported Xinhua. 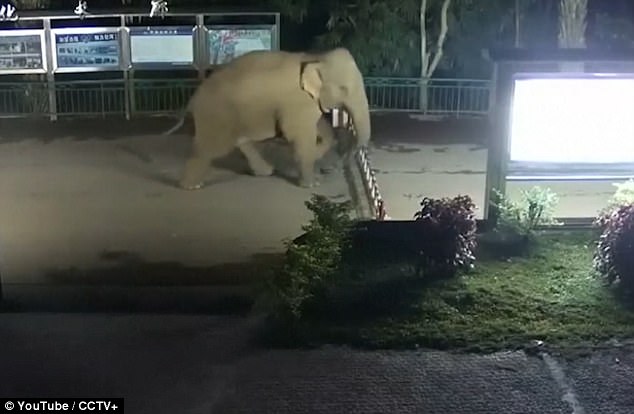 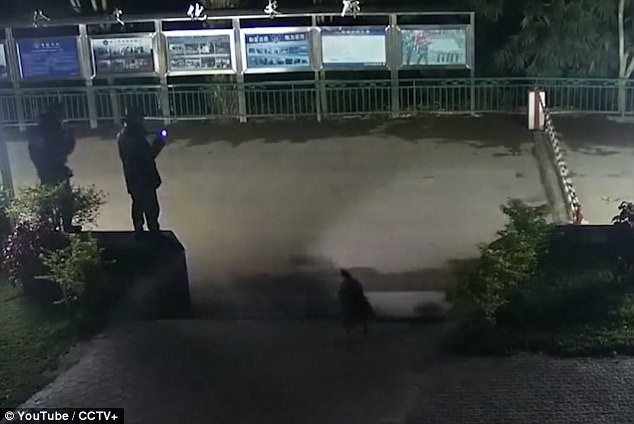 Zhou Xiaofei, a soldier working at the Chinese border office, told the Xinhua reporter that it was the first time he and his colleagues had seen an elephant cross the border.

‘We were afraid the elephant would pose danger to nearby residents, so we send our workers to follow the elephants in the dark,’ Mr Zhou said.

One worker said the wild elephant could be searching for food in nearby villages. He said: ‘The food in the forest during winter could be scarce.’ 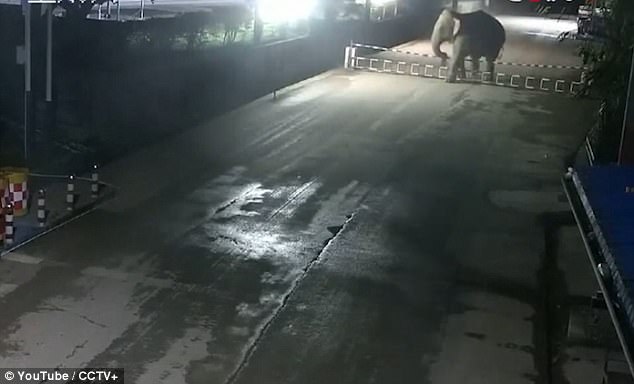 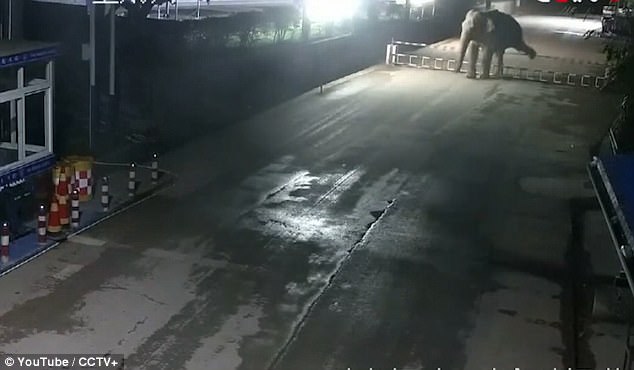 Another security camera video shows the elephant returning to the Chinese border at around 6am.

Th Asian elephant did not step over the barrier this time, but walk around the gate it had used before.

It’s believed that the elephant has returned to the forest without any harm.

Chinese officer Zhou Xiaofei said the elephant had caused no damage or injuries in the nearby villages.

Asian elephants are considered as protected species under the Convention on International Trade in Endangered Species (CITES), as well as Grade I National Key Protected Species in China.

Xinhua stated that there are about 300 Asian Elephants living in Xishuangbanna Dai Autonomous Prefecture, Pu’er and Ling Cang in south-west China.