Eliaquim Mangala ready to step in for injured John Stones

Eliaquim Mangala is ready to take his chance should he be needed to fill in at centre back for Manchester City when they take on Feyenoord in the Champions League this week.

City take on the Dutch side on Tuesday and the first team squad were out in full force at training on Monday afternoon.

They may have to face the Eredivisie champions without defender John Stones however, who suffered a hamstring injury in the weekend Premier League win over Leicester City. 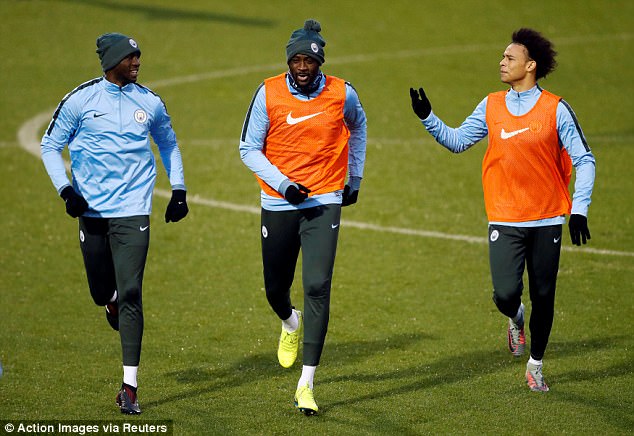 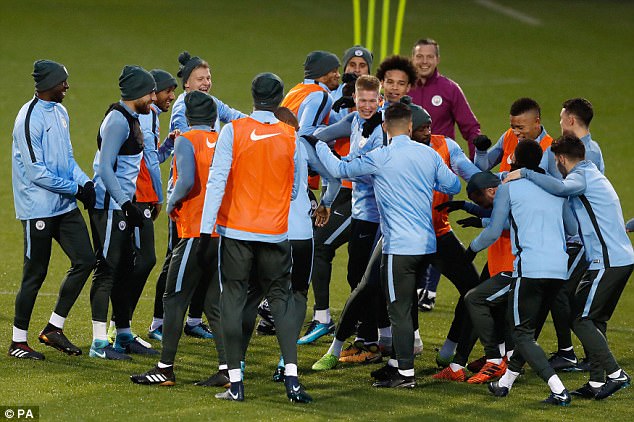 Stones was replaced by Mangala – for just his second league appearance of the season – who said he and the rest of the squad players needed to step up if needed.

He said: ‘It goes like that. You have to try and take your opportunity. We need more than 11 players – it’s not just about me. There are so many games.

‘I’m very realistic. I’m going to work and try to help my teammates. When you are in the squad, you have to help the team. We want to help City to win the title and win trophies.’ 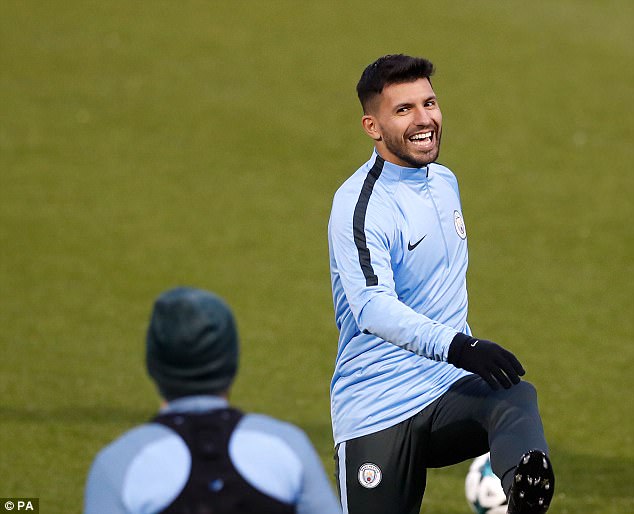 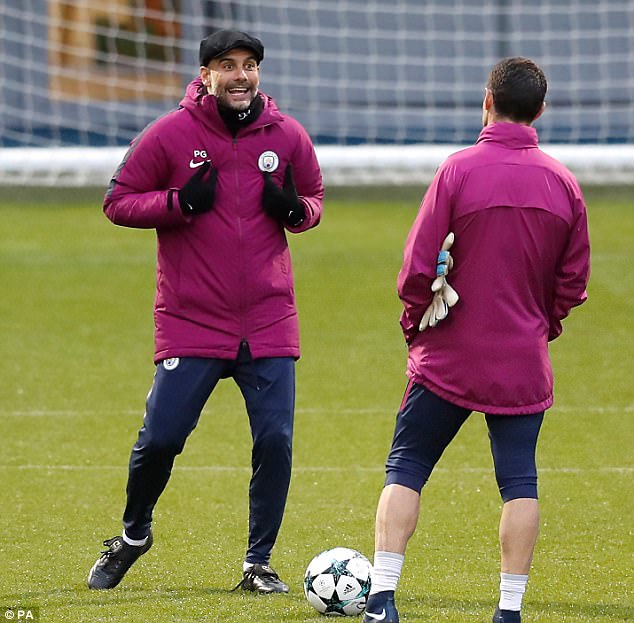 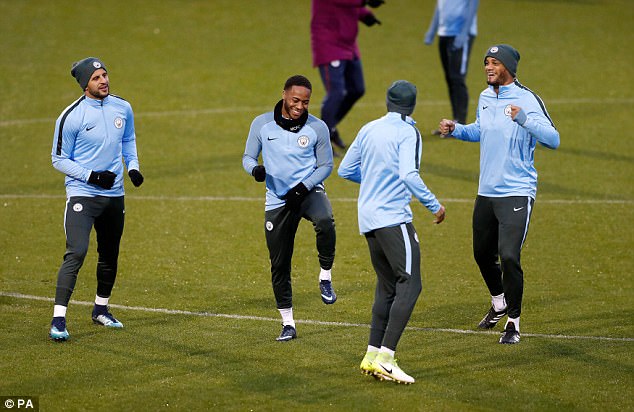 Kyle Walker, Raheem Sterling and Vincent Kompany all train for the Feyenoord fixture

City’s 2-0 win in Leicester further tightened their grip on the league table, and gave the squad plenty of reason to be cheerful as they laughed and joked in training, resulting in a mass play fight at one stage.

Manager Pep Guardiola will have been doubly pleased to see Sergio Aguero make it through the session without serious trouble, making him a possibility to play on Tuesday.

Aguero was an unused sub at the King Power Stadium having fainted at half time of Argentina’s friendly defeat to Nigeria a few days before. It came after an incident the previous month when he broke ribs in a car accident in Amsterdam as he returned from a concert.

City have already qualified for the knockout stages of the Champions League, and a draw against Feyenoord would ensure they topped Group F. 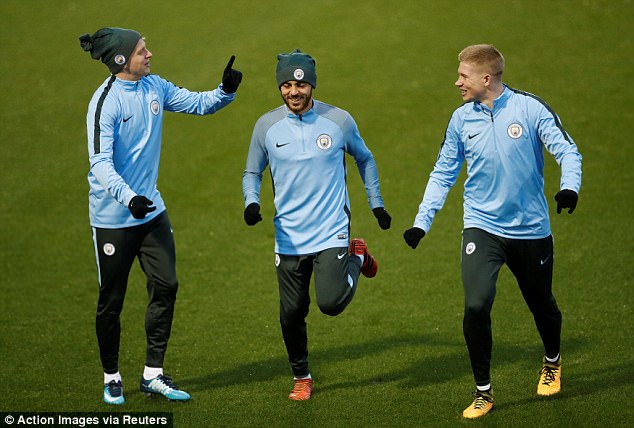 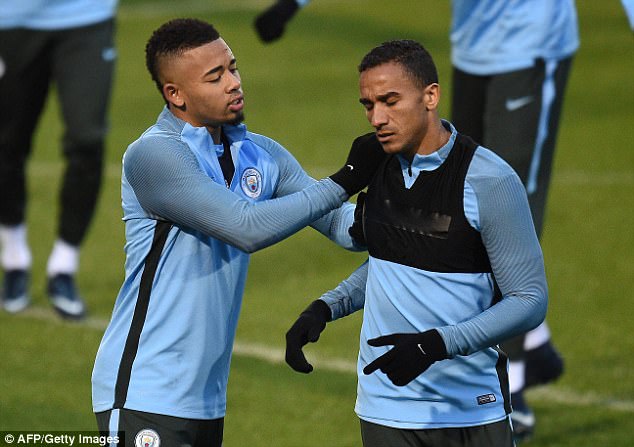 Gabriel Jesus and Danilo, team mates for Man City and Brazil, work together in the session