A Paralympian’s credibility has been called into question after footage revealed her walking to her car.

Footage of Amanda Reid, 21, who suffers from cerebral palsy, shows the athlete walking to her car in 2016 without her usual gait.

Her former swimming coach, Simon Watkins, previously accused the athlete of exaggerating her physical and mental impairments, and he believes this video raises questions that need answering.

Amanda Reid, 21, has represented Australia in swimming at the 2012 London Paralympics and won a silver medal in cycling for Australia at the Rio Games in 2016 (pictured)

‘Misrepresenting a condition, it’s about as serious as it gets, I put it in line with a drug cheat in an able-bodied sport,’ Mr Watkins told A Current Affair.

Reid, formerly known as Amanda Fowler, won a silver medal in cycling at the 2016 Rio Paralympics, but at the time she was filmed clearly walking with a crooked leg.

In the video, which was allegedly shot just after the 2016 Paralympics, the 21-year-old appears to walk to her car without any sign of impairment, or the need of a walking aid.

She appears to move freely as she opens the boot of her car, before she throws her backpack on the car seat, and then gets inside and drives off.

The Australian Paralympic Committee (APC) has strongly defended Reid against her critics. 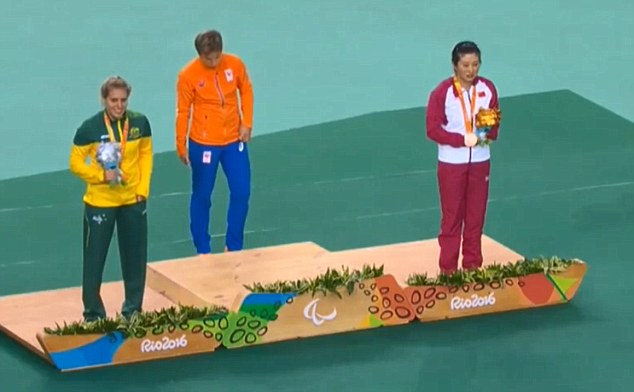 On the dais the day that Reid (pictured) won silver, her arm seems to appear impaired

It’s not the first time Reid has been called out by her former coach and other athletes who claim she is exaggerating the extent of her disability.

In an investigation from BBC’s File on 4 program, Mr Watkins and fellow athletes have said they are suspicious about the young athlete’s changing conditions.

Mr Watkins trained Reid in 2012 as an intellectual disabled athlete, but within a few months of starting he became uneasy after having conversations with her mother.

He said that Reid’s mother, Kate Reid, allegedly told him that her daughter may have a rare genetic disorder with similar symptoms to cerebral palsy.

Mrs Reid allegedly asked her London coach whether her category should be changed from an intellectual to a physical impairment. 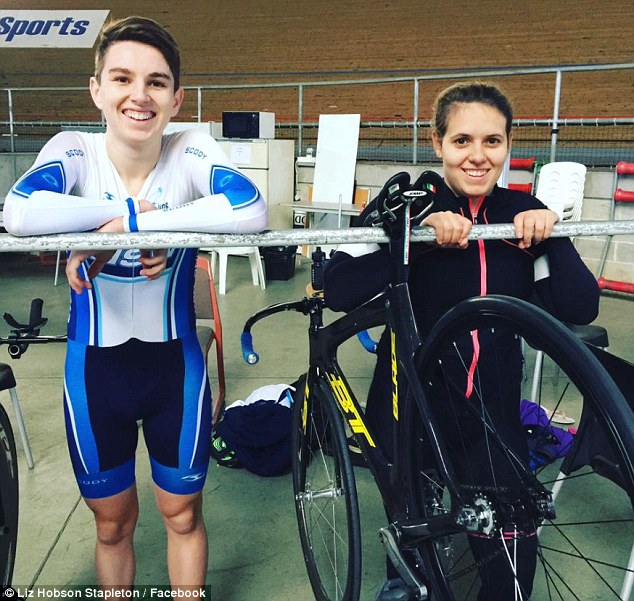 In 2012, her mother Kate Reid told the Mr Watkins her daughter may have a rare generic disorder with similar symptoms to cerebral palsy

Another athlete, who requested not to be named described the silver-medalist as ‘boisterous’.

‘There was absolutely no sign of any sort of physical impairment. She was quite boisterous and used her arms quite a bit for emphasis when she was talking,’ she said.

Mr Watkins stopped coaching the Mrs Reid in 2014 and claims he was shocked to see her training and competing as a visually impaired athlete.

‘This is a girl who had been driving a car. So now to be with a white stick… was quite unbelievable,’ he said. 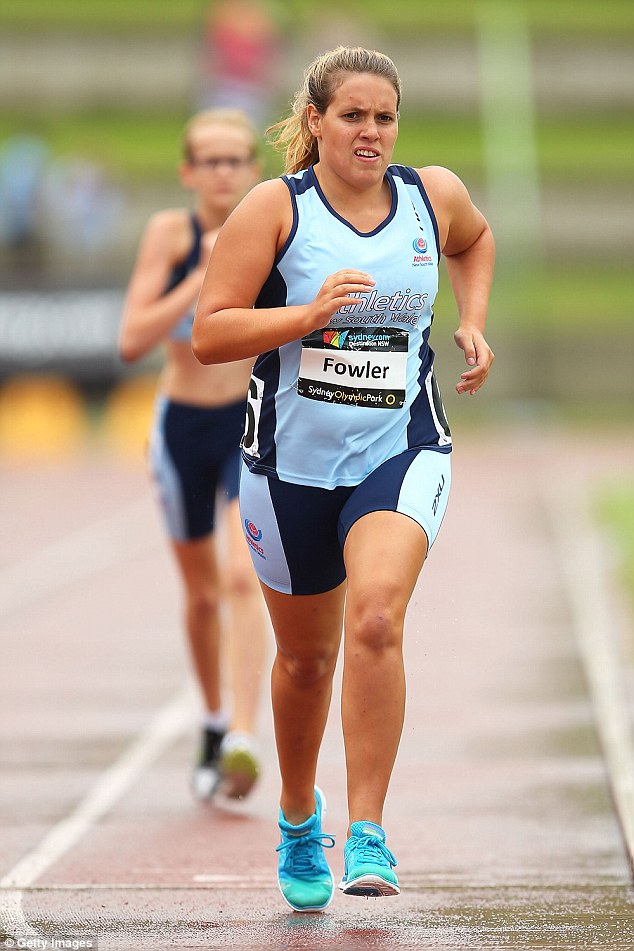 Mrs Reid is now training and competing as a visually impaired athlete. Since the allegations, the Paralympic Committee has stood by the Australian athlete and said they followed official process

A fellow swimmer has also claimed she would maintain eye contact and used her white stick as if it was a prop.

They said she ‘would suddenly almost put on an act as if she couldn’t see you and wouldn’t be able to meet your eyes directly.’

Since the allegations, the Paralympic Committee has stood by the Australian athlete and said they followed official process.

According to her mother, the family have been advised to not make any comments about the allegations.

‘Quite frankly this is taking its toll on Amanda’s health,’ Mrs Reid said. 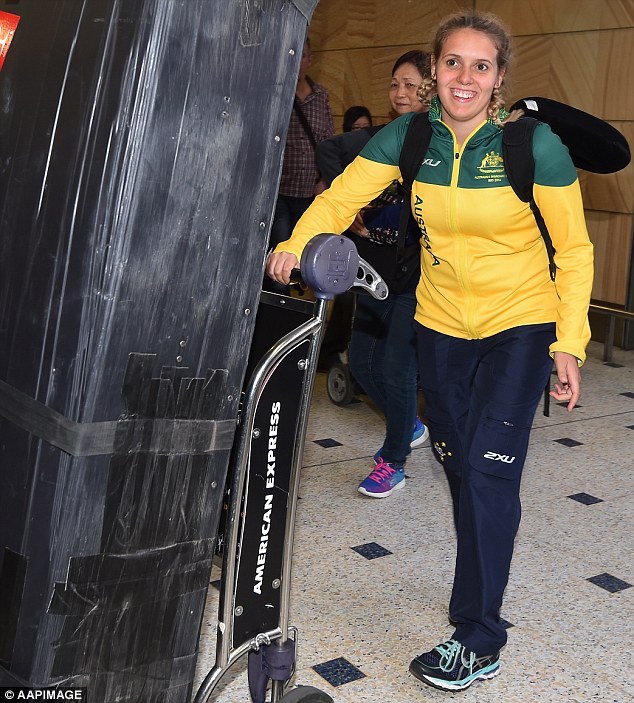 According to her mother, the family have been advised to not make any comments about the allegations