REVEALED: Elizabeth Holmes got a Siberian husky puppy as blood-testing company Theranos fell apart and insisted it was a WOLF as the un-housebroken dog constantly relieved itself in the boardroom

Theranos founder Elizabeth Holmes’ odd behavior and obsession with a Siberian husky puppy as her company fell apart has been revealed in a new report.

In September 2017, as her medical diagnostic company’s technology was exposed as a sham, Holmes flew first-class across the country on Theranos’ dime to visit a dog breeder, Vanity Fair reported.

She returned with a 9-week-old Siberian husky that she named Balto, after the famed sled dog that bought diphtheria antitoxin to Nome, Alaska in 1925.

The dog became Holmes’ constant companion, and was cared for by the small army of personal assistants and security guards Holmes employed at Theranos’ expense.

Theranos founder Elizabeth Holmes leaveas the Mark Hotel on Wednesday. She was staying in the hotel at the same time Meghan Markel was staying there. 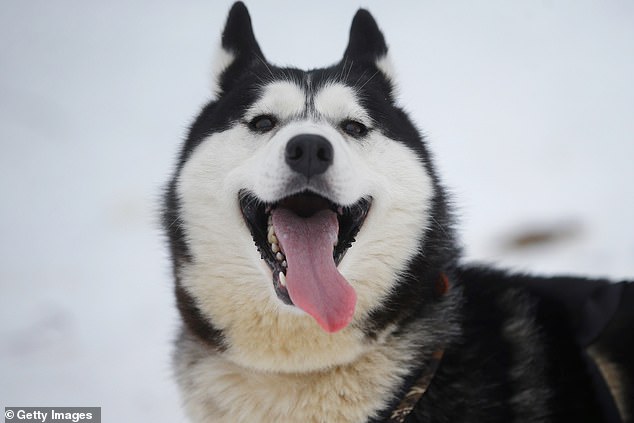 In September 2017, Holmes flew first-class across the country on Theranos’ dime to visit a dog breeder and purchase a a 9-week-old Siberian husky that she named Balto (file photo)

At work, Balto would remain at Holmes’ side as she strolled through Theranos’ labs, to the consternation of the company’s scientists, who protested in vain that dog hair might disrupt their delicate work.

Balto’s presence at the offices became even more troublesome as it became apparent that the dog had never been housebroken.

The dog would urinate and defecate all over the Theranos offices, Vanity Fair reported, leaving staff members scurrying to clean up the mess in the boardroom before meetings.

At one point, Holmes discovered that Balto had a trace of wolf DNA. From then on, she proclaimed that the dog was a wolf, and when asked what breed he was, would simply reply ‘He’s a wolf.’

All the while, Theranos was crumbling. The company had raised some $900 million in venture funding, all on the claim that it was developing technology that could run a battery of medical tests cheaply on a small drop of blood. 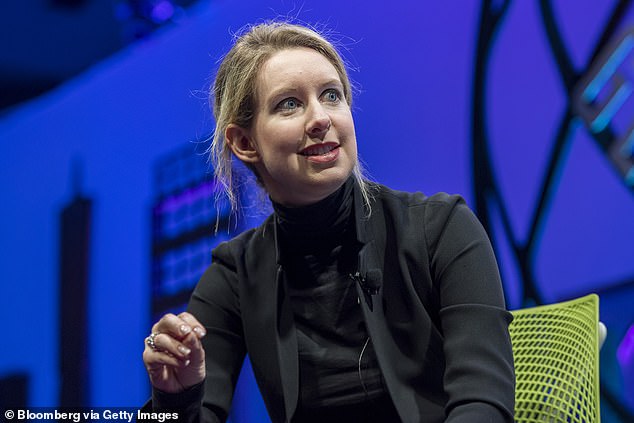 Wall Street Journal reporter John Carreyrou had exposed those claims as a sham, reporting that the company was using traditional medical testing devices to run tests that it claimed were done by its miracle machine, dubbed Edison.

As Theranos crumbled, shedding employees and moving from its ritzy Palo Alto headquarters into a dingy converted warehouse across the bay, Holmes remained inexplicably upbeat.

‘The company is falling apart, there are countless indictments piling up, employees are leaving in droves, and Elizabeth is just weirdly chipper,’ a former senior executive told Vanity Fair.

A former board member also told the magazine that Holmes would come to board meetings ‘chirpy’ and acting as if everything was ‘great.’

Amid the corporate chaos, Holmes enrolled Balto in a search-and-rescue program, executives who worked with her said.

She spent weekends training him to find people in an emergency, but as huskies are bred for long-distance running rather than rescue, Balto failed out.

Holmes, along with her ex-boyfriend Ramesh Balwani, the former Theranos COO, is charged with nine counts of wire fraud and two counts of conspiracy to commit wire fraud for distributing blood tests with falsified results to consumers.

They have pleaded not guilty, and the case is expected to take years to make its way through the courts.

Holmes faces up to 20 years in prison if convicted. Reportedly, she still tells people that Balto is a wolf.