Elizabeth Llewellyn: Songs Of The Heart And Hereafter

Elizabeth Llewellyn, one of our leading Verdi sopranos, rarely does recitals. But as a proud black Briton, she has a strong fellow feeling for Samuel Coleridge-Taylor, son of a Sierra Leone doctor, who in his brief life (1875-1912) became so famous but is now so forgotten.

Coleridge-Taylor’s father returned to Africa while Coleridge-Taylor was only a child, leaving his British mother to bring him up alone in Croydon. He soon showed exceptional musical gifts, which prompted a member of the congregation at their church to pay for him to go to the Royal College of Music.

Here he excelled, winning golden opinions from his composition teacher, Sir Charles Villiers Stanford, from Ralph Vaughan Williams, and indeed from Sir Edward Elgar, who got Coleridge-Taylor one of his first commissions while still only a student, from the Three Choirs Festival. 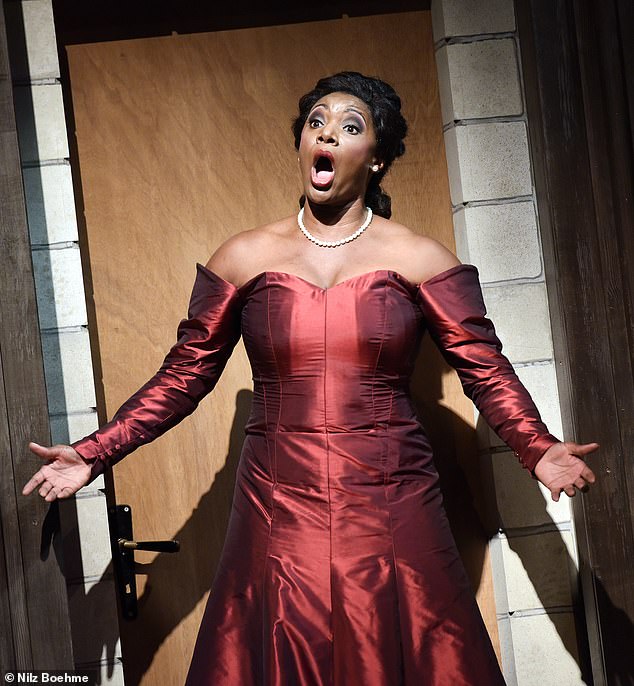 Elizabeth Llewellyn is one of the finest Verdi sopranos in the country, and while her recitals are rare they’re worth the wait

At the RCM, Coleridge-Taylor wrote the first of his cantatas based on the then fashionable epic poem The Song Of Hiawatha. It created a sensation, and even during the Twenties was regularly performed at the Royal Albert Hall.

Sadly, by then Coleridge-Taylor was no longer with us. He died, aged only 37, of pneumonia.

Coleridge-Taylor didn’t receive any royalties for the hugely popular Hiawatha, a scandal that led to the formation of the Performing Rights Society.

He was extremely assiduous, and left lots of songs, which Liz Llewellyn has been trawling through, with her indefatigable accompanist Simon Lepper. This carefully planned recital contained a dozen Coleridge-Taylor songs, all of them attractive and well worked, albeit none containing the sort of killer tune that makes, for instance, the tenor solo Onaway! Awake, Beloved! from Hiawatha so memorable.

Room was also found here for songs by Stanford, Vaughan Williams and Elgar, finishing off with Mahler’s Rückert-Lieder song cycle.

Liz and Simon are booked to record an album of these charming songs, which will, I hope, reawaken interest in a composer too accomplished to be forgotten.

Warner Classics has issues this on 27 CDs in a bargain box costing just over £50. The orchestral music is entrusted to conductors of the stature of Jean Martinon, Riccardo Muti and Leonard Bernstein. The choral and operatic stuff is in the safe hands of musicians of the calibre of Sir John Eliot Gardiner, Michel Plasson and John Nelson.

Did you know that Berlioz composed a song cycle called Irlande? Neither did I but it’s there. As are better known and even more distinguished pieces, such as Janet Baker’s Les Nuits d’été (with Sir John Barbirolli).

A moan, though. Unlike Decca’s magnificent pre-Christmas Bach box, where alternative recordings of major works abound, the only one here is a murky 1924 Symphonie Fantastique. Martinon’s version included here is top class. But what about Sir Thomas Beecham’s, with the same Parisian orchestra? It’s maybe the most vivid performance on disc of this work.

In 2003 Decca issues a splendid commemorative box for Berlioz’s 200th, consisting of all the Berlioz recordings of Sir Colin Davis, the composer’s foremost interpreter of modern times. Good as this Warner box is, it might be worth seeking out that one on reissue later this year.