Elizabeth Warren has demanded criminal punishment for social media users who spread false information about how to vote in elections.

The Democratic presidential candidate has pledged to push for ‘tough civil and criminal penalties’ in a bid to tackle Russian-linked deception efforts.

She also took aim at Facebook and Twitter for their ‘meager’ efforts to tackle the spread of fake news, urging them to block accounts who post false information.

Online tricksters were found to have spread a series of falsehoods during the 2016 and 2018 elections, including incorrect election dates and claims that voters could cast their ballot by text.

In a statement on the Warren campaign website, the Massachusetts senator vowed that her staff would not ‘knowingly spread false or manipulated information’.

‘I will not tolerate the use of false information or false accounts to attack my opponents, promote my campaign, or undermine our elections,’ she said.

‘In both the 2016 and 2018 elections, online disinformation sought to depress voter turnout by telling people they could vote via text, giving people the wrong date for election day, and more,’ she said.

‘I will push for new laws that impose tough civil and criminal penalties for knowingly disseminating this kind of information, which has the explicit purpose of undermining the basic right to vote.’

Warren also suggested she could impose additional sanctions on Russia for its alleged interference in the 2016 race.

Russian accounts were blamed for a wave of misinformation during the 2016 campaign, in particular targeting Democratic nominee Hillary Clinton.

One Russian troll farm even tried to encourage U.S. ‘secessionist movements’ in California and Texas, a report said. 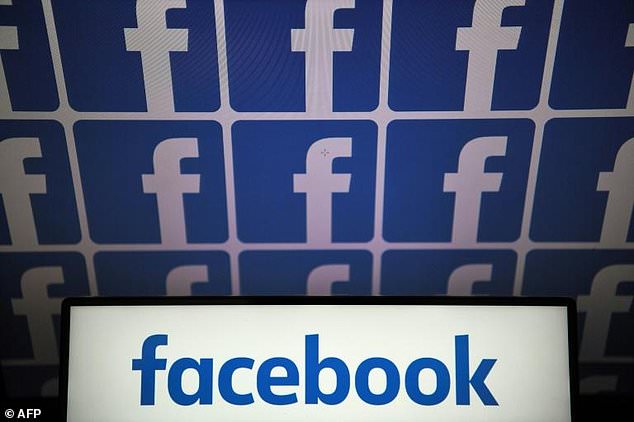 Facebook (file photo) has admitted that hundreds of fake accounts believed to be run from Russia had spent $100,000 on divisive adverts during the 2016 election

Intelligence chiefs are braced for further Russian attempts to disrupt the 2020 election.

‘Even when social media companies like Facebook identify efforts at promoting disinformation, the steps they take to stem its corrosive effects are meager at best,’ Warren said.

‘Social media platforms should ban accounts that knowingly disseminate false information about the time, place, and manner of voting.’

Research by the Brennan Center, a think-tank, found that some of the deception efforts in 2016 were particularly targeted at black voters.

Ahead of the 2018 midterms, some social media posts claimed falsely that voters could cast their ballot by text.

Other messages claimed that the election was on November 7, rather than the actual date of November 6 – potentially causing people to miss election day.

The institute said the false messages were ‘similar to Russian tactics’ which had been observed in 2016.

There were also menacing messages about bringing guns to polling stations and claims that ICE officers would be there to deport immigrants.