For any couple, the news that you’re expecting is meant to be the catalyst for one of the most exciting times of life.

But for Elle Halliwell, 30, the news forced upon her an incredibly tough decision.

Just 48 hours before discovering she was pregnant her world was rocked by news she had Chronic Myeloid Leukaemia (CML), a blood cancer that currently has no cure.

It meant the journalist from Sydney was left with an unenviable decision – save her own life, or that of her unborn son. 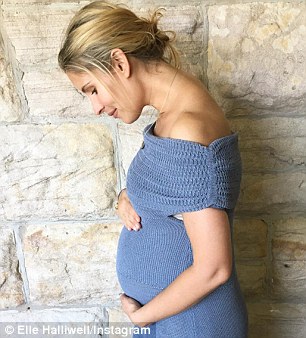 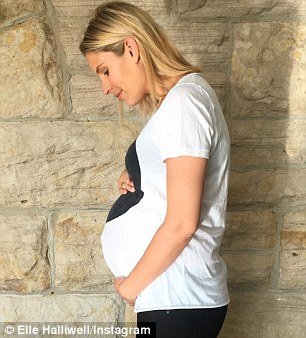 The 30-year-old decided to delay her cancer treatment until after she had her baby son. Ms Halliwell said her initial thoughts when she found out she had cancer was that she would die 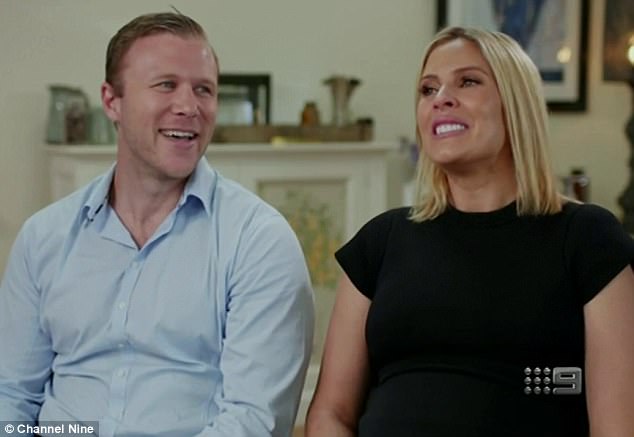 ‘I picked it [the positive pregnancy test] up, threw it across the room and swore,’ Ms Halliwell told 60 Minutes.

‘That poor life inside me living in this sick body. I thought it had no hope.’

WHAT IS CHRONIC MYELOID LEUKAEMIA?

Chronic myeloid luekaemia  (CML) is a rare form of cancer that affects the blood and bone marrow.

CML is incredibly uncommon, accounting for around 0.03 per cent of all cancers diagnosed.

It is most common in adults over 50, and occurs more frequently in men than women.

Many people diganosed with the disease have a genetic abnormality.

The mother-to-be had found out about her diagnosis after undergoing routine blood tests in anticipation to begin trying for her first child.

More than a decade ago, being diagnosed with CML was a certain death sentence.

Most commonly found in men in their 60s, today there’s still no cure but advanced drug treatments have greatly boosted the chances of surviving.

However the nature of Interferon, the drug used in the fight against CML, means it can’t be taken when pregnant, leaving Ms Halliwell with an uphill battle.

‘I just instantly thought this will kill me,’ Ms Halliwell said.

‘Knowing that it had invaded every kind of area your body, a blood cancer, I thought this is so fatal.’ 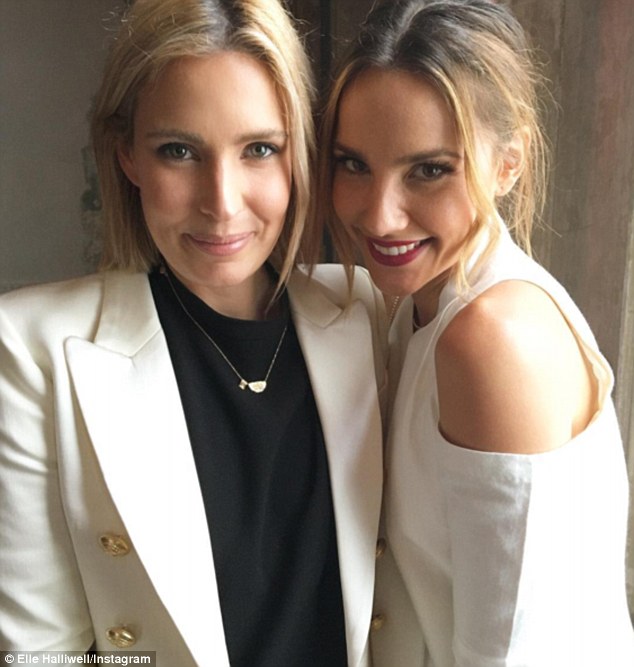 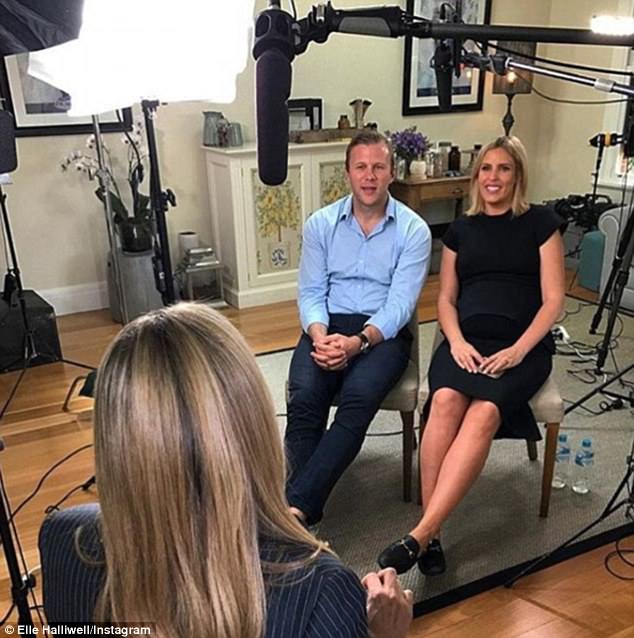 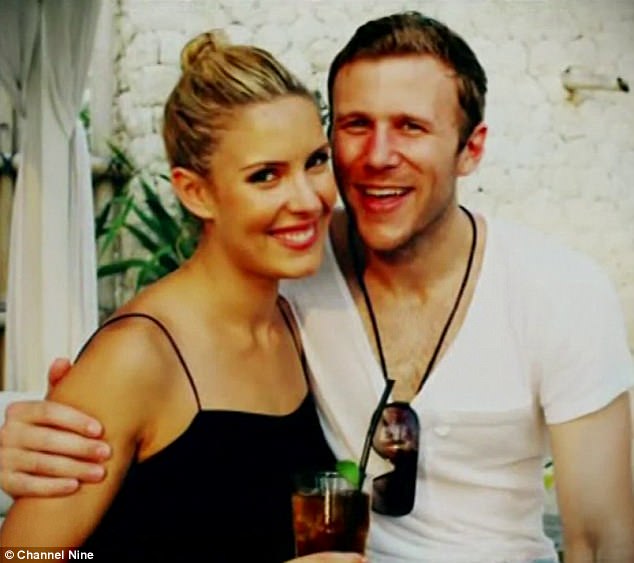 ‘I’ve lived a really great life and I’m bringing life into the world now and if all goes well, and if it doesn’t I’ve done my best and it’s not meant to be,’ she said

If Ms Halliwell’s decision wasn’t already hard enough, it was further complicated by doctors who advised her to terminate her pregnancy.

Yet the early detection of her cancer gave her another option.

Dr Tim Hughes, a world leader in CML from South Australia, told Ms Halliwell there was a chance she could both have her baby and fight her cancer, by delaying treatment until after her baby is born.

While the decision does put her at extra risk, it was a gamble she was willing to take.

‘I thought about dying and it didn’t scare me as much as I thought it would,’ she said.

‘I kind of thought I’ve lived a really great life and I’m bringing life into the world now and if all goes well, and if it doesn’t I’ve done my best and it’s not meant to be.’ 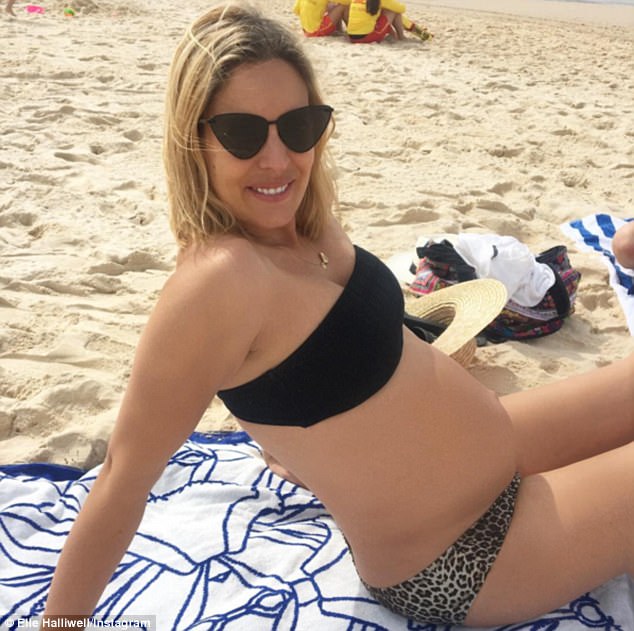 Despite being initially told by doctors to abort her pregnancy and freeze her eggs, Ms Halliwell has decided to carry the full term 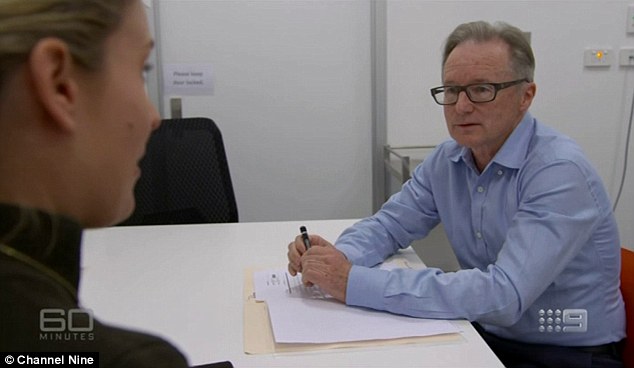 Dr Tim Hughes (right), a world leader in CML from South Australia, gave Ms Halliwell the option of delaying her treatment to give her a chance of also having her first child 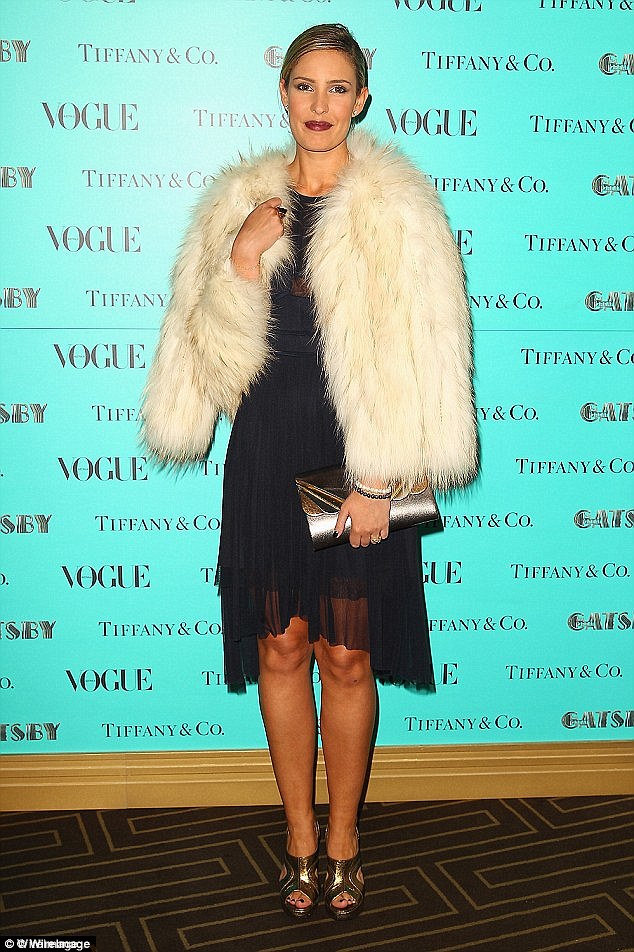 The disease is most common in men around 60, so Ms Halliwell’s diagnosis came as a huge shock to her and her family

Months after being diagnosed in April 2016, the fashion journalist pen a heartfelt article in the Daily Telegraph some months later about her battle.

She said her whirlwind 48 hours after receiving her cancer diagnosis and finding out she was pregnant.

‘Pregnancy is supposed to be one of the most joyous times in a woman’s life,’ she wrote.

‘I’d love to say I jumped for joy, but my exclamation instead was of the four-letter kind – because 48 hours before this news, I had been diagnosed with leukaemia.’

However Ms Halliwell said she has been ‘lucky’ not to have dealt with any of these effects, and instead struggles with the idea that she feels well, but is not.

‘One of the biggest challenges right now is reconciling the fact that I feel healthy, but am far from it,’ she wrote.