She was nicknamed ‘The Body’ three decades ago and is holding on to that title with both hands.

On Monday, Elle Macpherson, 53, proved she still has a flawless figure as she made the most of a sexy black swimsuit while enjoying her sunny vacation in Sydney.

The ageless mother-of-two wasn’t shy about putting her famous body on display in the one-piece suit, which featured several cutouts along the sides.

‘The Body’: Elle Macpherson, 53, proves why she earned the nickname as the supermodel flaunts her flawless figure on vacation in Sydney

Swimwear chic: The mother-of-two put her long legs on display in her black one-piece swimsuit that featured cutouts at the sides

Subtly displaying her taut tummy, the Miami-based beauty looked relaxed and at ease as she took in her surroundings on the Australian beach.

The supermodel, who has graced the cover of Sports Illustrated a record five times, enjoyed herself as she swam and played around in the ocean.

The Australia-born blonde showed off her natural beauty, keeping her long hair down and going makeup-free. 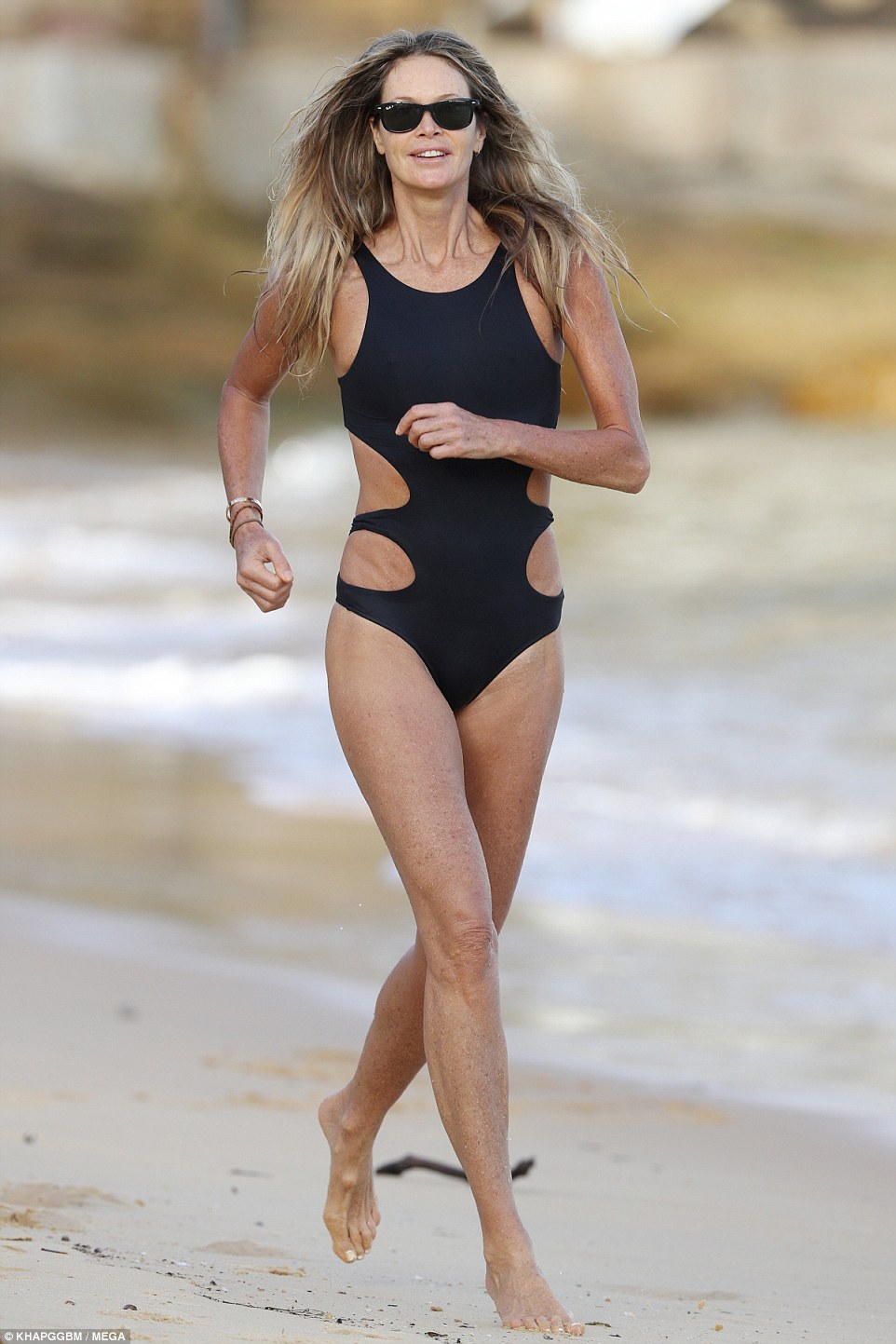 Ageless: The Sports Illustrated model looked happy and relaxed as she playfully jogged along the picturesque water 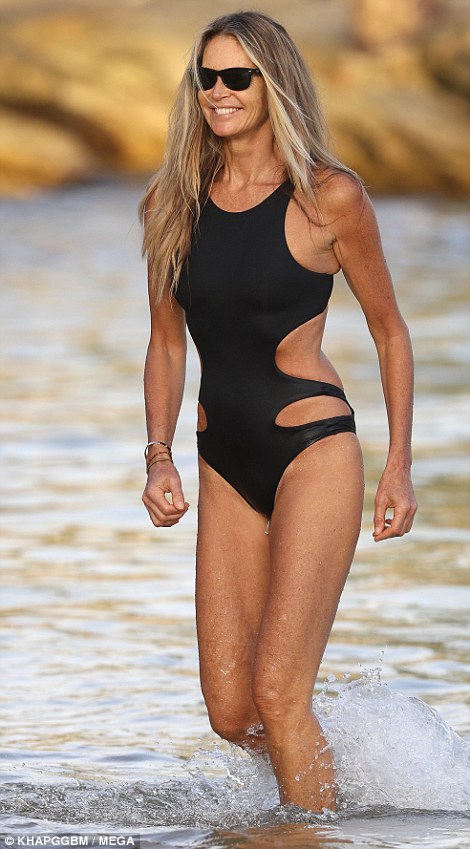 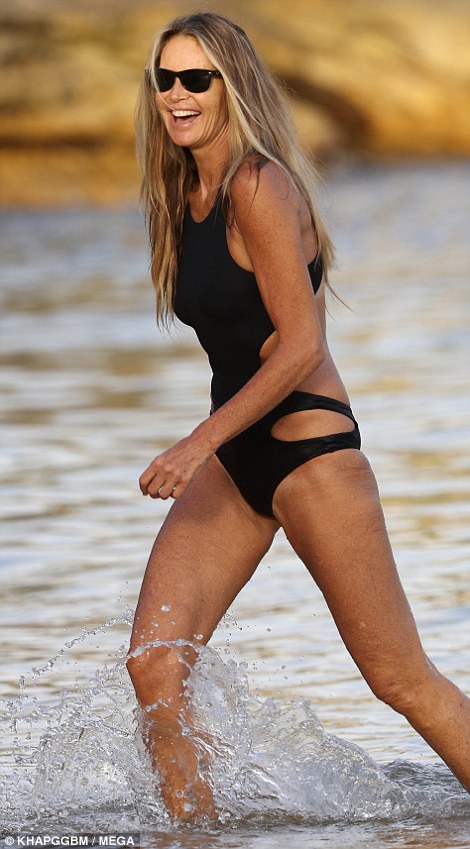 Fun in the sun: The fashion icon enjoyed herself as she splashed around in shallow water and took a quick swim

The former reality star and social media influencer was prepped for the sun as she shielded her eyes with black RayBan sunglasses.

The long-legged beauty was all smiles as she got some exercise in, jogging along the picturesque water.

The fashion icon kept her accessories to a minimum, sporting a gold bangle and a beaded red-bracelet alongside a hairband. 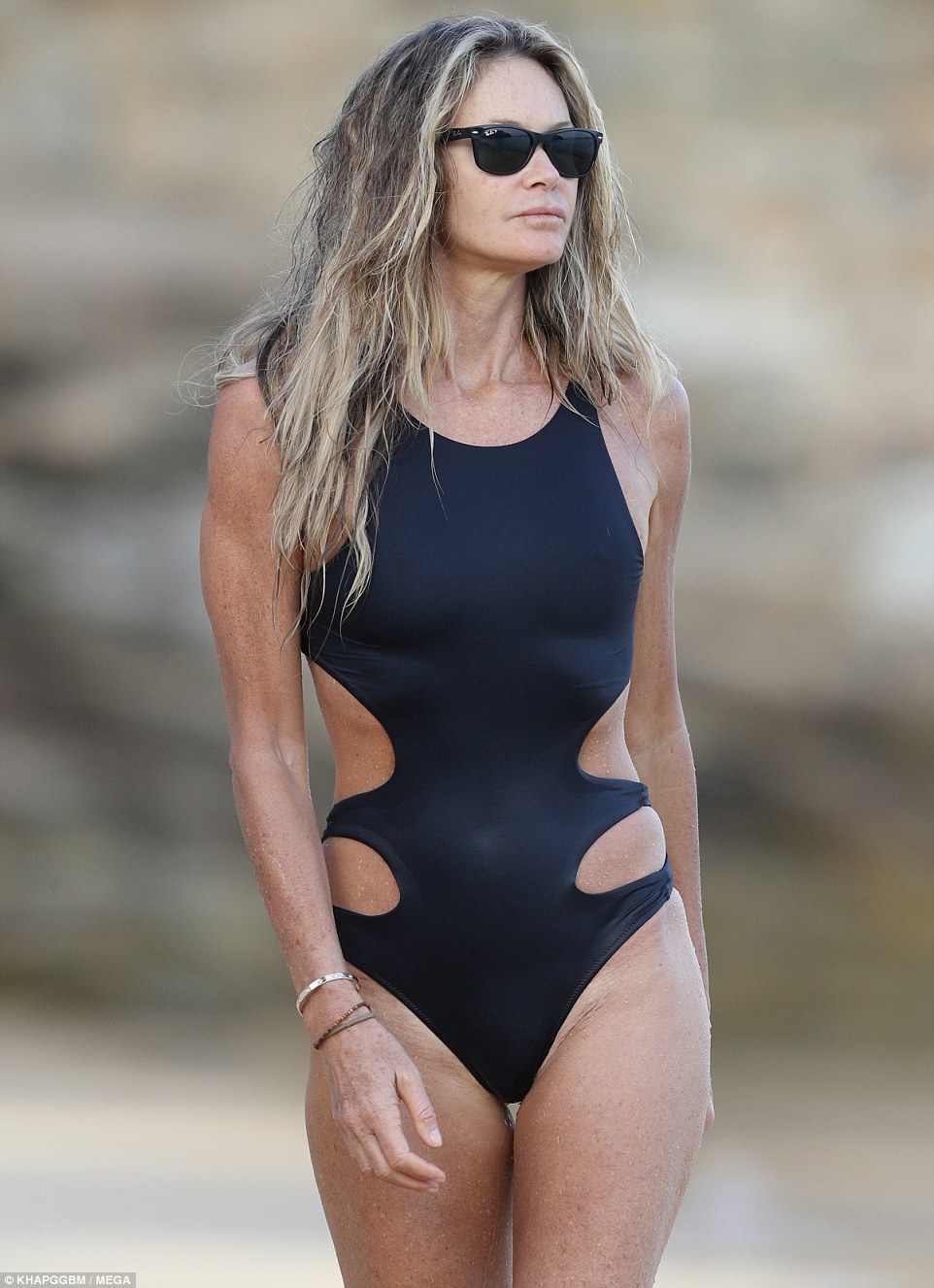 ‘I’m in better shape now’: Elle recently spilled her secrets to her youthful appearance in her column for Get The Gloss, saying that she started listening to what her ‘body wanted’ instead of doing what she ‘thought it needed’

Elle recently shared her secrets to her ageless appearance in her column for Get The Gloss.

The statuesque stunner revealed that reaching 50 was a ‘turning point’ and she decided to start listening to her ‘body wanted’ instead of doing what she ‘thought it needed.’

Since reaching the milestone, Elle has swapped her more intense workout for ‘nurturing ones’ like yoga. She also shared that she started a predominantly wholefood, plant-based diet.

‘In many ways, I’m in better shape now for it,’ she said of her new lifestyle.

Yoga fanatic: The statuesque stunner has swapped her intense workouts for more ‘nurturing ones’ since she turned 50 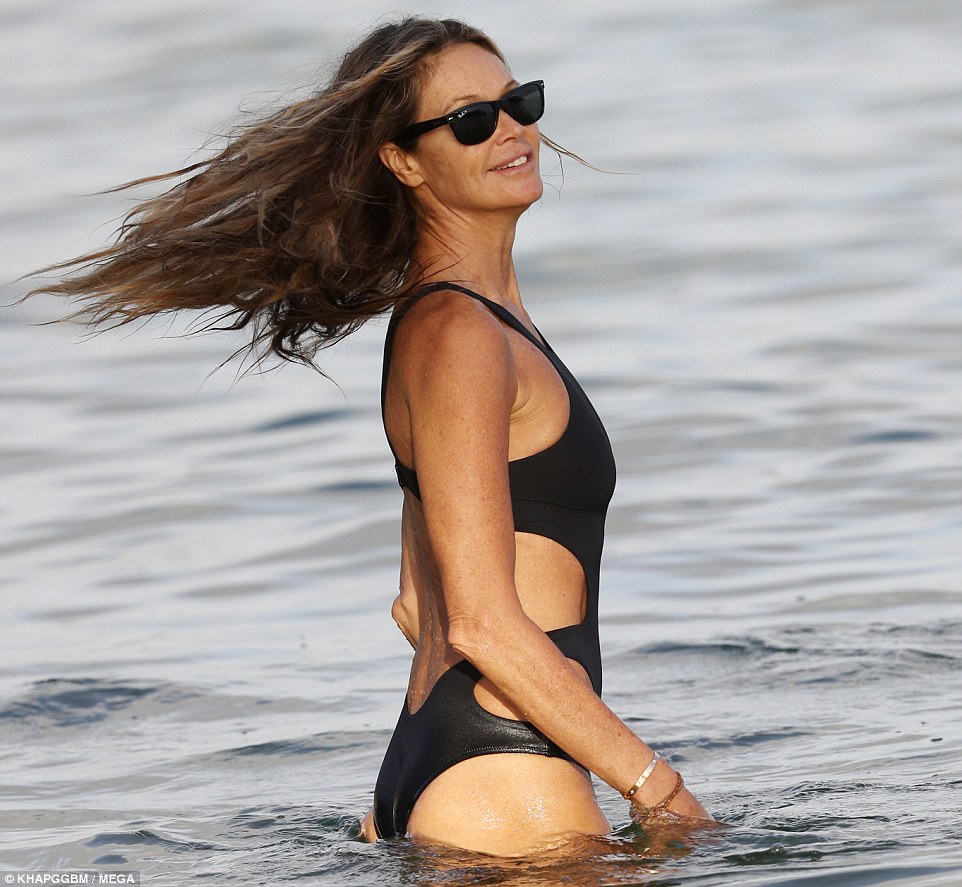 Showstopper: Elle proved that she is still comfortable in her swim suit, showing off her toned arms and tummy while taking quick dip

Every day the beauty has a sprinkle of cayenne pepper in water and treats herself to a fortifying tea with valerian root, hops and skullcap.

A good night’s sleep also helps the stunner stay focused and refreshed, with Elle revealing that she switches off the lights at 8:45 p.m.

And her efforts have paid off. Elle has been showing off her toned body in Sydney over the weekend.

The Sports Illustrated swimsuit model was seen at the airport with her son, Aurelius Cy, on Wednesday morning. Back to reality! Elle was spotted with her son, Aurelius Cy, at a Sydney airport on Wednesday morning as the two head back from their fun-filled vacation