Billy Joel ‘ousted’ Elle Macpherson from their Central Park West digs in the 80s – in favor of his then-new girlfriend Christie Brinkley.

Elle, 54, told the story this week on Watch What Happens Live, where host Andy Cohen pointed out the ‘overlap’ in Billy’s romances with her and Christie.

‘The Body,’ as Elle is known, shared that ‘Billy and I were living together in Central Park West. We were friendly, and I think he was dating Christie at the time, just starting to. So, yeah, I got ousted. What can I say?’

Christie, known for her iconic Sports Illustrated Swimsuit Issue covers in the 1970s and 1980s, wound up being married to Billy from 1985 to 1994.

Billy and Christie, who share a 32-year-old daughter called Alexa, have been married four times apiece – each was the other’s second spouse.

On Watch What Happens Live, Andy prodded Elle that ‘there’s a lot of conversation about whether Uptown Girls was meant to be about you or about her.’

Elle said of Billy’s 1983 song: ‘I think it’s all the uptown girls. Put it that way. I don’t need to take any ownership of that.’ 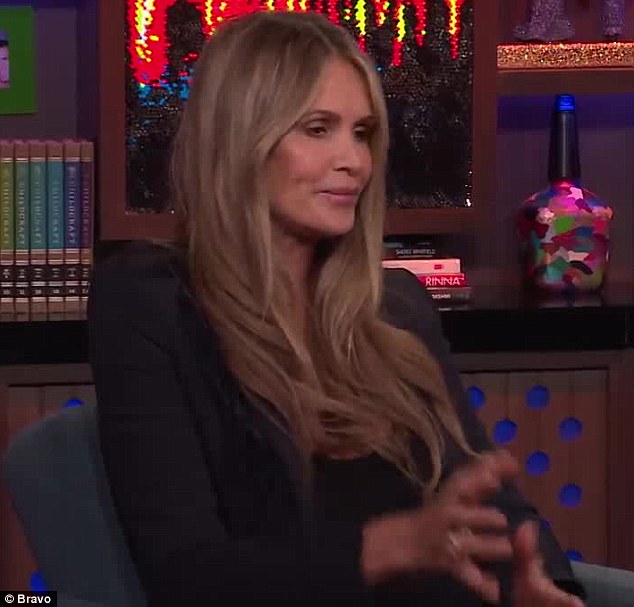 Looking back: Elle, 54, told the story this week on Watch What Happens Live , where host Andy Cohen pointed out the ‘overlap’ in Billy’s romances with her and Christie

Billy himself has hinted at the inspiration of the song – during a 2014 concert at Madison Square Garden, 20 years after their marriage fell apart, he sang it live for Christie and pointed at her as she beamed in the audience.

Christie also has a son called Jack son by her third ex-husband Richard Taubman, but was legally adopted by her fourth ex-husband Peter Cook – who is not to be confused with the late English comedian of the same name.

Peter and Christie’s marriage stretched from 1996 to a rancorous divorce in 2008 after he copped to adultery with a woman he hired as an assistant when she was 18. 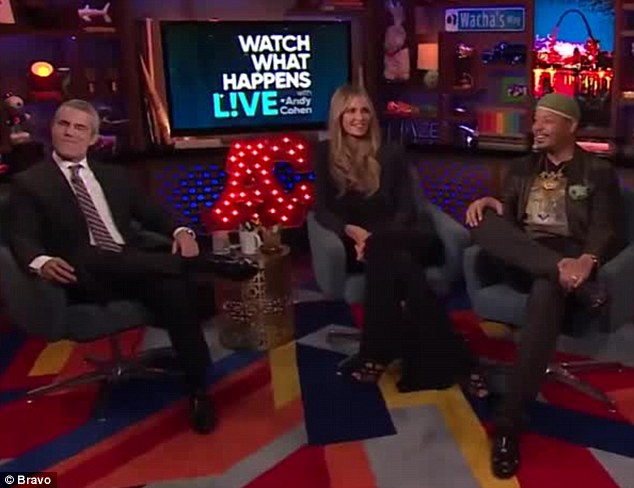 ‘Put it that way’: Beside fellow guest Terrence Howard, Elle said of Billy’s 1983 song Uptown Girl: ‘I think it’s all the uptown girls,’ adding ‘I don’t need to take any ownership of that’

He and Christie have a now 20-year-old daughter called Sailor Brinkley-Cook, who has followed in her mother’s footsteps and modeled for Sports Illustrated.

Post-Christie, Peter married a woman called Suzanne Shaw, who sniped in 2012 that she had jetted off to Indonesia because of his ‘vengeful’ previous wife.

Suzanne wrote to the New York Post: ‘The black cloud of Christie Brinkley’s hate [that] has hung over our lives for the five years I have been with Peter, and has taken an unhappy toll on me and my daughter’s life – on all our lives. I needed a break.’

Jack sprang to Christie’s defense, calling the claims ‘lies’ and telling the MailOnline: ‘I rarely ever hear my mother or father discuss one another mean while there have been many instances where I have heard my fathers wife mention my mother.’

In 2014, Suzanne left her husband, told Page Six that ‘I fell under Peter’s spell’ and publicly apologized ‘for my part in causing Christie any unnecessary pain.’

Elle, also a Sports Illustrated Swimsuit Issue model, was married from 1986 until 1989 to French photographer Gilles Bensimon – who went on to marry and divorce ex-model Kelly Killoren before she became a Real Housewife Of New York.

In 2013, Elle tied the knot in Fiji to billionaire Jeffrey Soffer, the son of real estate man Donald Soffer, before they split up in the middle of last year.

Last September, Page Six had a source saying that because Elle and Jeffrey married in Fiji, their union may not have been legally binding in the first place – at least, that was what Jeffrey was dishing to his friends. 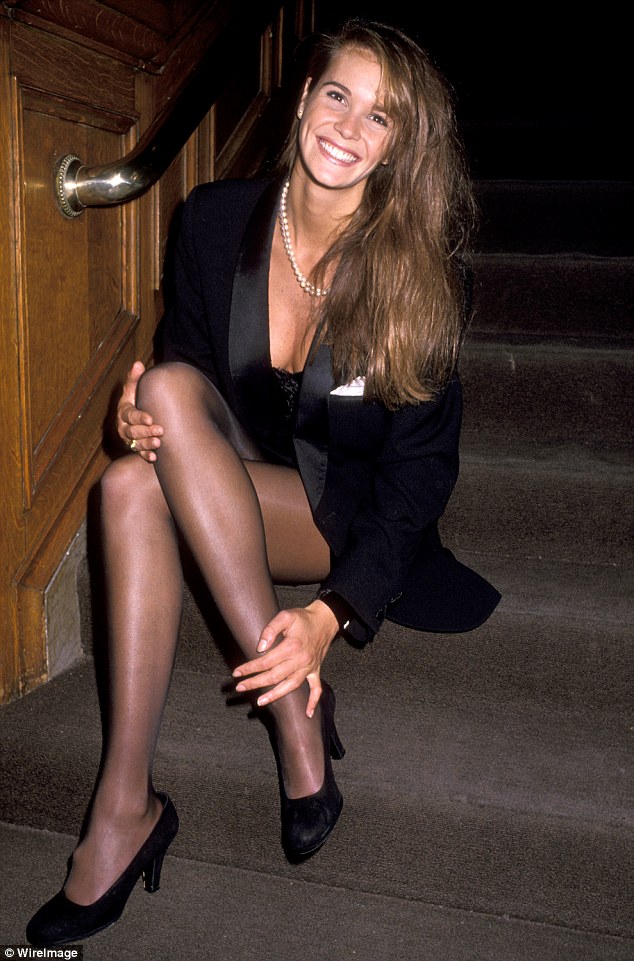 Flashback: Elle, who is a decade younger than Christie and who like her was a Sports Illustrated Swimsuit Issue model, is pictured here in 1989