The 26-year-old announced last week that she expected Tokyo 2020 to be her fourth and final Paralympic Games.

Simmonds, who was selected as one of Great Britain’s opening ceremony flagbearers in Japan, planned to return home and evaluate her career and has now decided ‘it’s time to hang up the goggles’.

‘I’ve heard it said by others that you know when it is time to call it a day, and having given a lot of thought to it, I know that now is the right time for me,’ she posted on Twitter.

‘Being part of the Paralympic movement and able to contribute in some small way to the progression of para-sport means an enormous amount to me and is something that I shall continue to be involved in. 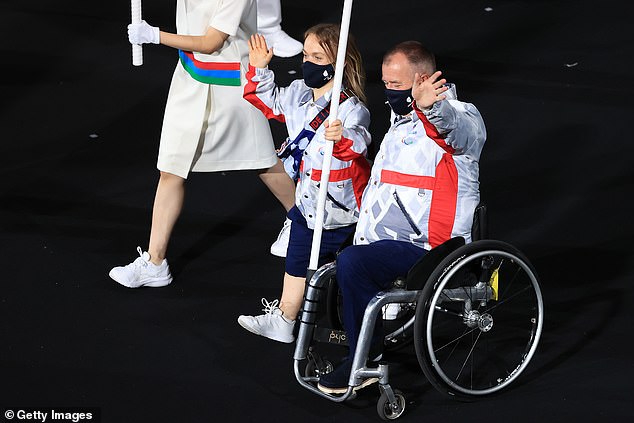 The 26-year-old (C), who was a flagbearer at the opening ceremony, says it is time to step away

‘Being a Paralympian has changed my life. I’ve made the best of friends, travelled the world and met the most amazing and inspirational of people – all while having the time of my life.’

Simmonds established herself as one of Britain’s most recognisable Paralympians by winning double gold at Beijing 2008 aged just 13 and a further two golds in London four years later.

She claimed gold again at Rio 2016 but failed to make the podium in Tokyo. 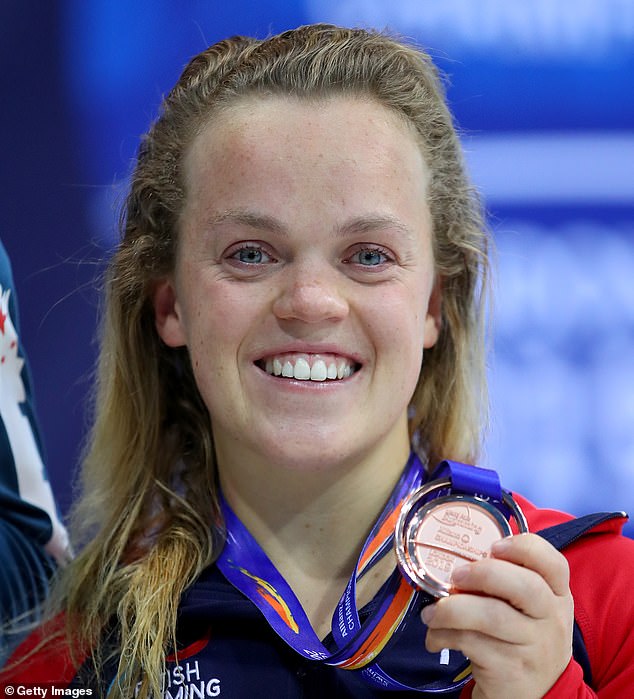 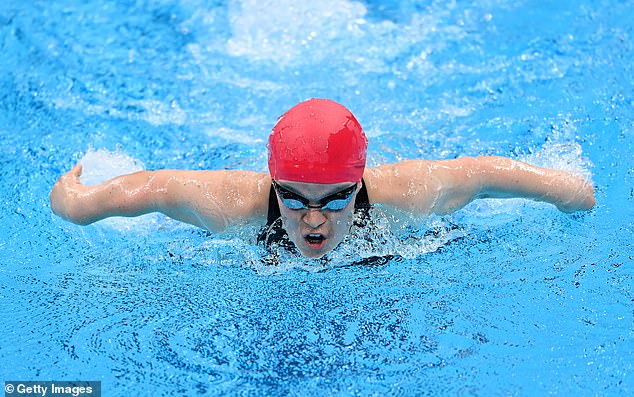 She has been one of Britain’s most famous Paralympians, winning five gold medals in total

Simmonds finished fifth in her final race – last Thursday’s S6 400m freestyle – having had an initial disqualification overturned on appeal.

Her performances in the Far East were overshadowed by fellow Briton Maisie Summers-Newton, who claimed gold in both the SB6 100m breaststroke and SM6 200m individual medley, with Simmonds fourth and fifth respectively.

‘Since my first international competition in 2006 aged 12 to the Tokyo Paralympics, competing for Great Britain has been the greatest honour of my life,’ she added.

‘From having my dreams come true as a wide-eyed and excited 13-year-old in Beijing and then competing in a home Games in 2012 through to now it’s hard to convey just how proud, honoured and grateful I am for everything, not least the wonderful support I’ve had. 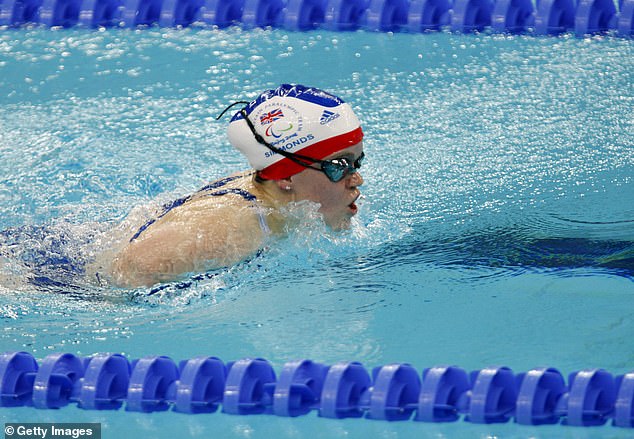 British Para-Swimming national performance director Chris Furber said in a statement: ‘What Ellie has achieved, not just for the sport of para-swimming but for inclusion and diversity more generally, is truly game-changing.

‘The legacy she leaves behind is outstanding, both in terms of her incredible performances in the pool and also in the way she has challenged perceptions and inspired the entire nation. Ellie is a remarkable person.’

British Swimming CEO Jack Buckner added: ‘She is a genuine legend of the sport, and she has been so influential in so many ways. Hers has been a wonderful career.

‘I have no doubt that all the experience and skills she has developed throughout her career stand her in good stead for whatever lies ahead, and we look forward to seeing that and supporting wherever we can.’