Ellie Simmonds reflected here on Monday night on how the notion of people with disability having an identity in their own right was never understood before the Paralympic movement came along.

She recalled heading out as a 13-year-old swimmer to Beijing in 2008 when this event was considered the ‘special Olympics’ — the very name carries a hint of discrimination — and in many ways she has grown up with the movement which has since taken hold.

She was still a teenager at London 2012 — the Paralympics game-changer — and is now a young woman of 26 who will be one of the GB team’s two flag-bearers at the Tokyo Games’ opening ceremony on Tuesday.

ParalympicsGB could have selected no one better, given Simmonds’ powerful articulation of how the movement has helped challenge preconceptions and celebrate difference.

‘Before Beijing, the Paralympics and disabilities were still under wraps really,’ she said. ‘People didn’t really know what it was. The Paralympic movement and disability has just crept up and it’s just amazing to see.’

She has certainly changed the way that people with her condition, achondroplasia, are perceived and is now an advocate and campaigner for ‘We the 15,’ fighting for the 1.2 billion people with disabilities who represent 15 per cent of the world’s population.

Simmonds described their aim as ‘the acceptance of everyone. Absolutely everyone. No matter what you look like, no matter your skin colour, your size. There are so many different people out there and everyone isn’t the same, and isn’t that amazing in a sense?’

She cited the way that the Games has propelled para-athletes such as Jonnie Peacock and Lauren Steadman into the realms of reality TV: perhaps the ultimate manifestation of the mainstream.

Channel 4, who have championed the Paralympic movement tirelessly, have handed 70 per cent of their on-screen presenting roles for the games to those with disabilities. 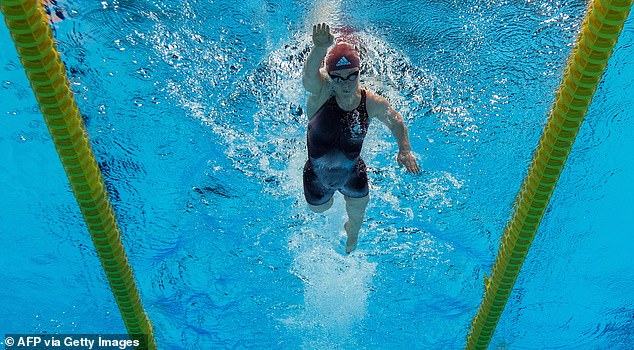 Simmonds is less carefree than when she started out, winning two golds in Beijing and London

The job is by no means done. The main press centre here, busy with the bustle of Olympics correspondents a few weeks ago, was a ghostly place on Monday, just 48 hours out from the opening ceremony, where archer John Stubbs is Great Britain’s other flag-bearer.

Some might say they didn’t want to risk further time in a country where a fifth Covid wave — the Delta variant — has left some Tokyo paramedic staff struggling to find hospital places for those with symptoms. But many of the Paralympians took a far greater risk to be here.

Many have arrived with underlying health conditions which have left their immune systems more vulnerable than the Olympians. Paralympians are at ‘greater risk,’ the GB team’s chef de mission Penny Briscoe said on Monday.

Briscoe revealed that the first positive Covid test, in a support worker within the GB swimming set-up, had led to two athletes having to isolate. This is new ground for British delegations here this summer. No one in the Team GB Olympic set-up tested positive.

Simmonds agreed that there were risks attached to competing. ‘We knew them leading into it,’ she said. ‘We have meetings with not just doctors but also mental-health advisers as well. We knew that there was a risk to absolutely everyone.’

But Briscoe was not exaggerating when she said that the mood in the camp was ‘absolutely extraordinary’. In part, that is because the isolation and solitude wrapped up in the pandemic have been felt more acutely by these athletes. 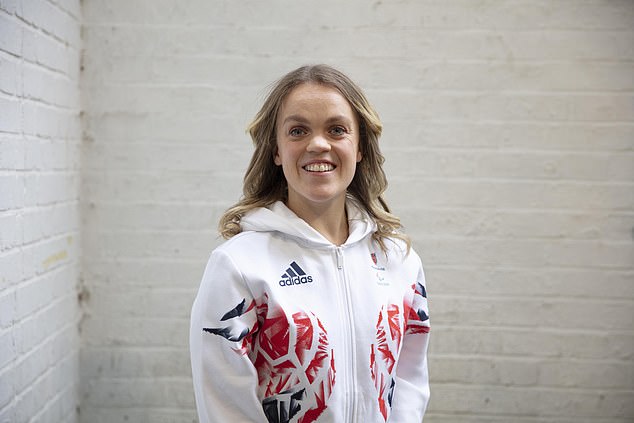 ‘As an older woman now, I feel the pressure more,’ she said. ‘I feel all those different aspects’

Several speak of a visceral need for these 13 days of competition at the end of a long, dark tunnel, where the desolation of shielding had become a fact of life.

Simmonds described how the arc of her Paralympic career has made her less carefree here than when she started out in Paralympics, winning two golds in Beijing and another two at London.

‘As an older woman now, I feel the pressure more,’ she said. ‘I feel all those different aspects, I’m more aware of that, whereas as a 13-year-old, as a 17-year-old, you just do swimming, you’re just doing it as sport where you don’t really think of all the outside bits.’

She can reflect on the fact that the challenge she faces in the pool is from GB’s Maisie Summers- Newton, a 19-year-old with achondroplasia who was inspired to swim by her.

Among the other Paralympians speaking yesterday were the Paralympic Refugee Team, discussing how they were competing for the hundreds of displaced Afghans, whose national flag will be carried into the stadium today. ‘Our hearts go out to all those people. We are representing them,’ team leader Ileana Rodriguez told Sportsmail.

Simmonds would agree with that. ‘It’s just about going out there, racing, enjoying it, doing the best I can, and just being happy and soaking it all in,’ the flag-bearer said. ‘It’s the Paralympics at the end of the day.’