A rebel camper is frustrating authorities and oceanfront bungalow owners after setting up a makeshift home on the beach complete with a veggie garden and some promising-looking banana trees.

The woman set up camp about five months ago at the foot of the Great Dividing Range, just off the Captain Cook Highway at Ellis Beach, 28km north of Cairns.

The camp is near oceanfront bungalows, the local surf club and the Ellis Beach Bar and Grill. Staff at the Ocean Beach Bungalows and the cafe refused to comment.

But Brett Olds, the local representative from the Cairns Regional Council, is fuming that the resourceful camper has taken advantage of apparent inaction by the Queensland Department of Transport and Main Roads.

A rebel camper has taken advantage of state government inaction to grow fruit and veggies at an illegal campsite at Ellis Beach, near Cairns 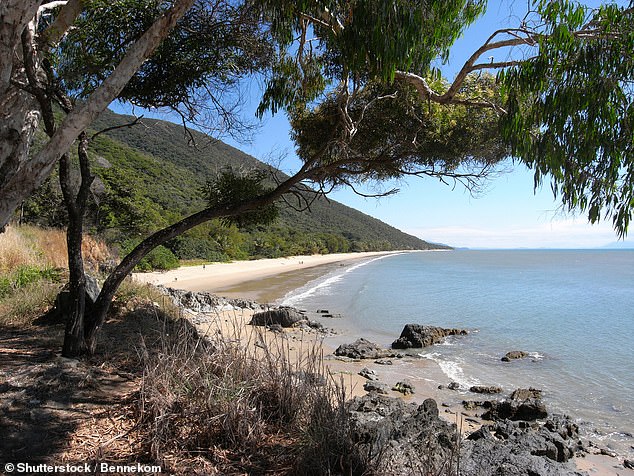 ‘It’s a beautiful drive between Cairns and Port Douglas but you can’t miss this awful lean-to on the side of the road that has a vagrant living in it,’ Olds told Daily Mail Australia.

‘I don’t know where she is going to the bathroom but I can guess.’

Olds says he has contacted the Department and been told they are in the process of ‘training officers’ to evict her.

‘They are useless down there, they’re 100 per cent reluctant. How long does it take to train someone to move a person along?

‘The problem is the council can’t move her on if we wanted to because it’s Main Roads’ land.’

Olds says the local police are waiting for a written request from the Department, which he maintains they’ve rejected doing because ‘they say the police have more important things to do’.

‘She might be doing it tough but there’s places she can go to get a roof over her head.’ 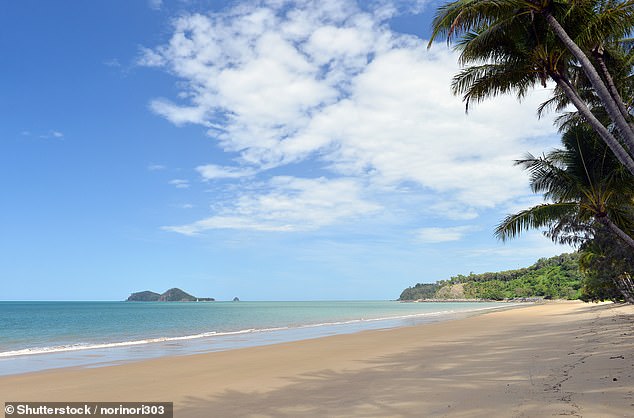 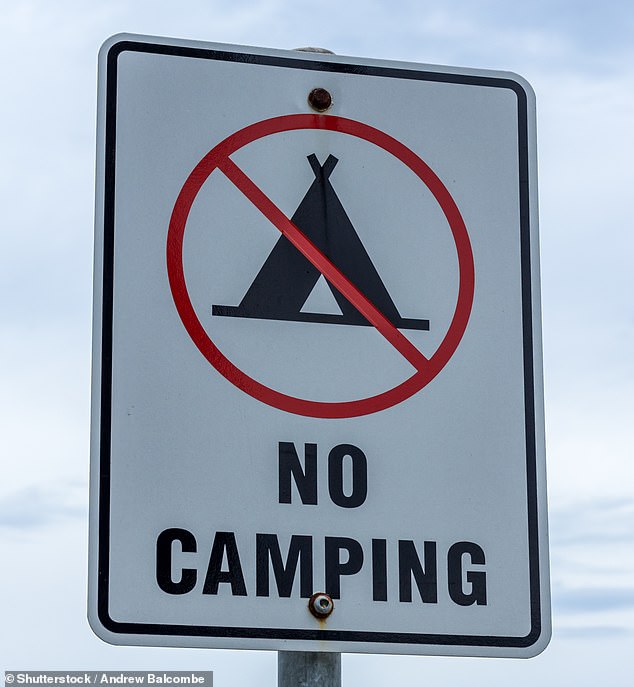 The area just past Ellis Beach, next to a narrow strip of road, has had issues with free campers for years

Olds says he has not approached the woman.

‘It’s not my place to and it wouldn’t be a pleasant conversation,’ he said.

‘The police have tried, but they can’t move her without a request.’

A local real estate agent who didn’t want to be quoted said he understood the camper was Aboriginal and the authorities with responsibility for the land didn’t want to create a political issue.

Opinion in Facebook groups was divided on the issue, with some saying she could be there because housing is unaffordable. Others backed calls for campers to respect the rules.

Drivers can park in rest areas for up to 24 hours but extended camping is not allowed, with fines of up to $2,669 possible.

Daily Mail Australia has contacted the Queensland Department of Transport and Main Roads for comment.