Twitter’s general counsel James A. Baker was fired on Tuesday

Chief Twit Elon Musk has fired Twitter’s general counsel James A. Baker, citing his alleged involvement in the suppressing the release of internal documents regarding Twitter’s censorship of the Hunter Biden laptop scandal.

‘In light of concerns about Baker’s possible role in suppression of information important to the public dialogue, he was exited from Twitter today,’ Musk wrote in a tweet on Tuesday.

Musk added that Baker’s explanation of the events surrounding the laptop saga were ‘unconvincing.’

Journalist Matt Taibbi, who released the first batch of internal files about the Hunter saga on Friday, claimed that Baker had been fired in part for ‘vetting the first batch of “Twitter Files” – without knowledge of new management.’

Also on Tuesday, Rep. James Comer, a Kentucky Republican, sent Baker a letter requesting his appearance before the House Oversight Committee next year, when the GOP is set to take control of the House.

Before joining Twitter, Baker was former FBI general counsel under Director James Comey, and played a key role in the saga surrounding the Bureau’s controversial probe into possible collusion between Russia and Donald Trump’s 2016 campaign. 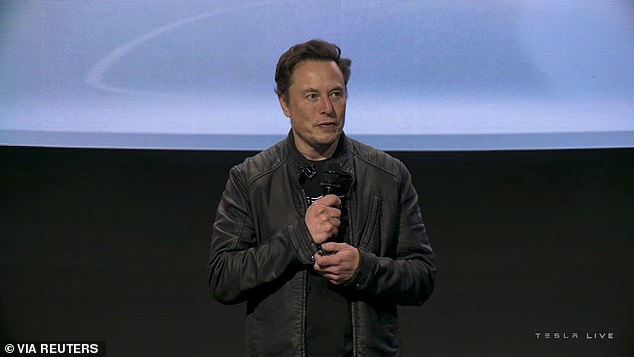 ‘In light of concerns about Baker’s possible role in suppression of information important to the public dialogue, he was exited from Twitter today,’ Musk wrote in a tweet on Tuesday

Baker’s departure from Twitter follows the publication last week of internal documents showing him and other executives discussing the company’s October 2020 ban on a news report about Hunter’s foreign business deals, based on emails from his abandoned laptop.

On Friday, Taibbi published the batch of internal documents, calling them the ‘Twitter Files,’ which included an exchange between Baker and former VP of Global Comms Brandon Borrman.

Borrman asks, regarding banning an article about Hunter Biden under Twitter’s ‘hacked materials’ policy: ‘Can we truthfully claim that this is part of the policy?’

Baker responded, appearing to argue in favor of maintaining the ban, because ‘caution is warranted’.

In a new Twitter thread on Tuesday, Taibbi alleged that Baker had been fired after he was discovered ‘vetting’ the internal documents before their release, and delaying the release of a second tranche of files to Taibbi and another journalist, Bari Weiss.

Taibbi wrote that ‘new management,’ meaning Musk, was not aware of Baker’s role in reviewing the files before their release. 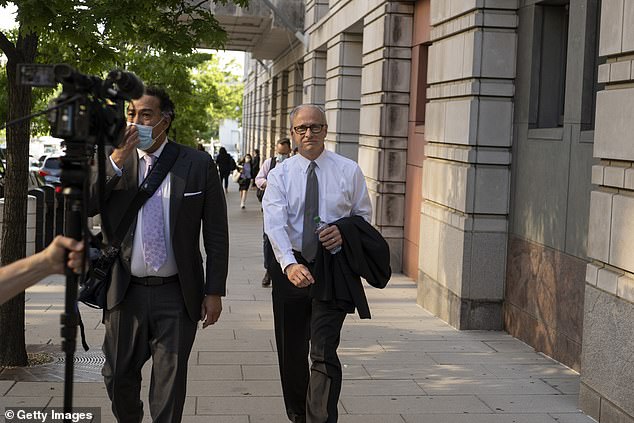 Former FBI general counsel James A. Baker, who went on to work for Twitter, is seen in a file photo

Taibbi tweeted: ‘The process for producing the “Twitter Files” involved delivery to two journalists (Bari Weiss and me) via a lawyer close to new management. However, after the initial batch, things became complicated.

‘Over the weekend, while we both dealt with obstacles to new searches, it was @bariweiss who discovered that the person in charge of releasing the files was someone named Jim. When she called to ask “Jim’s” last name, the answer came back: “Jim Baker.”

Taibbi continued: ‘Baker is a controversial figure. He has been something of a Zelig of FBI controversies dating back to 2016, from the Steele Dossier to the Alfa-Server mess. He resigned in 2018 after an investigation into leaks to the press.

‘The news that Baker was reviewing the “Twitter files” surprised everyone involved, to say the least.