Elon Musk goes on rant against the media criticizing Tesla

Musk took ‘big media companies’ to task in a series of tweets, saying the public doesn’t respect them anymore because of their ‘holier-than-thou hypocrisy’ and  because they ‘claim to the truth, but publish only enough to sugarcoat the lie’.

After a reporter from the Verge retorted by calling him a ‘media-bating Trump figure,’ Musk sharply replied by saying President Donald Trump was elected because no one believes the media anymore.

Rumors are circling that SpaceX boss Elon Musk is planning to launch his own ‘intergalactic media empire.’ The Daily Beast reported that he’s poached writers and editors from the Onion for a secret satirical news project. Musk is rumored to be funding the outfit

He rounded out the spectacle by saying that he plans to create a site called ‘Pravda’, a reference to the state-run Russian news agency, where people can rate journalists.

Specifically, they’d be able to rate the ‘core truth of any article and track the credibility score over time of each journalist, editor and publication,’ according to Musk.

In a separate tweet, Musk agreed with it being akin to a ‘Yelp for journalists’.

‘If you’re in media and don’t want Pravda to exist, write an article telling your readers to vote against it,’ he added.

Coincidentally, the SpaceX and Tesla boss incorporated a business by the name of Pravda Corp. in California last October, reporter Mark Harris pointed out in a tweet.

Musk seemingly acknowledged this by replying to the tweet with an emoji.

The rant, which totaled 19 tweets, was ignited by a report from electric vehicle-focused news website Electrek, which cited a recent report from Robert W. Baird analysts.

Baird analysts noted that ‘increasingly immaterial’ headlines had been flooding the news media, but that Tesla may still be able to recover from the ‘negative coverage/sentiment’.

Tesla has been hit with a number of hurdles in the past few months, as it has struggled to meet production goals for the Model 3 and continues to burn through cash.

Additionally, concerns have continued to grow around the safety of Tesla cars, as well as the working conditions at the firm’s Fremont, California-based factory. 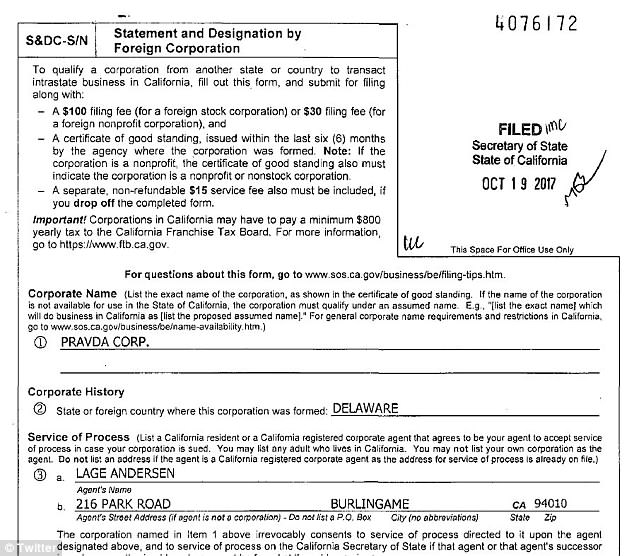 Coincidentally, the SpaceX and Tesla boss incorporated a business by the name of Pravda Corp. in California last October (pictured), reporter Mark Harris pointed out in a tweet

Just this week, Consumer Reports decided not to recommend the Model 3 sedan after it determined that it had the worst braking distances ‘of any contemporary car’.

And Musk has repeatedly complained on Twitter that media organizations dedicate more attention to covering crashes related to Tesla’s self-driving cars than it does to crashes from regular automobiles.

Wednesday’s tirade also isn’t the first time Musk has voiced an interest in creating some kind of media-related entity of his own.

In the recent past, the SpaceX boss poached several writers and editors from satirical news publication The Onion to work on a secret project he’s funding,according to The Daily Beast.

Possibly giving credence to the report, Musk sent out a pair of cryptic tweets early Wednesday, beginning with one that simply said ‘Thud!’

A reply to that tweet said: ‘That’s the name of my new intergalactic media empire, exclamation point optional.’

Unsurprisingly, Musk’s cheeky statement to the Daily Beast provided little indication as to whether or not the rumors were true.

‘It’s pretty obvious that comedy is the next frontier after electric vehicles, space exploration, and brain-computer interfaces,’ Musk told the Daily Beast.

‘Don’t know how anyone’s not seeing this,’ he added.

Musk is said to have ties to the Onion that span several years.

In 2014, Musk considered buying The Onion, but the talks never became official, possibly because he wasn’t interested in purchasing the outlet’s entertainment news vertical, The A.V. Club, the Daily Beast noted. 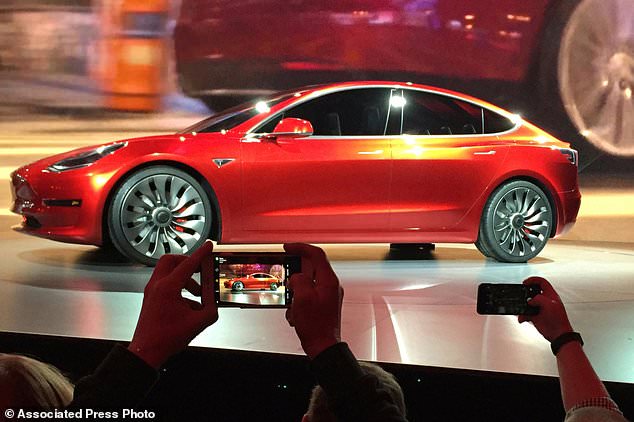 WHAT IF TESLA MISSES ITS MODEL 3 PRODUCTION GOAL?

Tesla’s released its new Model 3 electric car in July 2017 with a batch of 30 vehicles sold exclusively to members of staff.

Although the eco-friendly car is one of Tesla’s more affordable models, those looking to buy the vehicle may be waiting months before they can get behind the wheel.

Tesla had struggled to meet the impressive demand for its vehicle, with a reported 500,000 pre-orders put in so far.

Tesla has repeatedly missed production goals for Model 3, meaning those who have put down a £712 ($1,000) deposit for one of the vehicles may still have to wait until the end of 2018 to get their hands on it.

Tesla missed its production goal for 2017’s third quarter, producing only 260 vehicles compared to an earlier estimate of 1,500.

As a result, the company’s shares fell 5.4 per cent in after hours trading on November 1.

But the company added that ‘production bottlenecks’ had left it behind on its planned ramp-up for the Model 3.

In November it said it hoped to achieve a production rate of 5,000 per month by the end of the first quarter of 2018, pushing back what was originally a target for the end of 2017.

He’s also shared articles from the Onion and commented on their work in a Rolling Stone article last year.

Now, it seems that former members of the Onion, including editor-in-chief Cole Bolton and executive editor Ben Berkeley are working in Los Angeles on a secret project funded by Musk, according to the Daily Beast.

Bolton and Berkeley are said to have brought on other Onion staffers to work on the project.

Twitter users took turns offering their own theories as to whether or not Musk is actually launching a satirical news website.

It’s unclear whether or not Musk is serious about launching his own ‘intergalactic media empire.’ 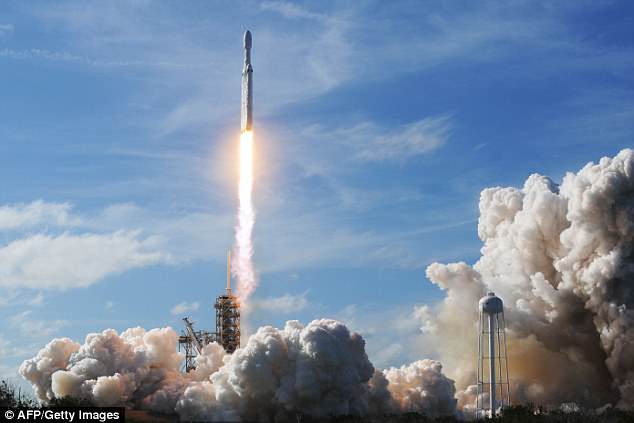 However, Musk has been known to tweet things out at random that eventually turn into real ventures. 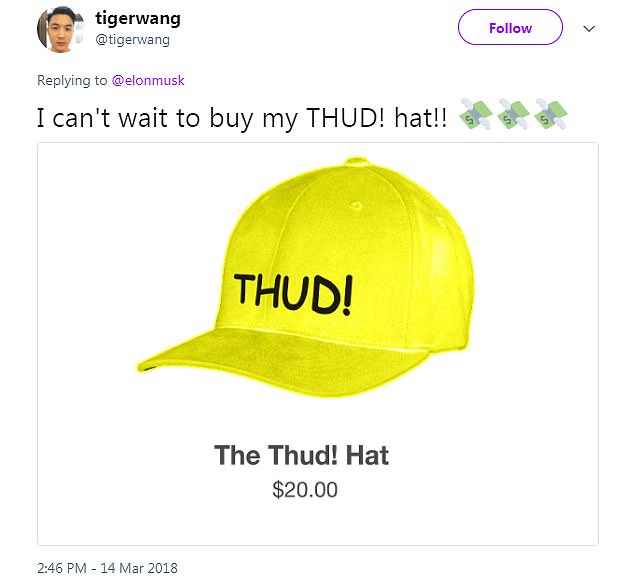 Additionally, Musk long claimed he’d send his own cherry red Tesla Roadster to Mars on board the Falcon Heavy.

Again, many believed the claim to be a joke, until he launched the world’s most powerful rocket into orbit last month.

To the surprise of many, Musk’s Roadster was the Falcon Heavy’s payload, along with a dummy passenger named Starman.

Musk’s Roadster is currently on an orbital path that crosses Earth’s and Mars’s, and is more likely to end up hitting our own planet, but it could be millions of years before that happens.