Elon Musk has waded into the federal government’s efforts to free WNBA star Brittney Griner from Russian captivity, saying the Biden administration should also free anyone else jailed for weed offenses in the United States.

‘If the president is working so hard to free someone who is in jail in Russia for some weed, shouldn’t we free people in America?’ Musk said in an episode of the Full Send podcast.

‘There are people in jail in America for the same stuff, shouldn’t we free them too?’ he asked, adding: ‘My opinion is that people should not be in jail for nonviolent drug crimes.’

Griner, 31, was found guilty on Thursday of smuggling drugs into Russia after a judge rejected her claims she accidentally left a marijuana pen in her bag when she entered the country in February. She was sentenced to nine years in prison.

Almost immediately following the verdict, U.S. President Joe Biden said he would work ‘tirelessly’ to pursue ‘every possible avenue’ to bring her and Paul Whelan – another American imprisoned in Russia – home.

The State Department is now working to negotiate a prisoner swap for the two Americans in exchange for Viktor Boult, a Russian arms dealer known as the criminal known as the ‘merchant of death.’

But in the United States, marijuana possession remains illegal at the federal level, and marijuana arrests now account for over half of all drug arrests in the country, according to the ACLU.

And of the 8.2 million marijuana busts between 2001 to 2010, the ACLU found, 88 percent were for simply having marijuana. 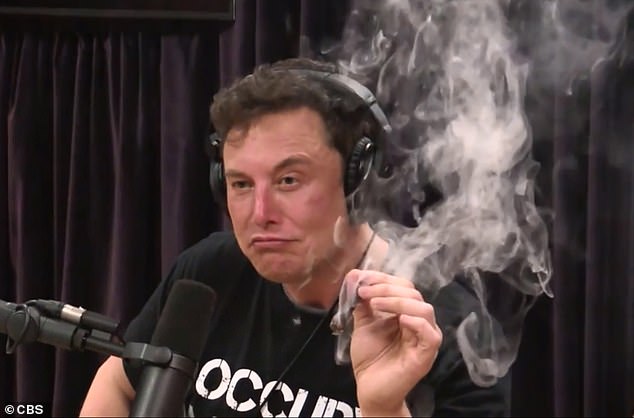 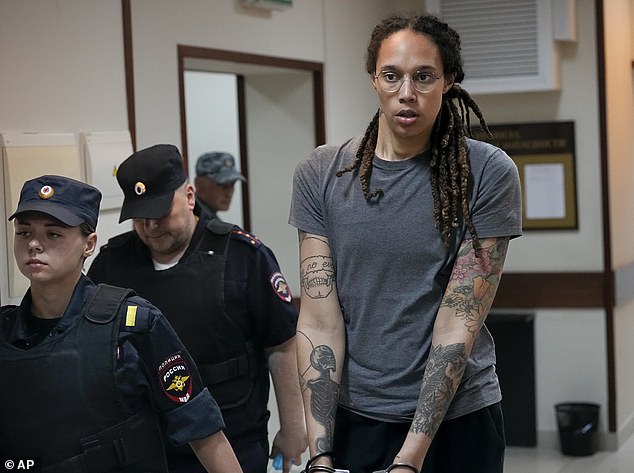 On Thursday, Griner was sentenced to nine years in prison after a Russian judge rejected her claims she accidentally left a marijuana pen in her bag when she entered the country in February

Musk also revealed in the podcast that he and the rest of his staff at SpaceX have to undergo regular drug testing for marijuana, after he went viral in 2018 for smoking a joint on an episode of The Joe Rogan Experience.

‘I did get a lot of backlash because it’s still federally illegal,’ Musk revealed to host Kyle Forgeard, group members Salim and Steiny, and Full Send President John Shahidi.

He claimed he only had ‘one puff’ on the podcast four years ago, saying he ‘finds weed’s not that good for productivity.

‘I do actually have to make the rockets work and the cars work,’ he said.

But, Musk said, following that appearance he and his staff have had to undergo regular drug testing.

‘SpaceX as federal government contractors, so our competitors were like “Why aren’t you doing anything? Look at him brazenly smoking weed on Joe Rogan’s podcast,”‘ Musk said of the federal governments decision to test his staff for drugs.

In the immediate aftermath of Musk’s appearance on The Joe Rogan Experience, Tesla stocks dropped 9 percent. 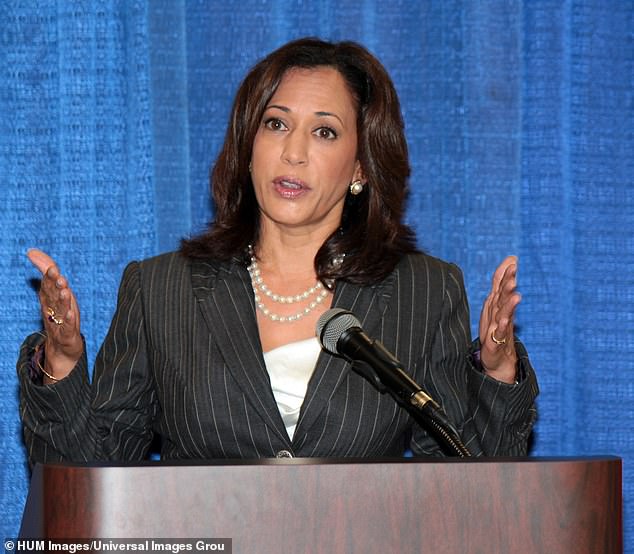 During her tenure as DA, Harris oversaw more than 1,900 marijuana convictions, and prosecutors in her office convicted people on marijuana charges at a higher rate than her predecessor

Musk’s appearance on the Full Send podcast came as people on Twitter slammed Vice President Kamala Harris as a hypocrite after she condemned Russian officials for sentencing Griner to nine years in prison — despite sentencing others to prison time when she served as a district attorney.

On Thursday, Harris tweeted: ‘With today’s sentencing, Russia continues its wrongful detention of Brittney Griner. Sher should be released immediately.’

She added that she and President Joe Biden ‘are working every day to reunite Brittney, as well as Paul Whelan, with loved ones who miss each of them dearly.’

But almost immediately after she posted her condemnation of Griner’s sentencing, people on Twitter pointed out that she locked up thousands of people on marijuana charges while she was the district attorney of San Francisco.

In fact, as the district attorney, Harris oversaw more than 1,900 marijuana convictions, and prosecutors in her office convicted people on marijuana charges at a higher rate than her predecessor, according to Mercury News.

A 2019 investigation by the Washington Free Beacon also found that between 2011 and 2016, while Harris was the California attorney general, at least 1,560 people were sent to California state prisons on marijuana-related offenses.

And although the number of low-level marijuana offenders sent to state prisons significantly declined after 2011, that was attributed to a state-wide initiative to curb state prison overcrowding and divert lower-level offenders to county jails.

Harris has also previously spoken out against the legalization of marijuana — actively fighting a ballot measure for recreational marijuana use in 2010, when she co-authored the opposition argument in a voter guide.

By 2014, when she was the state’s attorney general, law enforcement officers working for her state Department of Justice rented a helicopter to look for marijuana patches to raid without warrants, the San Francisco Weekly reported at the time.

They were using the ‘open fields doctrine,’ which meant that any marijuana stand not within the ‘curtilage’ of a residence could be destroyed without a warrant after being spotted from the air.

Harris really only came out for legalizing marijuana in 2018 — after she was widely considered a presidential contender.