In a tweet on Monday, Musk posted pictures of the company’s Starship Mk1 – one of two prototypes for a spacecraft that the entrepreneur plans to one day fly to Mars.

This marks the second time Musk has teased Starship in the past week and the first-ever glimpse of the rocket with its fins attached. 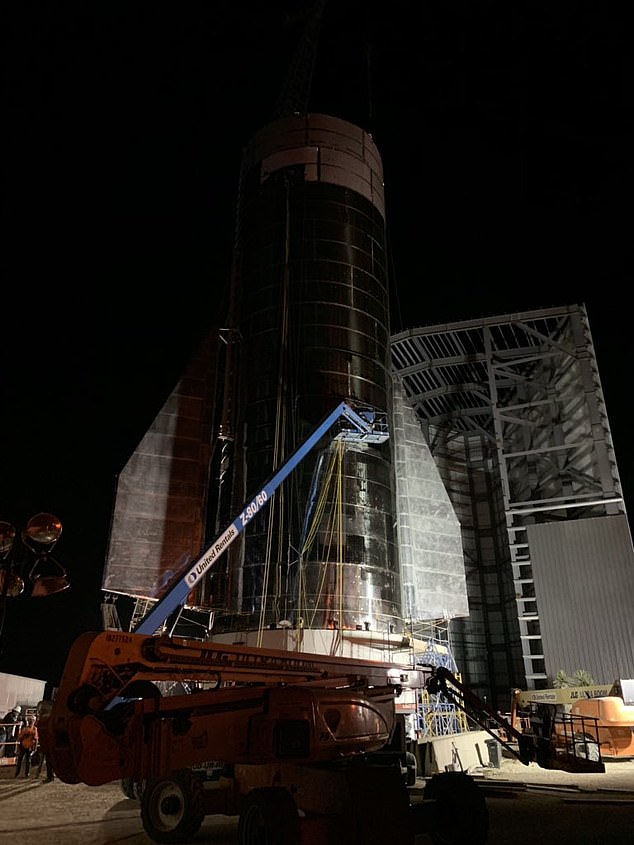 Earlier this month, an FCC filing surfaced that revealed SpaceX is ready to launch into the next testing phase for its Starship.

In the request, the Elon Musk-owned aerospace company is requesting permission to fly Starship more than 12 miles into orbit and then land the craft back down in the same spot.

The feat would mark a significant leap for the company, which recently completed a successful series of tests on Starship prototype, Starhopper, and gives new insight into just how close the company is to completing the vehicle.

Musk has previously alluded to an event later this month which could act as the unveiling of the craft and foreshadow a test launch in October.

SpaceX employees in Texas have been hard at work building the first iteration of the craft, the MK1, while a concurrent team in Florida is also in the midst of building a similar MK2 rocket with a different design and specs.

FCC filings indicate that the company will be looking to conduct the launch out of its site in Boca Chica texas where, according to Business Insider, SpaceX was recently granted permission to expand the facility in anticipation of future launches. 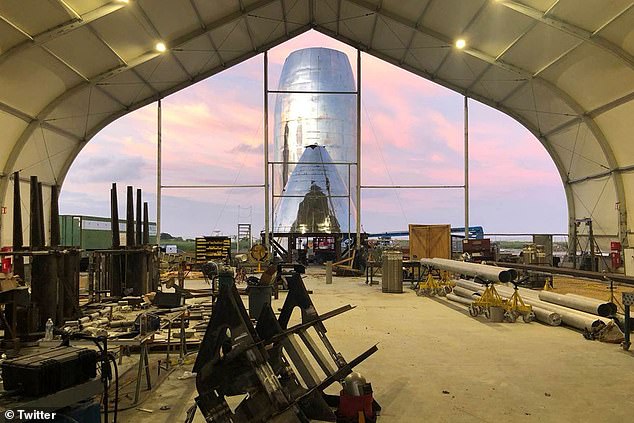 Starship is expected to carryout commercial flights in orbit around 2021, with the goal of one day traveling to Mars. Earlier this month, an FCC filing surfaced that revealed SpaceX is ready to launch into the next testing phase for its Starship

The company is looking to build on a series of successful tests from Starhopper which most recently saw the craft hover more than 100 meters into the air and safely return to the launch platform.

SpaceX hopes its style of reusable rocket will mark a major breakthrough in aerospace technology that will eventually make exploration cheaper and more sustainable.

Ultimately, Musk hopes that the company’s Starship could help humans reach Mars for the first time and has set an optimistic timeline for when the experimental craft might be able to do so.

The first crewed Red Planet mission for the rocket and 100-passenger Starship could come as early as the mid-2020s if development and testing go well, Musk has said

Additional missions may even include tourists trips to the moon by 2024, according to the CEO.