And in the days following the heartbreaking news, fellow reality TV stars have rallied around the couple to offer their love and support.

Among those leaving heartfelt messages was Elora Murger, who has been the subject of false rumours that she was somehow involved in the couple’s breakup.

‘I’m both their close friends’: Elora Murger insisted Megan did NOT leave Jake for her…as Bachelor in Paradise co-stars rallied around the former couple following their shock split

Responding to an Instagram follower who asked if Megan had ‘gone off’ with Elora following her split with Jake, the Tahitian beauty set the record straight.

‘No I did not, lovely,’ she wrote. ‘I’m both their close friends [and] supporting both of them through this.’

It comes after Megan and Elora formed a close bond on Bachelor In Paradise, with trailers for the show even hinting at a possible same-sex romance. 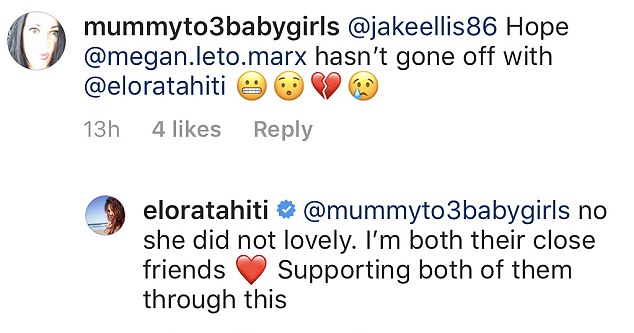 Response: Among the co-stars commenting the post was Elora Murger, who responded to one fan’s highly anticipated question of whether Megan left Jake to spark up a romance with her instead

A fling between the two openly bisexual women never materialised, however, leading angry fans to accuse Network Ten of ‘queer-baiting’.

(‘Queer-baiting’ refers to the practice of hinting at, but then not actually depicting, a same-sex romantic relationship between characters on a film or TV show.)

Meanwhile, fellow Bachelor In Paradise star Samual Cochrane also took to Instagram to tell his ‘brother’ Jake he was ‘here’ to offer support. 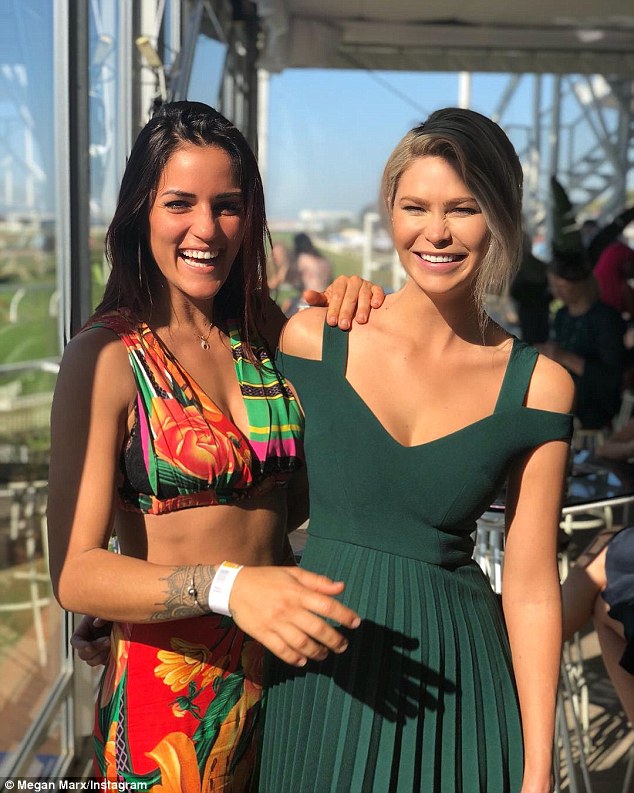 Close friends: The question comes after the two beauties forged a strong bond on the show and Megan had previously called Elora ‘hot’ while speaking to TV Week. Pictured Elora (left) and Megan (right)

Keira, who split with Jarrod earlier in the week, wrote: ‘Jake, this is actually the sweetest thing I have read. I love that you have that faith and trust. Thinking of you both.’

Jake’s original break-up post read: ‘Megan and I are sadly taking a break from our relationship together and words will never express the heartbreak I’m feeling right now.

‘No matter what you believe, our relationship was as real and beautiful as they come, I love her wholeheartedly. Megan is and always will be the best part of me, the most beautiful and intelligent woman I’ve ever had the privilege of loving, my best friend.’ 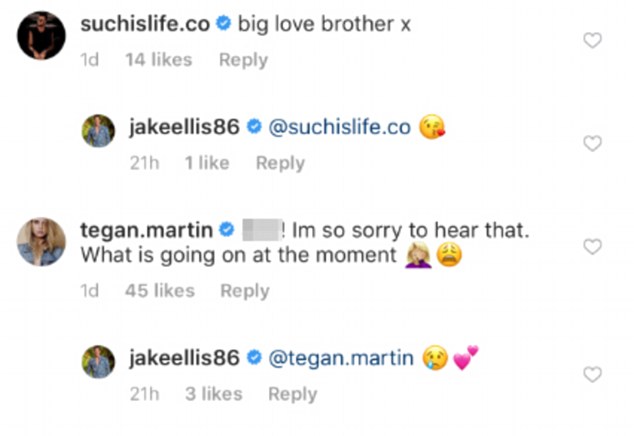 Support: Joining in also was Tegan Martin, who was surprised to hear the news: ‘Sh*t! I’m sorry to hear that. What is going on at the moment,’ she wrote, as co-star Brett Moore also commented writing ‘Big love brother’ 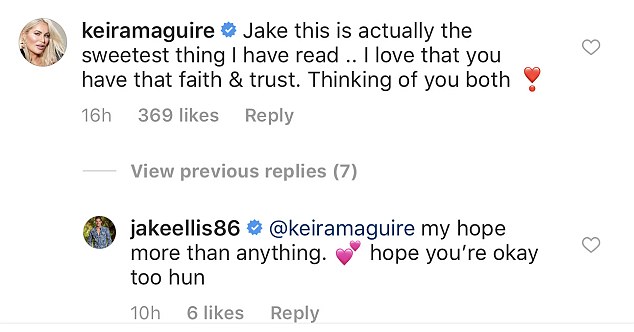 ‘Jarrod this is actually the sweetest thing I have read.. I love that you have that faith and trust. Thinking of you both,’ Kiera wrote, who split with Jarrod in the same week

Megan and Jake first struck up a romance on Bachelor In Paradise, which filmed last year, and celebrated six months of dating in June.

The Bachelor continues Thursday at 7:30pm on Network Ten 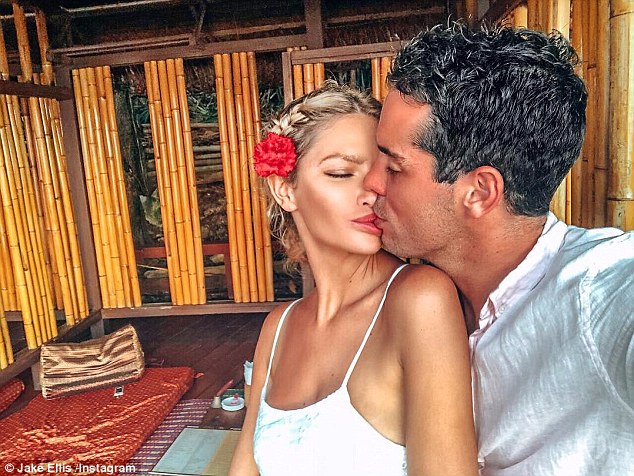 History: Megan and Jake first struck up a romance on spin-off Bachelor In Paradise and celebrated six months of dating in June this year