We’re used to seeing her strike a pose for fashion brands like Seafolly and Myer, but model Elyse Knowles looked right at home getting back to basics in the jungle too.

The blonde beauty grinned from ear to ear as she explored her tropical surroundings in Sumba, Indonesia, on Tuesday.

The Block star, 24, showcased her jaw-dropping figure as she posed sultrily in a grey snakeskin print bikini and Indiana Jones-style hat.

‘Absolutely in my element!’ Make-up free Elyse Knowles flaunted her jaw-dropping figure in a skimpy snake-print bikini during her Indonesian holiday

The natural beauty went makeup-free in the shot, showing off her enviably clear complexion.

She captioned the sizzling snap: Absolutely in my element , another successful day exploring this special island stumbling across this natural spring.’

‘The surroundings suit you,’ one wrote, while a second added: ‘So beautiful – you and the scenery!’ 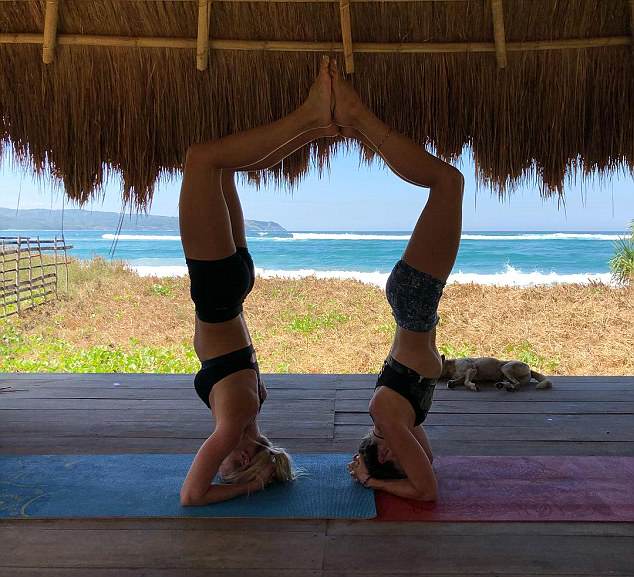 Yoga lovers! The blonde bombshell and her friend later practiced back-to-back headstands by the beach 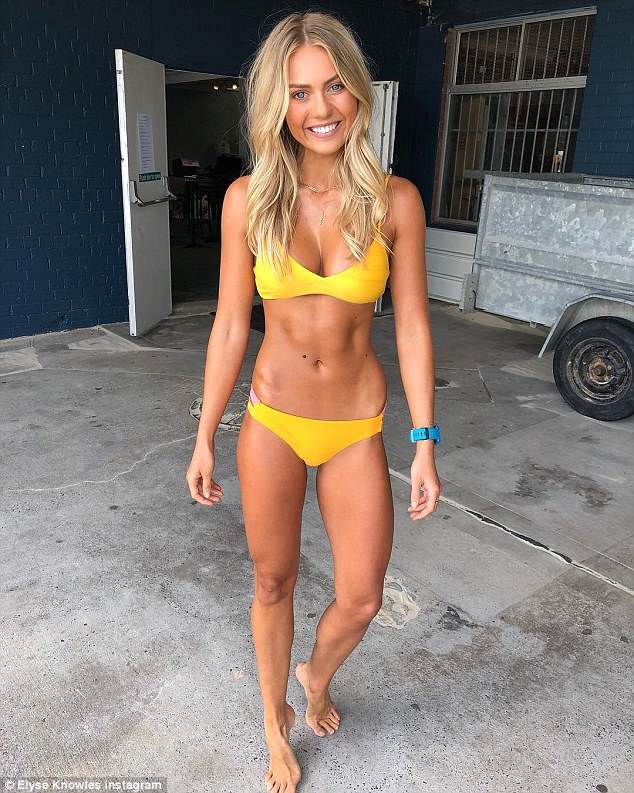 Later that day, Elyse gave her followers an insight into the hard work she puts into her figure.

The exercise enthusiast posted a picture of herself and best pal Jess Baldock doing symmetrical headstands, explaining that the tricky pose came after hours of practice.

Taking to Instagram, she wrote: ‘I said I couldn’t, I told myself I CAN, and I did! Every morning in this heavenly location doing our workouts then a stretch and some yogi holds with @jessbaldock #neversaynever’.

The svelte star is known for her determination and grueling workouts. When the beach babe landed her ‘dream job’ as the face of Seafolly, Elyse admitted to working out multiple times a day as preparation for photoshoots.

Exercise addict: Elyse has previously confessed to working out up to three times a day

She wrote on her blog: ‘I was training heaps in the lead-up to Seafolly. Up to two to three times a day on occasions. From HIIT classes, to weight classes, to long and brisk walks with my puppy.

‘When I was training, I would say to myself, “SEAFOLLY, SEAFOLLY!” This little chantkept me strong and focused during each session.

‘When I thought I couldn’t go any harder, I’d picture the years of hard work to get myself here and just keep on pushing.’

However, Elyse explained that she listened to her body and ‘slowed it down’ when she started feeling exhausted.

She shot to fame as an international model, but broke into the television world last year when she and boyfriend Josh Barker were crowned winners of The Block. 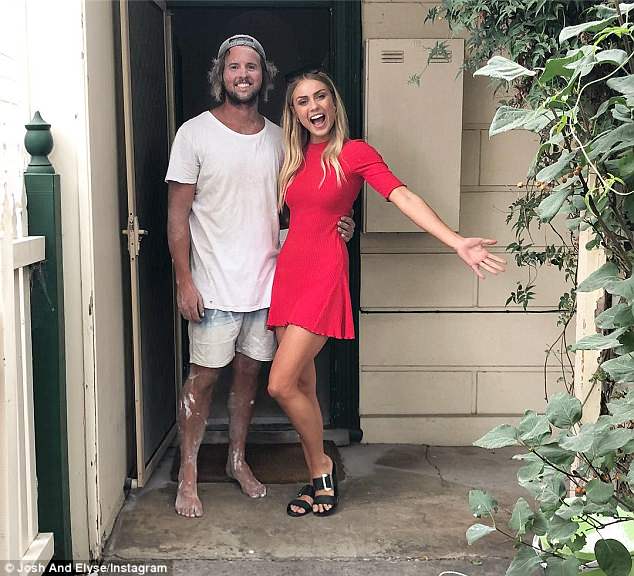 Champions! She shot to fame as an international model, but broke into the television world last year when she and boyfriend Josh Barker were crowned winners of The Block